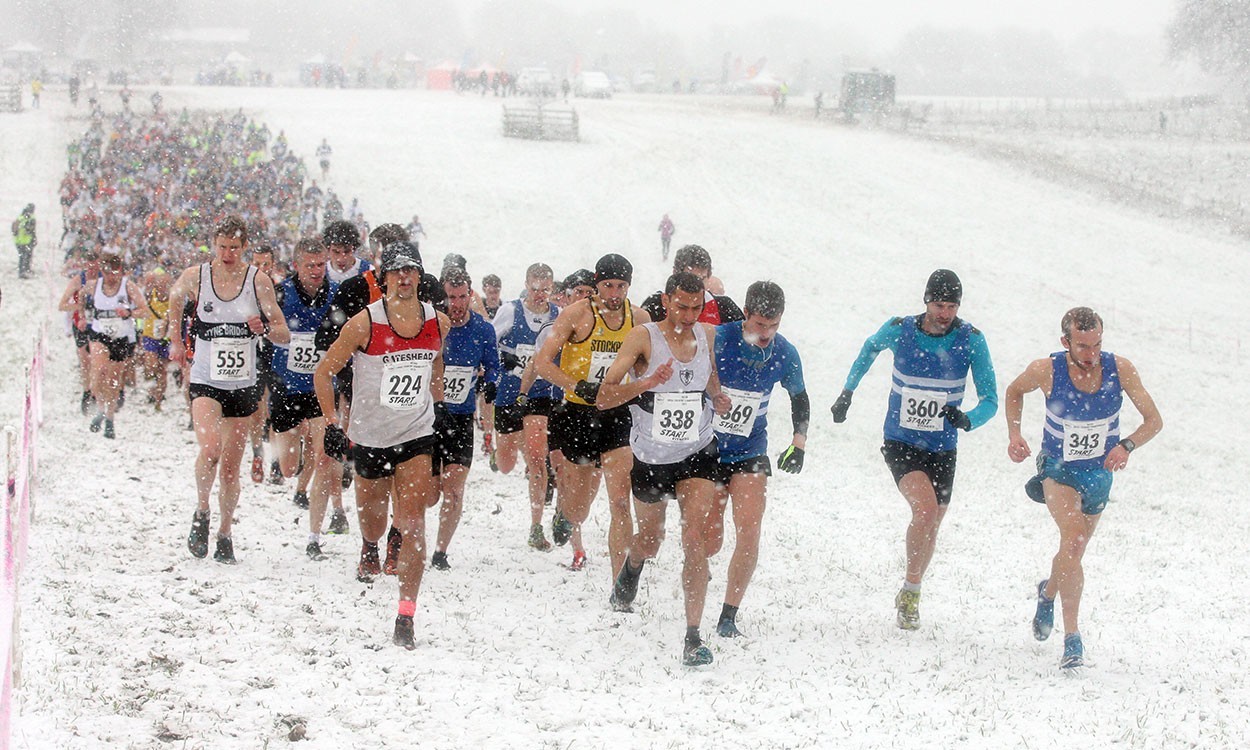 All eyes were on France for the Euro Cross, but there were other highlights including at the North East Cross Country Champs, Telford 10km and Australian 50km Road Walking Champs

The main attention might have been on the European Cross Country Championships in Hyères, France, but there were a number of other highlights this past week.

You can find a report for senior Euro Cross action here, while a report on the under-23 and junior races is here and there will be much more in-depth coverage in the December 17 edition of Athletics Weekly magazine.

There were record numbers at the 110th edition of these championships despite poor conditions as overall 964 athletes finished.

Patrick Martin won the men’s race in a blizzard in 40:53.

All three main winners repeated their victory from the previous week in the Kent Championships.

Chris Greenwood easily won the M40 race and led his Kent AC team to victory in a time of 32:12. W50 Clare Elms became the oldest overall women’s winner as she won her fourth title, while Ben Reynolds won an exciting tussle with defending champion Andrew Leach, who had beaten him in the Masters International in Dublin to be top Englishman. Reynolds timed 33:58 to Leach’s 34:01.

Behind Elms, Sally Judd, the mother of Jessica Judd, had her best ever result when finishing third overall woman behind W45 winner Jo Kent, and took the W40 gold medal.

A fuller report will appear in this week’s issue.

Representing Middlesex, German Svenja Abel won the women’s race in 21:26 from Steph McCall who led Surrey to victory and took the under-23 title held in conjunction.

Niamh Bridson-Hubbard won the under-20 race and another Kent victory was achieved by under-17 Alasdair Kinloch.

Harley Norman, whose mother Diane, the world masters pentathlon record-holder, won a masters medal in the cross-country, edged Rowan Fuss in the under-13 race.

A fuller report will appear in this week’s magazine.

Greatly improved Rachel Haines, who had only been 10th in 2014, pulled off a surprise women’s win in 23:46, four seconds ahead of Freya Ross.

A fuller report and Steve Adam’s photographs will appear in this week’s issue.

Garrett Heath, who has won the last two middle-distances races at Edinburgh, won the men’s race in 29:06 while Amy Van Alstine won the women’s race in 19:51.

A fuller report and photographs will appear in this week’s magazine.

Martin Duff’s report and photographs will appear in this week’s issue.

Bethan Davies clocked a British record-breaking 3000m race walk time of 12:46.77 in Cardiff, while Cameron Corbishley broke the national junior record mark with his time of 11:47.12.