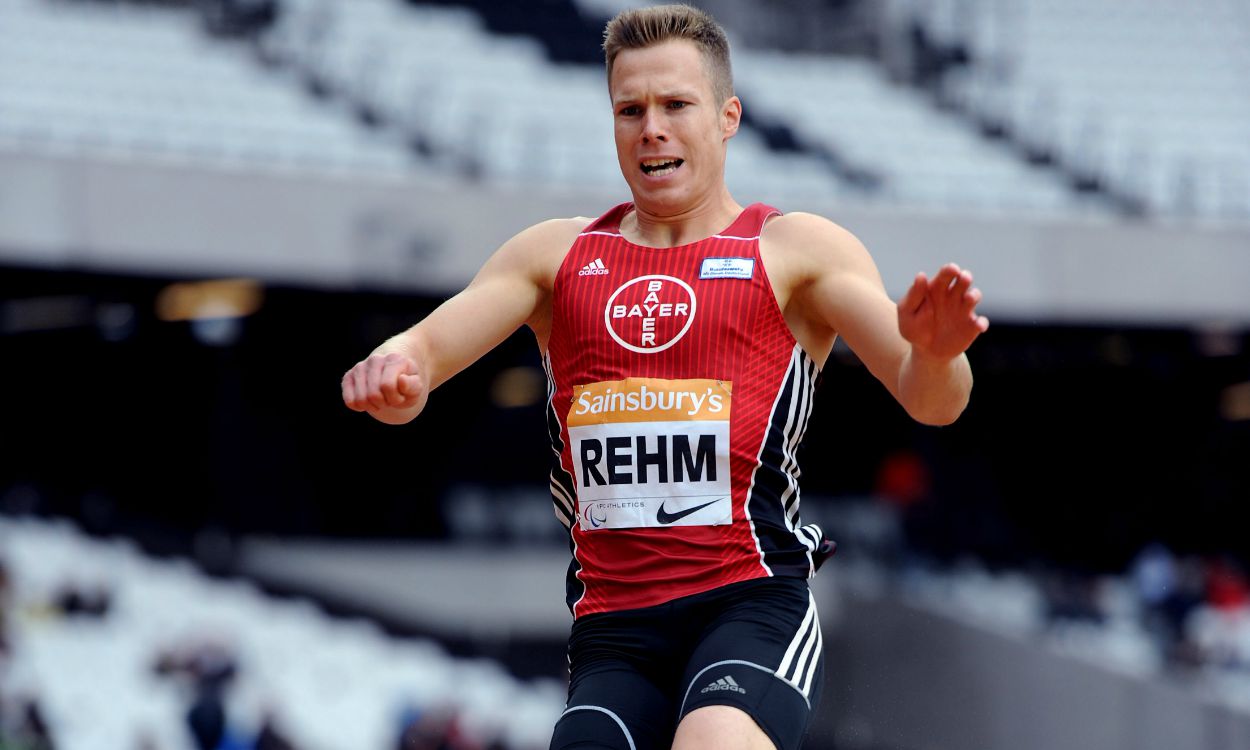 Markus Rehm recorded the longest leap at the German Championships for the second year in a row on Friday (July 24) but the Paralympic gold medallist was unable to compete for the national long jump title, despite claiming the honour in 2014.

The 26-year-old single-leg amputee, who competes wearing a carbon fibre blade prosthesis following a wakeboarding accident when he was a teenager, leapt 8.11m in Nuremberg to beat Fabian Heinle with a best of 8.03m. Last year Rehm had recorded a world record in the F44 classification of 8.24m – a PB mark he has since improved to 8.29m – to win the national title ahead of 2010 European champion Christian Reif and although he has been allowed to keep that honour, he explained to AW that the German athletics federation had considered him ineligible for the 2015 title.

“I couldn’t win,” he said. “Last year I won and they let me win (the title) but this year I was competing out of the ranking.

“Last year they let me compete in the ranking, then there was a big discussion if I have to give the title back or not,” he added. “There was a long discussion with a few athletes as well and then they decided I would still be the champion of 2014 but it is not possible to be the champion for 2015, so I could compete but I could not win.”

The decision follows questions about whether Rehm’s blade gives him an advantage, with the situation requiring consideration because of the distances he is achieving. The 7.83m Rehm jumped in London’s Olympic Stadium to win at the Sainsbury’s Anniversary Games on Sunday (July 26) would have placed him in the top 10 of the Olympic final in the same venue three years ago, for example, while his 8.29m PB would have got him the silver behind Greg Rutherford.

Added to this is that with the German Championships acting as the trials for major events – this year’s being the IAAF World Championships – the winner would usually secure automatic selection should they also have achieved the necessary standard. After winning the national title in 2014, Rehm was not selected for the European Championships in Zurich.

Speaking to AW at the Anniversary Games, where he recorded a distance more than a metre further than his nearest F44 rival, Rehm said: “I understand the problem, that is not the point, I really do understand but it is just not nice if everyone is just talking about your prosthesis. There is a lot of training behind this and it is a shame that they always just talk about the prosthesis.

“I do understand the discussion,” he added. “We have to find out and maybe we can make some measurements and find out if there is an advantage or maybe a disadvantage as well. I am really looking forward that we find a way for the future and maybe we are able to compete as well in other meetings or other big competitions just out of the ranking. That is a great possibility to show that we have amazing athletes as well in Paralympic sport and just to get awareness for the Paralympic sports.”

Commenting on the importance of the IPC Athletics Grand Prix Final, which formed part of the three-day Anniversary Games, the 2011 and 2013 world champion said: “This was really important today. I was really happy to come back to the Olympic Stadium where I have really good memories.

“I was really looking forward to this competition and I could reach a new stadium record. Hopefully I can come back one day and go beyond eight metres.”