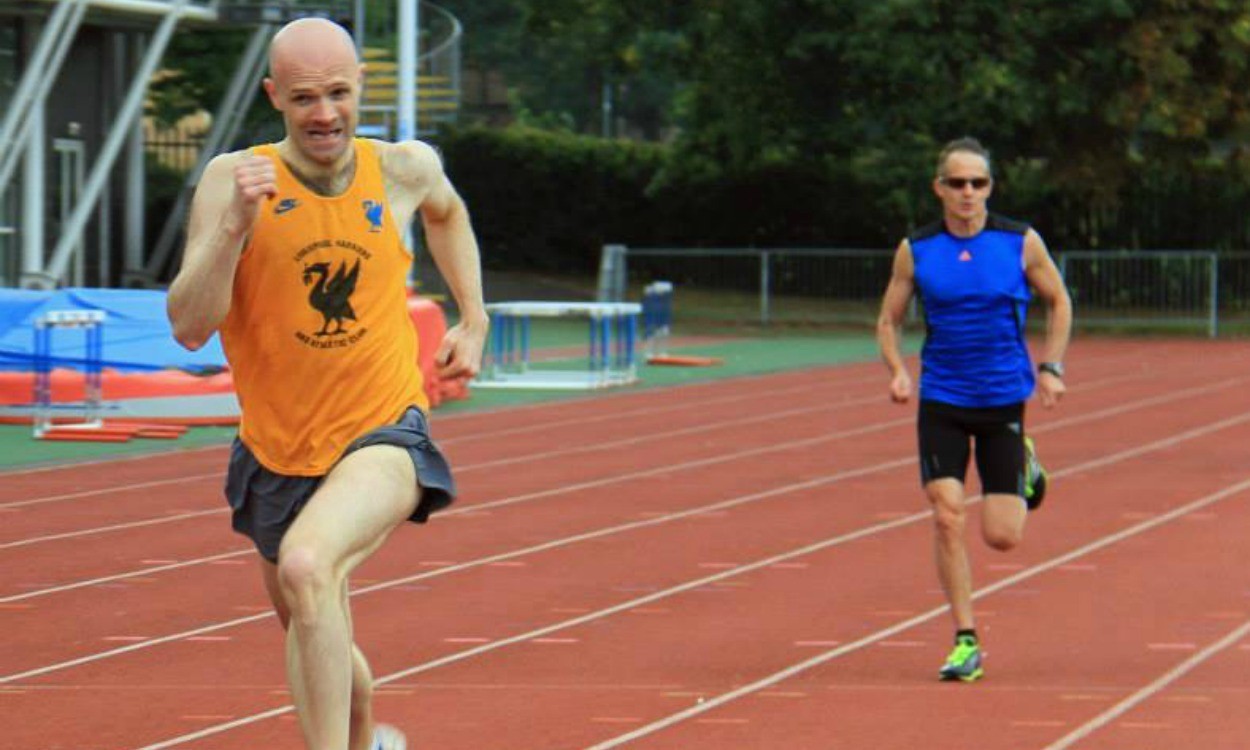 A handicap 800m race in memory of Mark Sesay could become an annual fixture following a successful inaugural event at Loughborough.

Curtis Robb (pictured above), the 1992 Olympic 800m finalist, emerged as the winner the two-lap run, which was organised by another British 800m Olympian, Andy Hart and his wife Analie, in order to remember the career of friend and fellow international Sesay.

Sesay, a former UK 800m champion with a best of 1:45.68, died aged 40 last year. A super-talented teenager, he was the first of only two under-17 athletes from Britain to have ever dipped inside 1:50 for 800m and he held that UK record until 2012. Sesay went on to become UK 800m champion and represent Great Britain at the 1999 World Championships in Seville, Spain, having been dubbed ‘the next Coe’ as a youngster because of his raw ability and Loughborough links.

“Mark would have no doubt thought it hilarious to see all the old guys getting competitive with their grey, balding hair and ageing bodies!” said Hart, whose PB is just a few hundredths slower than Sesay’s.

Analie added: “It seems everyone is keen to make it an annual event so that’s great. It really was such a special day and Mark’s family were thrilled to see everyone getting together to run in his memory.

“There was a good turn out and even Matt Hibberd (former English Schools 800m champion), who came with no intention of running, borrowed Andy’s trainers and running tights and took to the track!”

Robb cruised around in 2:06 – the quickest of the day – which was no surprise to many because it’s well known that the athlete-turned-surgeon has kept himself in good shape and still races occasionally at club level.