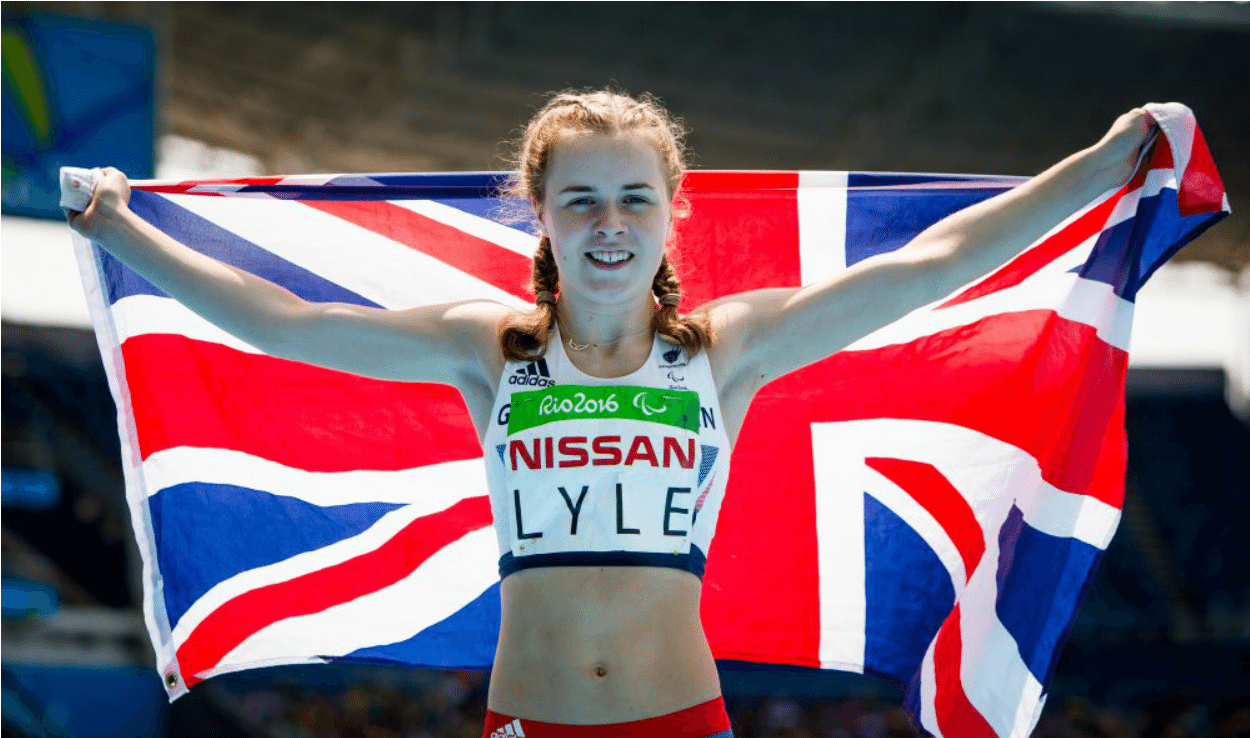 A teenage trio stole the show in the women’s T35 200m as Britain’s Maria Lyle secured her third medal of the Rio Paralympic Games, winning bronze, while her fellow British sprinter Sophie Kamlish ran a T44 100m world record in qualification for the final.

Lyle, who is 16 years of age, took the same medal in the 100m a few days prior but was unable to get close enough to the 17-year-olds Zhou Xia and Isis Holt, securing bronze with a season’s best of 29.35.

Zhou and reigning world champion Holt were out clear of the Brit as they entered the home straight, and the Chinese sprinter was able to maintain her form to clock 28.22 ahead of the Australian in 28.79.

Former champion Oxana Corso of Italy was far back in fourth, clocking 32.68.

Lyle, who was part of Great Britain’s silver medal-winning quartet in the T35-38 4x100m, said: “I’m pleased; that is a season best for me. I’ve come away with three medals from the Paralympics so I couldn’t have asked for any more.

“It’s great to see the sport developing and a lot of new athletes coming through. It will only help to keep pushing me to improve and hopefully I’ll be in the mix again in London next year.

“Not everyone gets to come to a Paralympic Games, never mind win a medal so it has been amazing experience. Although it’s a relief to be finally done, now I can enjoy these medals.”

Kamlish finds herself in a stacked event up against Dutch blade running superstar Marlou van Rhijn and German Irmgard Bensusan, but will rightly have no fear after qualifying fastest for the final, beating April Holmes’ 10-year-old world record with a 12.93 win.

The 20-year-old came into Rio in good form having run a British record of 13.26 in July, but absolutely smashed that to put herself in contention for gold.

“Well I guess no one was expecting that – maybe I wasn’t expecting that either,” said Kamlish. “I was hoping this Paralympics may take me sub-13 seconds but that was quite an optimistic hope … I’ve never not run as fast as I can so I did that for this one and managed to get a world record.

“It’s given me a lot of confidence. I was pretty nervous because I’ve been running well this year but in terms of personal bests, I was probably ranked around fifth coming into this one. But now I have the world record, maybe there is a bit more pressure but I am really looking forward to it.”

Bensusan had previously broken the Paralympic record with a 13.08 win in the first heat, followed by the 24-year-old Dutch sprinter, who won in 13.31.

Kamlish will be joined by 200m finalist Laura Sugar who went through as a fastest loser in 13.59, but 43-year-old Holmes, the champion in 2008 and long jump bronze medallist 12 years ago, crashed out.

Triple gold medallist Tatyana McFadden set a Paralympic record of 1:45.17 in her T54 800m heat to continue her outstanding record so far in Rio. Britain’s Jade Jones was unable to bounce back from disappointment in the 1500m and 5000m as she missed out on a place in the final for a third time, finishing fourth in the first heat in 1:53.61.

Samantha Kinghorn goes into the T53 800m final as fifth in the world and third fastest in qualification after a European record of 1:48.89 saw her progress comfortably in through the faster of the two heats, though she faces a mammoth challenge to make the podium up against the big-hitting reigning champion Zhou Hongzhuan and world record-holder Angela Ballard.

Ex-wheelchair rugby player Peter Genyn marked his seamless transition three years ago into wheelchair racing with a T51 400m gold, beating the 24-year-old Paralympic record in 1:20.82 and completing the career set after world and European titles in the past 12 months. Britain’s Stephen Osborne was fifth in 1:25.05.

France’s Nantenin Keita won her first Paralympic gold at the fourth time of asking after two bronzes and a silver in Beijing and London, leading from the gun in the T13 400m and setting a European record of 55.78 ahead of Ilse Hayes in second and Leilia Adzhametova in third.

Canada’s Michelle Stilwell completed the T52 100m and 400m double as she set a Paralympic record of 19.42 over the short sprint beating USA’s Kerry Morgan and reigning champion Marieke Vervoort into silver and bronze.

Pre-event favourite Martina Caironi qualified for the T42 100m final with a Paralympic record of 14.80 but Britain’s Julie Rogers was down on her best form, only registering 17.41 which wasn’t quick enough to qualify for the final.

Germany’s Heinrich Popow set a Paralympic record of 6.70m in the T42 long jump, coming close to his own world record set earlier this year to beat Atsushi Yamamoto with a 6.62m effort for silver and Danish jumper Daniel Wagner who leaped out to 6.57m for bronze.

In qualifying for the T12 200m final Cuba’s Leinier Savon Pineda held plenty back in the tank as he went through fastest in 22.28.