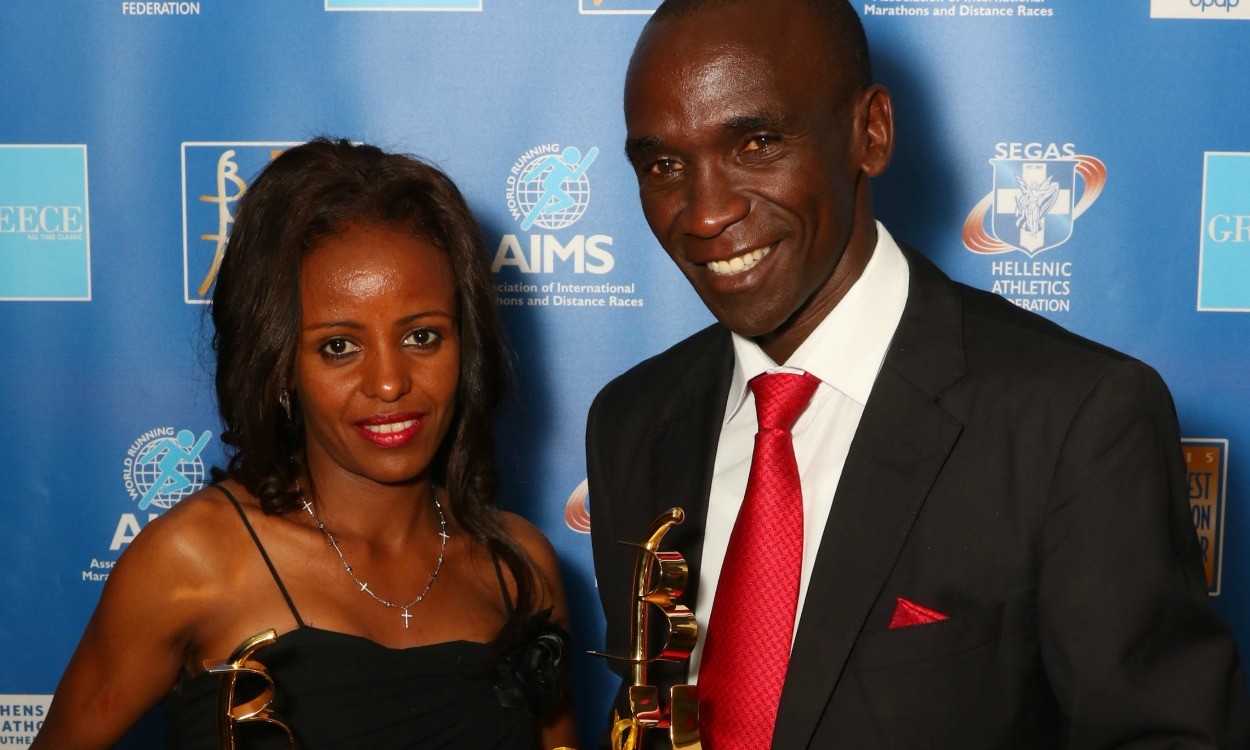 Duo voted the best marathon runners of 2015 by AIMS members

World running organisation the Association of International Marathons and Distance Races (AIMS) has named Eliud Kipchoge and Mare Dibaba as the winners of the AIMS best marathon runner award for 2015.

The duo were voted for by AIMS members, made up of over 390 of the world’s leading and most prestigious distance races from over 108 countries and territories.

Kipchoge and Dibaba received their awards at a gala in Athens, Greece.

Ethiopia’s Dibaba finished second in the 2014 Chicago Marathon in 2:25:37 before going one better to win the Xiamen Marathon in January in a time of 2:19:15. She would take that form into the IAAF World Championships in Beijing where she won gold in 2:27:35.

“It is very special for me to have won the AIMS best marathon runner award,” said Kipchoge. “I am very proud of my achievements this year and this award reflects that.

“I am honoured to receive a truly global award voted for by the AIMS members, over 390 races around the world. I would like to thank AIMS and their sponsors for their recognition of my achievements.”

Dibaba commented: “It is incredibly special for me to receive this prestigious award. It makes it extra special that I have received it in the spiritual home of the marathon in Greece. I would like to thank AIMS for recognising my achievements.”

The Chevron Houston Marathon received the AIMS Green Award in recognition of their year-round efforts towards ‘going green’, while the AIMS Social Award was presented to the Maratón Internacional Lala for their work raising money for children from low income areas who need dental surgery.

The AIMS Lifetime Achievement Award went to Frank Shorter in recognition of his role in the development of the marathon movement, particularly in the USA. He is the only American athlete to win two medals in the Olympic marathon event, claiming gold at the 1972 Olympics in Munich before going on to win the silver medal at the 1976 Olympics in Montreal, Canada.

Further to his achievements in athletics, Shorter was a founding member of the United States Anti-Doping Agency (USADA) and served as chairman from 2000 to 2003.