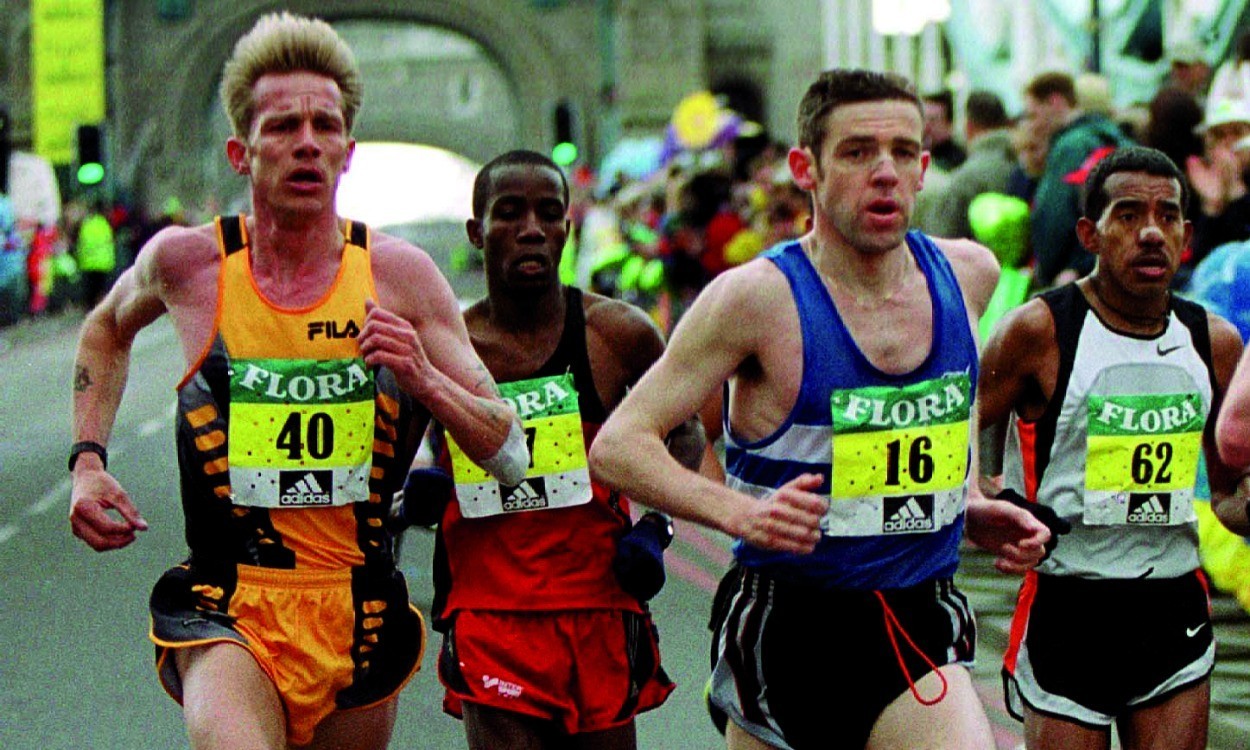 Paul Evans is one of the fastest all-time British marathon runners courtesy of his 2:08:52 victory in Chicago almost 19 years ago. His record also shows third and fifth finishes at London as well as a runner-up spot in New York. In addition, he represented Great Britain on the track over 10,000m at the Olympic Games in Barcelona in 1992 and Atlanta four years later.

His finest year as an athlete was 1996 and here we look at the preparation for his races in training to see if there are lessons for today’s athletes. Before the London Marathon of that year his training consisted of approximately 100 miles of running per week and this is outlined in the below panel.

He tapered his training for three weeks leading into London where he fnished third in 2:10:40. The taper involved reduced volume, but an increase in quality – particularly in 400m reps. After London he had two weeks’ rest and then, having decided against running the marathon in Atlanta because of the high humidity, he prepared for the 10,000m. His mileage during this period was 75-80 miles per week and the quality was increased compared to the spring build-up. This included sessions such as 12-16x400m in 60-62sec and he also included a number of track races for speed.

His best ever performances included 1:51.04 for 800m and 3:45.4 for 1500m, which were both set in 1989 and represent good basic speed for a marathon runner. He would often race 800m and 5000m on the same day with varying tactics. He finished third at the UK 10,000m trials in 1996 to qualify for the Olympics in Atlanta and later ran a qualifying time for 5000m and thus had the qualifying times at three events for those Games.

Evans qualified for the final of the 10,000m in Atlanta but failed to finish the final because of the humidity and high temperatures. During this period he was running 80-90 miles a week and he emphasised that this speed was vital to his preparation for the autumn Chicago Marathon. A 10km road race at Perivale in 28:40 indicated that he was in the form of his life.

He travelled to Chicago and allowed a week to acclimatise to the changes in time zones. In the race he wasn’t comfortable in the first few miles and fell behind the leaders, reaching halfway in 65:30, but he caught the leaders at 18 miles and went on to win in 2:08:52, his last three miles the quickest part of his race. Interestingly, he ran the Chicago event the following year and finished fourth in 2:09:10, finishing ahead of marathon debutant Jon Brown, who would go on to finish fourth in two successive Olympics. 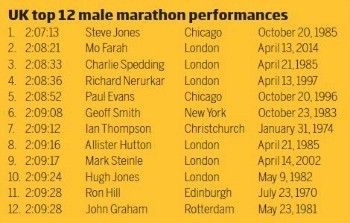 Evans did most of his training alone around his home near Lowestoft and on the track at Great Yarmouth.

The key lessons to be learned from his training are that the quality of running was very important and he did not rely on high mileage alone. It is interesting that of the top 12 British marathoners of all time only Mo Farah appears in the list in the last decade. Running legend Ron Hill’s best still looks good almost 45 years later.