Marathon man Steve Smythe on the lure of London 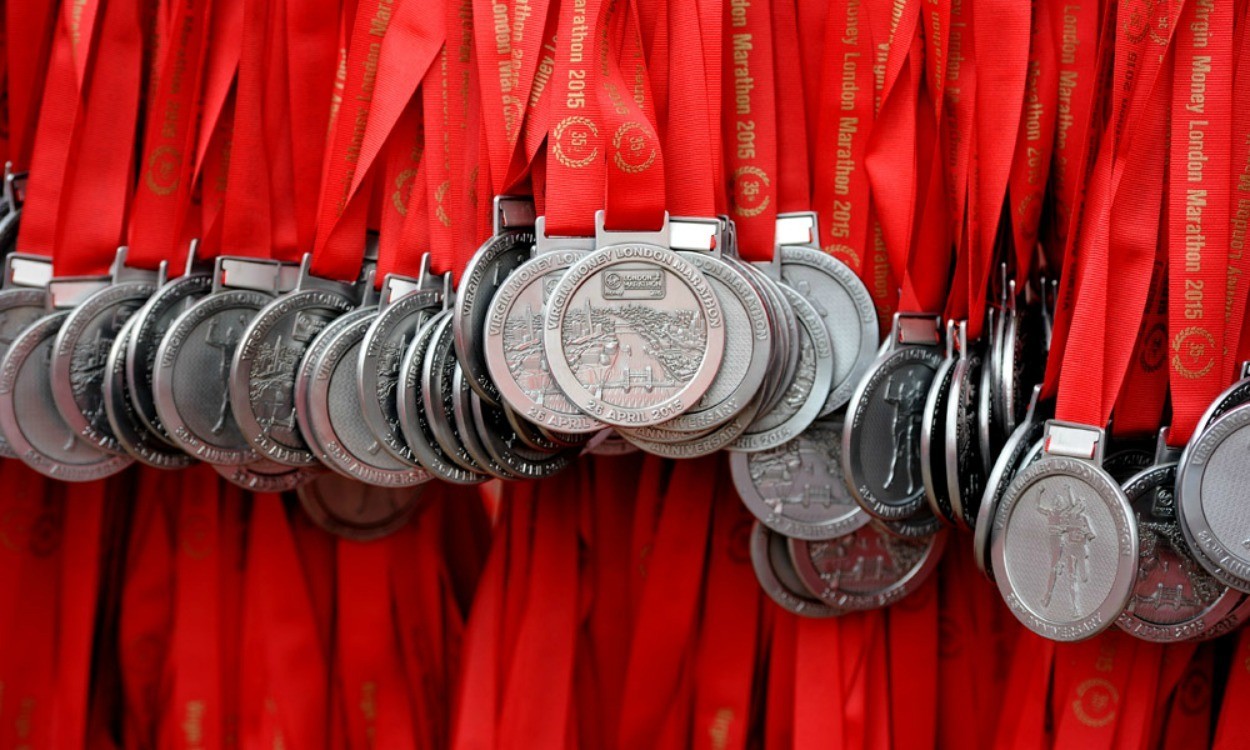 It’s not the fastest marathon compared to Berlin or Chicago or the biggest compared to New York or Paris, but London is the overall best marathon by some distance and it was a honour to take part in my 34th (and 32nd in a row).

In my view, the race has clearly the best elite fields, the best course, the best and most enthusiastic crowds and the best organisation. This year it was a record field for London, too, with well over 37,000 finishers.

Eliud Kipchoge won a superb men’s race in style in 2:04:42 ahead of defending champion Wilson Kipsang as Kenya clean-sweeped the podium.

However, with the almost inevitability of African domination, far more people seemed interested that it was AW cover star Paula Radcliffe’s final marathon and that someone in a Spider-Man costume (Paul Martelletti with 2:30) set a world superhero record. A Kenyan 2:04 is no longer headline news.

But you can’t argue with the significance of Radcliffe’s emotional farewell. Britain’s greatest-ever female distance runner or road runner of either gender signed out in style. It certainly overshadowed the performance of surprise women’s winner Tigist Tufa. The Ethiopian blazed a 16:14 5km between 35km and 40km. It sounds impressive but it was still a lot slower than Radcliffe’s average pace from her record run and her final time of 2:23:22 would have left her well over 2 kilometres down on Radcliffe in 2003.

Of course, in terms of longevity, 13 years of marathoning isn’t that long but her world record set in 2003 will last some time – some think a men’s sub-2:00 will arrive before a women’s sub-2:15. With Radcliffe it’s also not just the marathoning that impresses, but also her previous 10 years of top class racing on the track and country and the impression she has made on women’s running.

Having been the first to interview Radcliffe for a national magazine 25 years ago and been on the course in Helsinki when she won her world marathon title, it would have been nice to have been running slightly closer to her than I was on Sunday and she was being interviewed as I finally finished.

Fears that a poor weather forecast would affect crowd support proved unfounded. I think it was the greatest support I’ve ever known in all my London appearances and I think the ‘Paula effect’ was a major factor. 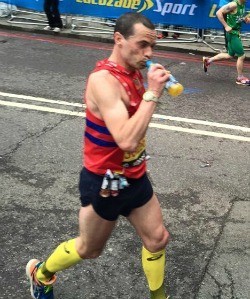 From a personal point of view, this was my 40th year of marathoning and had I achieved the sub-3:00 which looked a formality six weeks ago, it would have moved me to third on this list: www.arrs.net/TR_SSpan.htm

However, a back injury followed by calf pulls in both legs and then a serious chest infection meant just finishing was hard enough and with just five proper training runs in the last six weeks I struggled around in 3:14, which does at least give me a good-for-age place in 2016 and 2017, which if I do in 2017 will give me a record 40-year span if the body holds out.

As it was, I moved down the list as London Marathon ever-present Chris Finill, who had remarkably run sub-3:00 in every edition of London until being injured last year, ran a 2:52:39.

Luckily I avoided a drugs test as for my chest infection I was prescribed steroids as well as antibiotics but disappointingly my last 100m was more like Maid Marian than Marion Jones.

Having been around so long, I did get some good shouts on the course including from 1983 winner Mike Gratton and my namesake Steve Smythe, who shouted “come on the other Steve Smythe,” which confused me because he’s the other one!

There was a point when I was getting suspiciously over-cheered along one stretch, but it didn’t take me too long to realise I was being flanked either side by two people with ‘Steve’ on their vests.

» Steve Smythe (the AW one) is Athletics Weekly’s results editor and has a marathon best of 2:29:42 which was run at the first-ever London Marathon in 1981

» Look out for the April 30 edition of Athletics Weekly magazine as it’s a bumper London Marathon coverage special issue packed with reports, news, results and photographs