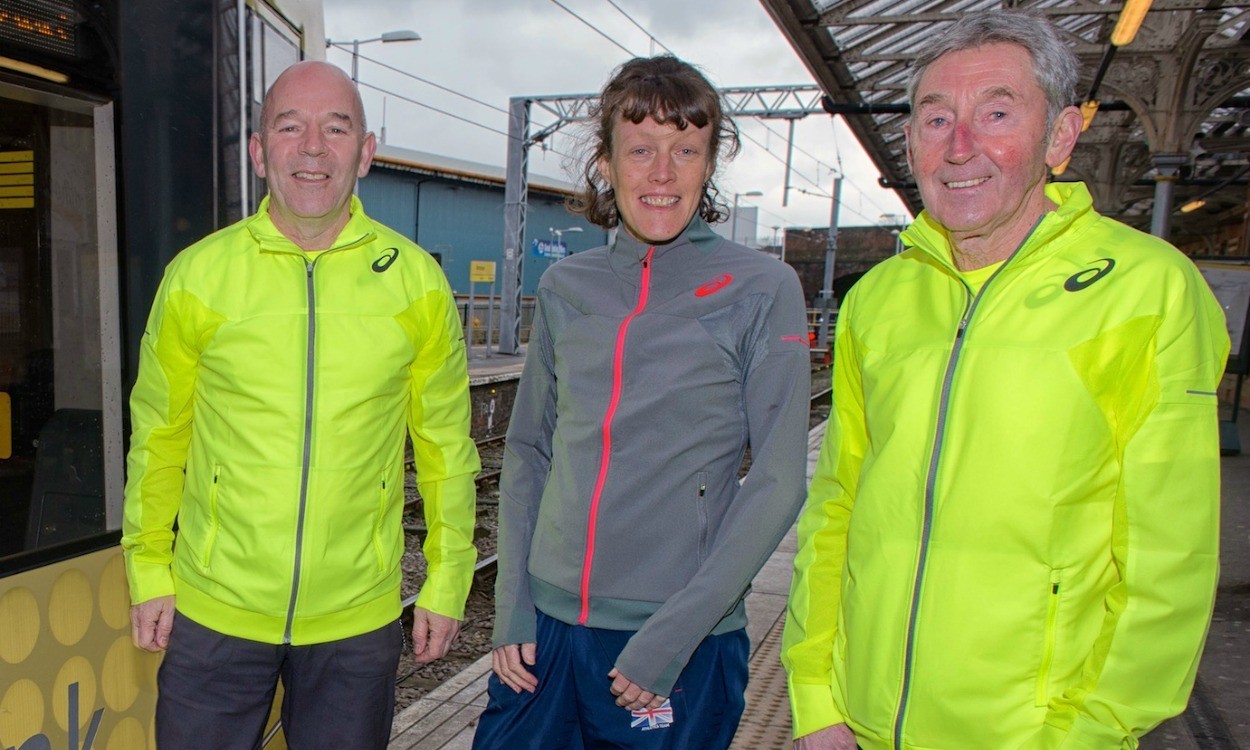 Four former winners are to team up and run as a ‘champions’ relay team at the ASICS Greater Manchester Marathon on April 19.

The ‘champions’ team was the idea of running great Hill, who won the European marathon title in 1969 and Commonwealth gold in 1970 – the same year he became the first Briton to win the Boston Marathon. He will also be an official starter of the main marathon alongside ASICS ambassador Mara Yamauchi.

He will then run the first leg of the team relay before Eighties distance running icon and former GB international Kenyon takes over for the second leg as he continues his comeback after an injury. Newton will run leg three, while Hussain will bring the team home, running the final leg and crossing the finish line at Old Trafford.

The four-leg relay is one of two relay options at this year’s ASICS Greater Manchester Marathon and sees the course split into four sections of varying lengths. The first runner covers 10.7km, the second 7.8km, the third 10.4km and the anchor 13.3km. A two-leg relay, new for 2015, splits the course exactly in half, with one team-member running from the start at White City to central Altrincham and the second from central Altrincham to the finish at Old Trafford.