Lucy Hatton ready for her time to shine 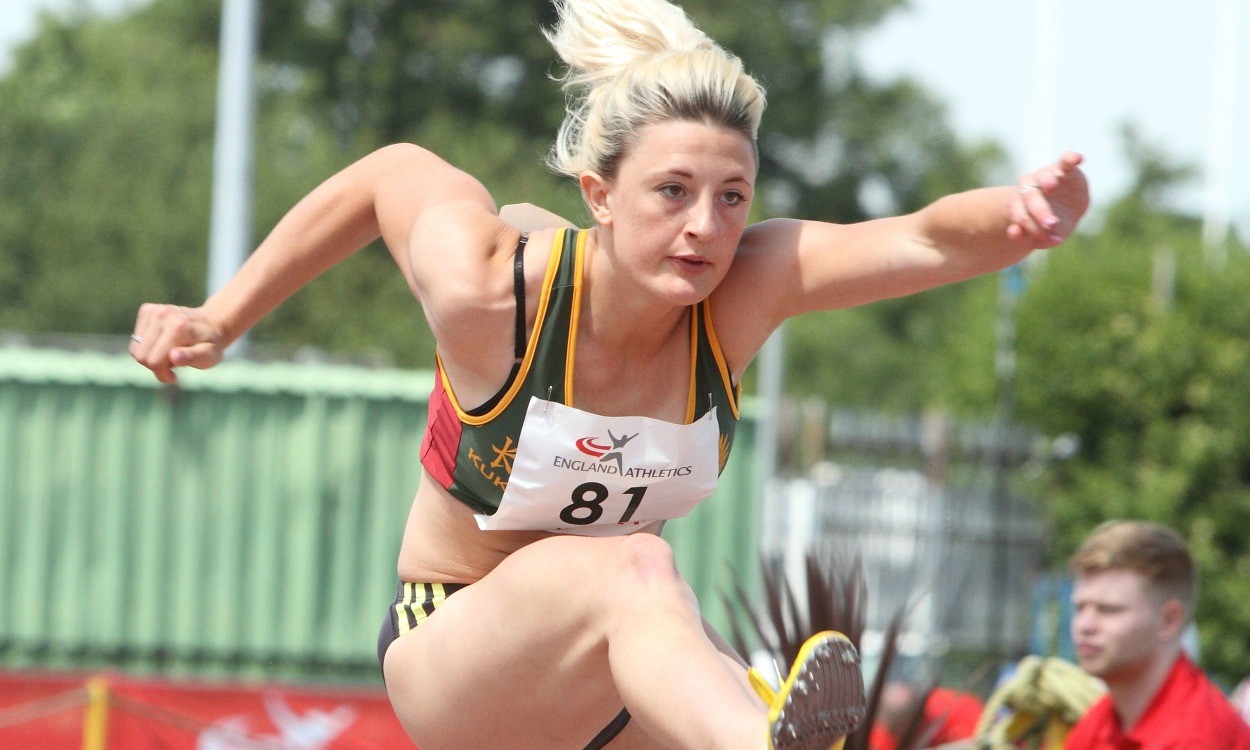 After equalling the UK under-23 60m hurdles record, the student athlete says there’s more to come and is targeting the Euro Indoors

Lucy Hatton says she is pleased her hard work is beginning to pay off as she aims for a place in Prague next month.

The 20-year-old has sliced 0.27 from her 60m hurdles PB so far this year, clocking 8.06 in the aptly-named Torun in Poland on Tuesday to equal the UK under-23 record set by Lesley-Ann Skeete in 1987 and move to seventh on the senior UK all-time list. The time also puts her seventh in this year’s world rankings and Hatton believes there’s a lot more to come. 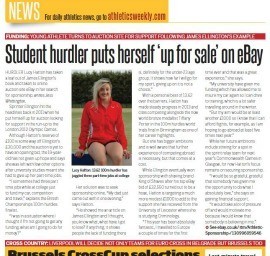 Much has changed for the second-year criminology student since AW featured her in the magazine towards the end of 2013 after she took to eBay in a search for sponsorship.

She has recently switched coaches and now trains under Jerzy Maciukiewicz – coach to European and Commonwealth 110m hurdles silver medallist Will Sharman – in Loughborough, while she has also received guidance from leading sprints coach Lloyd Cowan.

“I’ve had a lot of change recently so I thought this season was going to be a little bit more up in the air but it seems that I’ve kind of found my feet quite early on,” Hatton told AW after her latest PB.

“I know I’ve still got a lot of things to work on which I see as a positive because I’m already doing quite well at the moment but I know there’s so much more to come.”

Previously coached by John Anderson, Hatton made the move in her coaching set-up around three to four months ago and says Cowan has been someone who has “opened some doors” for her.

“He just sort of pointed me in the right direction of who I need to speak to,” she said. “I’m really happy and a change in coach has been fantastic.”

Hatton has gone quicker in each race so far in 2015 and her time in Torun was just 0.01 off the qualification standard needed for the European Indoor Championships taking place in Prague from March 6-8.

“I am breaking down the time quite quickly from 8.33. I think I’m just sort of showing that I’m developing as an athlete and finally the hard work I’ve been putting in over the years is starting to shine through,” she said.

“I’m now focussed on trials (in Sheffield on February 14-15) because I do want to be going to Prague, I want to be on that plane.

“I’ve also been invited to the Grand Prix in Birmingham, which is exciting because I’ve never done that before so it will be a new experience.”

Hatton knows what she needs to be working on in order to make the Prague qualifying standard as well as get closer to her goal of a sub-8 second clocking.

“My starts. They seem quite inconsistent,” she explained.

“Leading up to trials, that’s the area I’m going to be focussing on. Also, not putting too much pressure on myself – I think that’s really important.”

She added: “I think I let it get in my head that I need to have a perfect race and I need to get the 8.05. I’m trying to stay cool as a cucumber, I know what I need to do.”

Hatton will be going warm weather training for the first time in late March when she’ll travel to Florida with Maciukiewicz and Cowan. She plans to open her outdoor season while in America and spoke about her future targets.

“My aim is to go under 13 seconds. I want to get into that 12 seconds and be a 12-second athlete. That to me is a main aim,” said Hatton, who has a 100m hurdles PB of 13.20 clocked when finishing as runner-up to Tiffany Porter at the UK Championships last June.

“I’m always going to have in my head the Olympics next year. That’s the big goal. I think it’s doable I just need to work hard.”