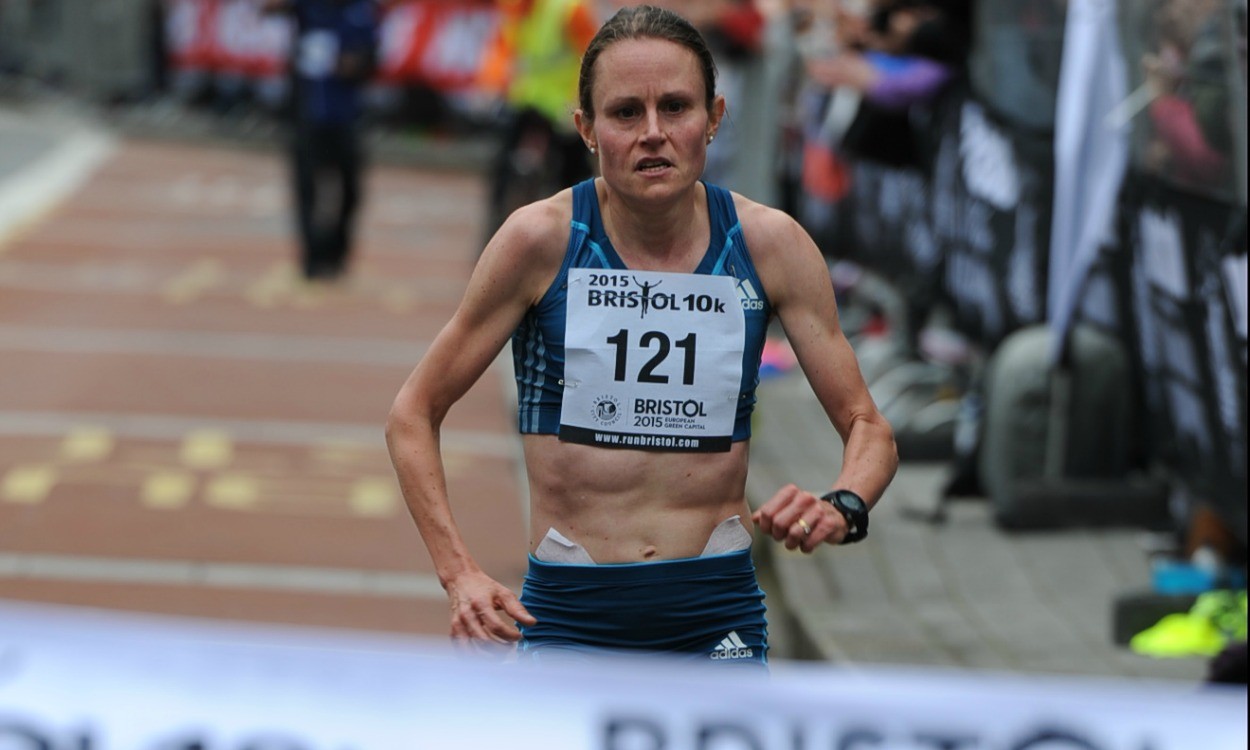 Sunday’s Bristol 10k was the third race in the runbritain Grand Prix, with the 2015 series now at the half-way point.

The men’s race was won by Paralympian Jonah Chesum from Kenya in 29:18 as he crossed the finish line 43 seconds ahead of Run Fast team mate Vincent Boit with 30:01. The first British athlete was Nicholas Torry (runbritain Grand Prix handicap -4.0) in third with 30:03. Torry was the overall winner of the 2013 Grand Prix.

Torry picked up 250 points on Sunday to add to the 475 that he has claimed from the first two Grand Prix races at Reading and London. This moves him into second place behind John Beattie (handicap -5.0) who finished 12th overall and eighth British athlete in Bristol. His eighth place gives him 243 points but added to his 793 from Reading and London, this increases his lead at the top of the table with a total of 1036.

The second British athlete home on Sunday was Ben Livesey (handicap -4.4) who added 249 points to his 484 from Reading and London and moves into third with 733.

The current top two spots are filled by Emma Stepto (handicap -0.7), who was the fifth British finisher on Sunday giving her 246 points to add to the 486 she has from Reading and London, and Georgie Bruinvels (handicap 0.2), who was the eighth British finisher giving her another 243 points to add to her 485 from Reading and London.

Up to the best four scores from the six available races count at the end of the series. Prize money totals £18,000 and is shared by the top 10 male and female British runners.

The series continues at the Cardiff 10k on September 6, followed by the Lloyds Bank Cardiff Half Marathon on October 4 and then finally the Age UK Leeds Abbey Dash on November 15.

Full standings are due to be updated at runbritainrankings.com.