Looking ahead to the 2016 ASICS Greater Manchester Marathon 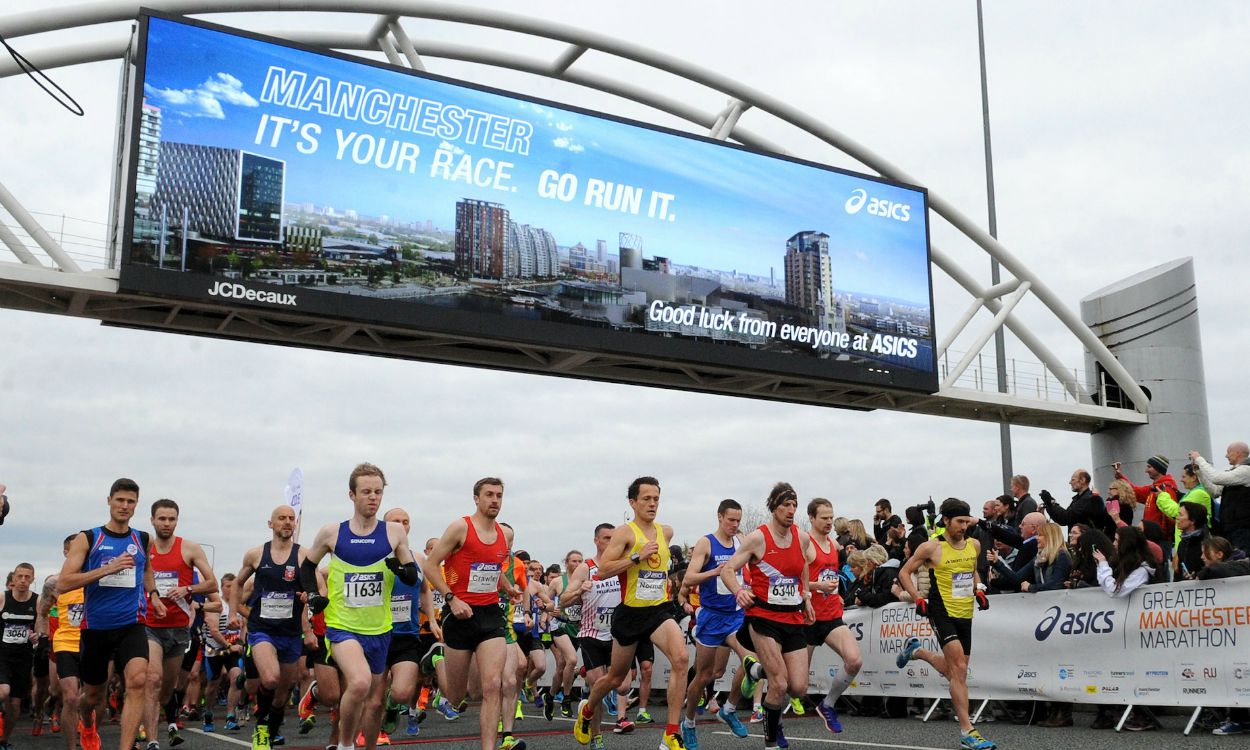 Advertorial: Registration for the 40th edition of the event is open

The 2016 ASICS Greater Manchester Marathon in Trafford takes place on Sunday April 10 and registration to what is described as ‘the UK’s flattest, fastest and friendliest marathon’ is open.

The next race is the 40th edition and if you are a first time marathoner, want a new PB or seek a qualifying time next spring the ASICS Greater Manchester Marathon is a great option. Add in the entertainment around the course, the strong crowd support and glorious finish, and you will see why the race was voted the UK’s best marathon for the second consecutive year by runners at The Running Awards.

With only 54m elevation gain the ASICS Greater Manchester Marathon produces fast times: the top four men all broke the 2:20 barrier in both 2014 and 2015 and many runners set PBs or broke their target times. A large proportion of the fastest 2015 British marathon times were also run in Manchester.

The British-only prize fund and the time bonuses are another huge incentive and attract a top quality British field to race in Greater Manchester year after year. For 2016 the prize fund has been increased to £12,000 and a new team prize has been introduced.

Go to greatermanchestermarathon.com to secure your place.