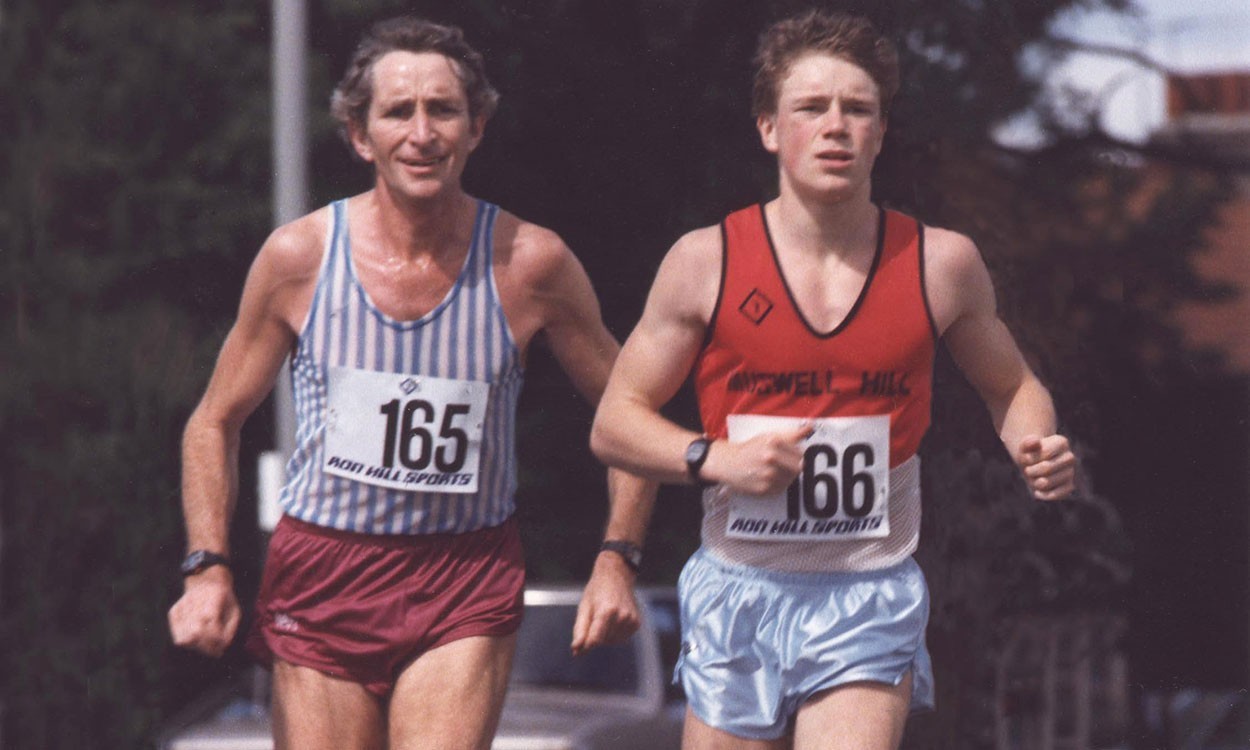 Peter Harvey, from Garden City Runners, argues against the popular thinking that children should keep to short distances

British Athletics and athletics clubs are obsessed with the sharp shock of short distance for youngsters (you can read an article ‘How far is too far’ here). However, this focus on speed elevates stress, encourages injury and curtails fun. What youngsters need is long, steady distance (LSD).

You cannot run before you can walk or race before you can run. So it does not make sense to initially specialise in short distance, ramping up speed. That applies whether you are a youngster, veteran or in your prime.

The body needs time to adapt and so when we begin to run we should take it easy. Running is the art of forward motion, a skill to be perfected. Hence, when I began running as a nipper I focused on technique and posture to hone style.

LSD builds base mileage, from which performance can sprout. There is much growth for the young runner finding their wings. The initiate is learning not only how to be physically energetic but also how to control themselves as if to nail discipline. Youngsters left to their own devices tend to run as they feel. After they learn not to dash off they are very likely ready to listen to their body and key in to a pace that promotes the aerobic high which only long distance running provides.

Put another way, they run for fun, drawn to repeat what is most pleasurable and that certainly is not thrashing their body trying to be as fast as possible. Running flat-out is hard work – most unlike the enjoyable and enduring nature of LSD.

LSD promotes natural development at a pace that the body can manage and, in terms of running, is comfortable both in speed and distance.

I didn’t do interval training. Hence, there was never going to be any teenage burn out as my passion was sustainably practised. By age 16 I ran virtually every day and looked forward to my daily session. It was also time to be free and escape from any difficulties I was facing. Running was not difficult, although on occasion I liked to make it tough, trying hard in a long-distance race, which was very satisfying indeed.

“LSD promotes natural development at a pace that the body can manage and, in terms of running, is comfortable both in speed and distance”

My speed increased in massive steps. Aged 15 and three quarters, I jumped from training at 8:20/mile to the next month at 7:30/mile. I recall wondering where my extra power was suddenly coming from. My marathon time improved by more than half an hour (to 3:03) and I ran a 10-minute negative split at Canvey Island in 1984. By the time I was officially eligible to run long distance I trained at 6:45 pace, including 16 milers, and could get under the hour for 10 miles, a distance I considered short.

Why is much of the Western World denying its youngsters endurance? The perception that long distance is hard and too demanding is one of the usual arguments. However, in discouraging youngsters from distance their races must be short and that means fast, which as pointed out is particularly stressful for the body.

Long distance is more relaxing but as the time running is long too that introduces other elements. Resilience, toughness, bravery and self-belief are a few qualities that serve the long-distance runner well.

A youngster forging such traits is better prepared to tackle life, let alone a long run. I helped myself to such conscious riches of character earlier than most and benefitted immensely. In that respect, there was no mollycoddling me in my youth from what type of person I could become.

A child will not run long distance if they do not want to. I was never pushed by my parents, even though my dad ran a lot. I started running at school but soon realised I wanted to run by myself throughout the countryside. I loved chalking off miles, distance being my measure rather than speed.

You see, I was born to run – like my father – and so to deny me distance would be like preventing you from exercising your greatest gift.

“Resilience, toughness, bravery and self-belief are a few qualities that serve the long-distance runner well”

In recent decades attitudes have come a long way to redress the old wives tale that running isn’t for women after they were denied it for so long. So why are we still condemning our youth today in exactly the same way?

The issue with youngsters running marathons in my day was the misnomer that running stunts your bones. Running actually makes your bones stronger, tougher and promotes growth. I grew up to be the same height as my brother and, accounting for gender, my sister, both of whom never ran. However, unlike them I had amazing leg muscles hanging from a top-class bone structure plus was as fit as a fiddle, exuding a neverending supply of get up and go. I was never injured and had the wisdom of my father to answer any questions.

Growing up in the 1970s and 1980s, my lifestyle was very different to the youth of today. For example, aged 15, I would run 35 miles per week, race anything from a 10-miler to a marathon once a month, go to judo twice a week, plus do ballet once a week and more.

In every activity my development was gradual and relaxed, which is why I kept fighting and dancing for decades rather than just years. I also ate healthily.

How much time do youngsters play football, tennis and other energetic sports? Under British Athletics rules an under-15 is allowed a maximum distance of 3000m on the track! And as that is the maximum, a 1500m is the most that meet organisers are likely to offer. Cross-country is almost as curtailed as the times of runners are often less than a dozen minutes.

Thankfully some race directors in the States recognise the rights of youngsters and permit them to run long distance and of course in Africa it is the norm for all children to run as far as they like. In the 1980s my father would enter me for all sorts of long distances races stating I was 18 years old and I was never quizzed about that by any official, even though it was obvious I was under age. We were Muswell Hill Runners, a club that embraced my penchant for distance, unlike the previous club we belonged to, hence a reason for leaving.

“Aged 15, I would run 35 miles per week, race anything from a 10-miler to a marathon once a month, go to judo twice a week, plus do ballet once a week and more”

LSD is kind, sensible, socially compatible, prolongs enjoyment, gets you out there in nature and above all is safe for youngsters, as I and many others like me demonstrate.

In summary, long-distance running strengthens bones, builds muscle and protects joints in youngsters, it gives youngsters excellent base fitness, trains them mentally, promoting inner strength, confidence and positivity and it is runningclub- compatible so youngsters can run with parents and clubmates.

Rather than be concerned about those who run we should target those who are undertrained or overweight – and most of runners fit into at least one of these categories.

If there is to be any frowning regarding age we should focus on the very old as they are the most at risk.

One reason why there is a trend toward obesity is the shying away from exercise and that is not helped by the ill-informed and under-experienced health and safety brigade. I periodically read nonsense written by so-called experts who think they can advise the running youth, steering them away from long distance.

To reiterate, I prove that long, steady distance is perfect for youngsters and have benefitted greatly from my early running exploits later in life. In fact I am hungrier than ever to race and explore new running horizons, including triathlons.