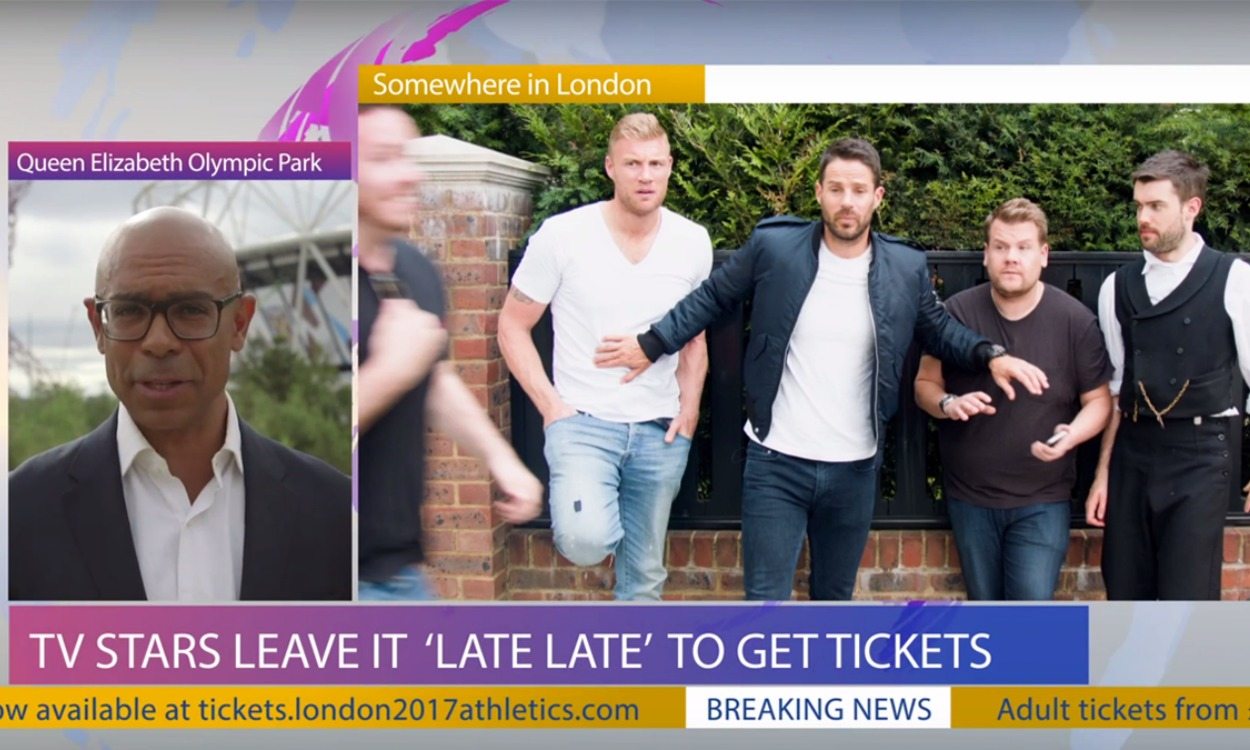 Tickets are available at tickets.london2017athletics.com priced from just £10 per adult, with all child tickets at £5, meaning a family of four can visit The Stadium to see world-class athletics for just £30.

Next summer will bring together 3300 world-class athletes from more than 200 countries who will compete in 30 sessions across 20 jam-packed and action-fuelled days as both the World ParaAthletics Championships and the IAAF World Championships are hosted by the same city in the same summer for the first time.

The big moments from London 2012’s Paralympic Games evoke fantastic memories and the World ParaAthletics Championships are gearing up to be the last chance to see world-class athletes such as David Weir and Richard Whitehead in competitive track action, as well as another chance to see a host of new Paralympic champions including Georgie Hermitage, Sophie Hahn and Libby Clegg in global athletics action.

The popularity of London 2017’s ‘The Race is On’ campaign which launched last month looks set to grow further with the television advert being aired during this week’s Channel 4 Paralympic Games coverage. Alongside this, a video featuring celebrity cameo appearances from sporting greats such as Sir Steve Redgrave, Nicola Adams and Maggie Alphonsi, plus comedy icons James Corden, Jack Whitehall and Eddie Izzard has also been released.

Niels de Vos, CEO of UK Athletics and championships director of London 2017 Ltd, said: “We know that the British public’s support for para-athletes is unprecedented and we wouldn’t want anyone to miss out on seeing some incredible sporting action next July.

“Right now our para-athletes are doing Great Britain and Northern Ireland proud in Rio, and next year we want them to continue their successes in front of our spectators so they can really feel that home-crowd advantage. Some of them will have memories of 2012, but others weren’t competing at that level then, so we want to give them that experience as part of a memorable Summer of World Athletics.”

Xavier Gonzalez, CEO of the International Paralympic Committee, said: “We’ve seen how the spectators of Rio have taken Para-sports to their hearts and the performances at the Rio 2016 Paralympics continue to astound and inspire fans from all walks of life.

“The inspiration of such great performances coupled with the way London has continued to embrace World Class ParaAthletics every year since the 2012 London Games means we know London 2017 will be a truly special event. With tickets priced to attract a family audience we are looking forward to welcoming a new generation of ParaAthletics fans to an amazing event next July.”