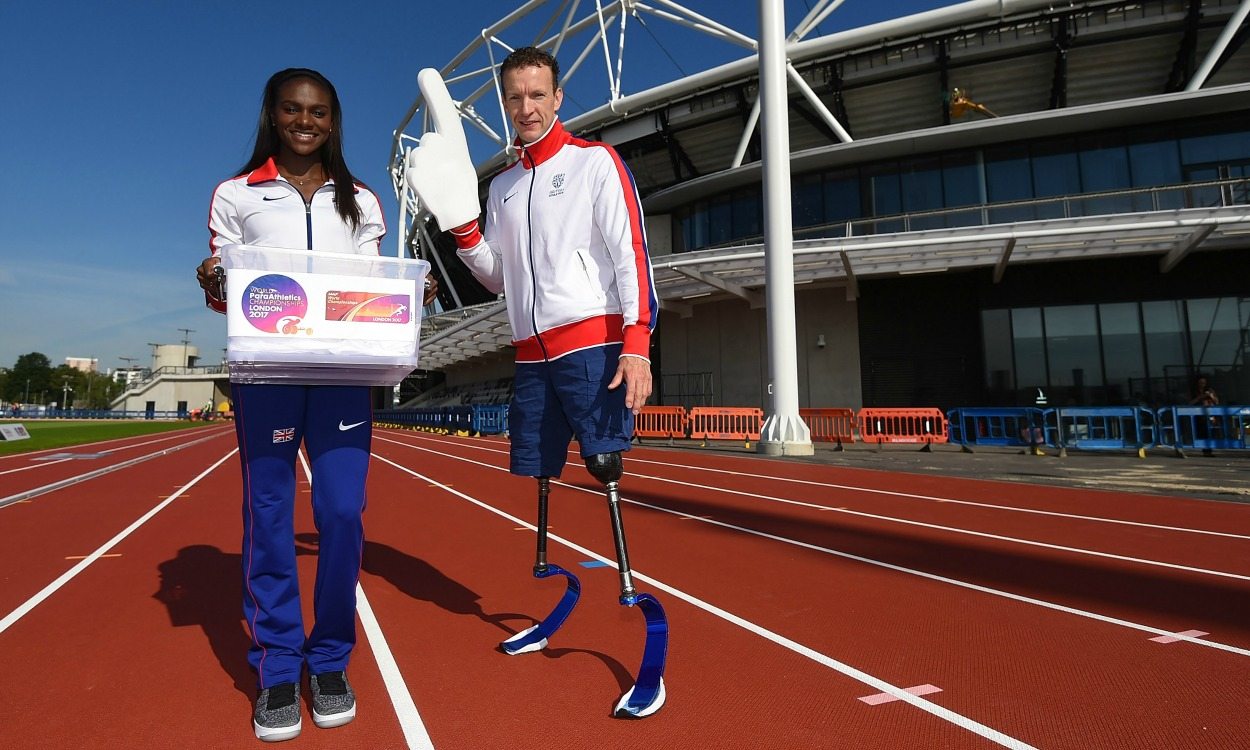 London based track & field or running clubs and ‘invited London schools’ have until February 5 to apply to send teams of kit carriers to London 2017 events this summer.

The events will bring together 3300 world-class athletes from more than 200 countries to compete in 30 sessions across 20 days as both the World Para Athletics Championships and the IAAF World Championships are hosted by the same city in the same summer for the first time.

Details can be found at londonathletics.org, with organisers inviting athletics clubs and some schools in London to apply with teams who will carry out the role of kit carriers for all competing athletes. Each team will require 10 ‘young athletes’ and two supervisors.

Dina Asher-Smith (pictured above) famously fulfilled the humble role of a kit carrier at London 2012 before going on to break the UK 100m and 200m senior records.

London 2017 will also be holding a design competition for children to create the event mascot.

Jessica Ennis-Hill and Richard Whitehead (pictured with Asher-Smith above) are being lined up as judges with the competition to be launched on BBC’s Blue Peter on January 19.