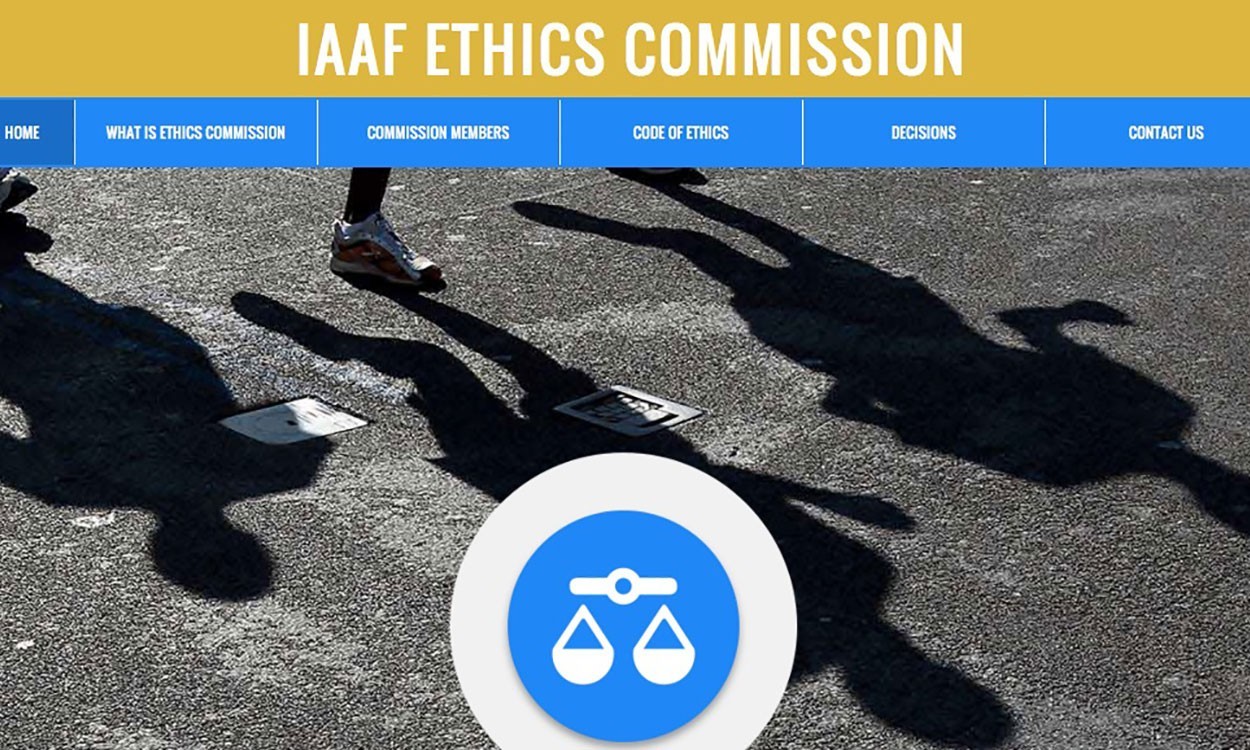 Papa Massata Diack, the former marketing consultant to the IAAF and son of ex-IAAF president Lamine Diack, is among three senior officials to have been given life bans from athletics.

The IAAF Ethics Commission on Thursday (January 7) announced that former president of the All-Russia Athletic Federation (ARAF) and honorary treasurer of the IAAF Valentin Balakhnichev, plus former senior ARAF coach for long-distance walkers and runners Alexei Melnikov, would also be banned for life, while former IAAF anti-doping director Gabriel Dolle has been handed a five-year ban from the sport.

The four men were ruled to have committed various breaches of the IAAF Code of Ethics, with the decision report of the Ethics Commission, which is chaired by Michael Beloff QC, including details about the case of Russian marathoner Liliya Shobukhova.

“The quality of the breaches determined as proven by the Panel need no hyperbolic exaggeration; they speak for themselves,” read the IAAF Ethics Commission’s decision report in part.

“On the Panel’s findings the head of a national Federation, the senior coach of a major national team and a marketing consultant for the IAAF conspired together (and, it may yet be proven with others too) to conceal for more than three years anti-doping violations by an athlete at what appeared to be the highest pinnacle of her sport.

“As to the first two, VB (Balakhnichev) and AM (Melnikov), their actions were the antithesis of what was appropriate. Far from – as they should have – supporting the anti-doping regime, they subverted it, and, in so doing, allowed LS (Shobukhova) to compete in two marathons when she should not have done so, to the detriment of her rivals in those races and the integrity of the competition.

“As to the third, PMD (Papa Massata Diack), he had no functional responsibilities in the anti-doping regime but equally no justification at all for subverting it.

“All three compounded the vice of what they did by conspiring to extort what were in substance bribes from LS (Shobukhova) by acts of blackmail. They acted dishonestly and corruptly and did unprecedented damage to the sport of track and field which, by their actions, they have brought into serious disrepute.”

Confirming the sanctions, the IAAF Ethics Commission’s report went on to state: “The Panel considers in the light of its findings that VB (Balakhnichev), AM (Melnikov) and PMD (Papa Massata Diack) should be banned for life from any further involvement in any way in the sport of track and field; any lesser sanction would not meet the gravity of their offences.

“In GD’s (Dolle) case such ban is also appropriate but in his case for 5 years only; his sins were those of omission, not commission.”

It added that the four men have been informed of their right to appeal the decision to the Court of Arbitration for Sport.

An IAAF response to the Ethics Commission decision read in part: “The IAAF is angered to see that individuals have in the panel’s finding “conspired to extort what were in substance bribes from the athlete by acts of blackmail.” This is all the more so because these breaches are related to one doping case which, among others, was identified and pursued by the IAAF Anti-Doping Department.

“Ultimately, the Department was able to ensure that the athlete concerned received a lengthy ban, but the four individuals’ activities delayed that outcome. The IAAF has already introduced corrective measures to make sure this sort of interference can’t happen again.”

IAAF president Sebastian Coe commented: “I’d like to thank the independent IAAF Ethics Board for their diligent and detailed investigation.

“The life bans announced today could not send a stronger message that those who attempt to corrupt or subvert the sport of athletics will be brought to justice.

“We continue to work with the French authorities’ investigation and the WADA’s Independent Commission.”

Shobukhova had initially been handed a ban of three years and two months following abnormalities detected in her biological passport. That sanction was later reduced by seven months after WADA said the the athlete provided “substantial assistance”.

The ARAF is currently suspended as an IAAF Member after a WADA Independent Commission report detailed findings including a “deeply rooted culture of cheating” in Russian athletics.

The president of European Athletics, Svein Arne Hansen, who last month told AW how he does not expect to see Russia reinstated to the international arena in time for the Rio Olympics, said he would be requesting approval from the governing body’s Council to strip Balakhnichev of his title as honorary Council member.

“European Athletics has taken note of the decision by the IAAF Ethics Board to hand down a life ban today to, among others, Valentin Balakhnichev, former president of the All-Russia Athletic Federation,” said Hansen in a statement.

“We are angered by the betrayal of our sport by these individuals.”

The full IAAF Ethics Commission report can be found via the IAAF Ethics Commission website, with this investigation separate to the one being undertaken by the WADA Independent Commission, which is due to present the second part of its findings concerning allegations of widespread doping in international athletics on Thursday January 14.

In its own statement released following the Ethics Commission’s announcement of the sanctions, WADA said in part: “While WADA is pleased with the decision, the Agency will refrain from commenting further at this time; as, the actions of these individuals, and other matters, will be addressed by our Independent Commission (IC) when it publishes its second Report next Thursday, 14 January, and there is also a pending criminal investigation underway in France.”