Liam Malone does 200m and 400m double at Rio Paralympics 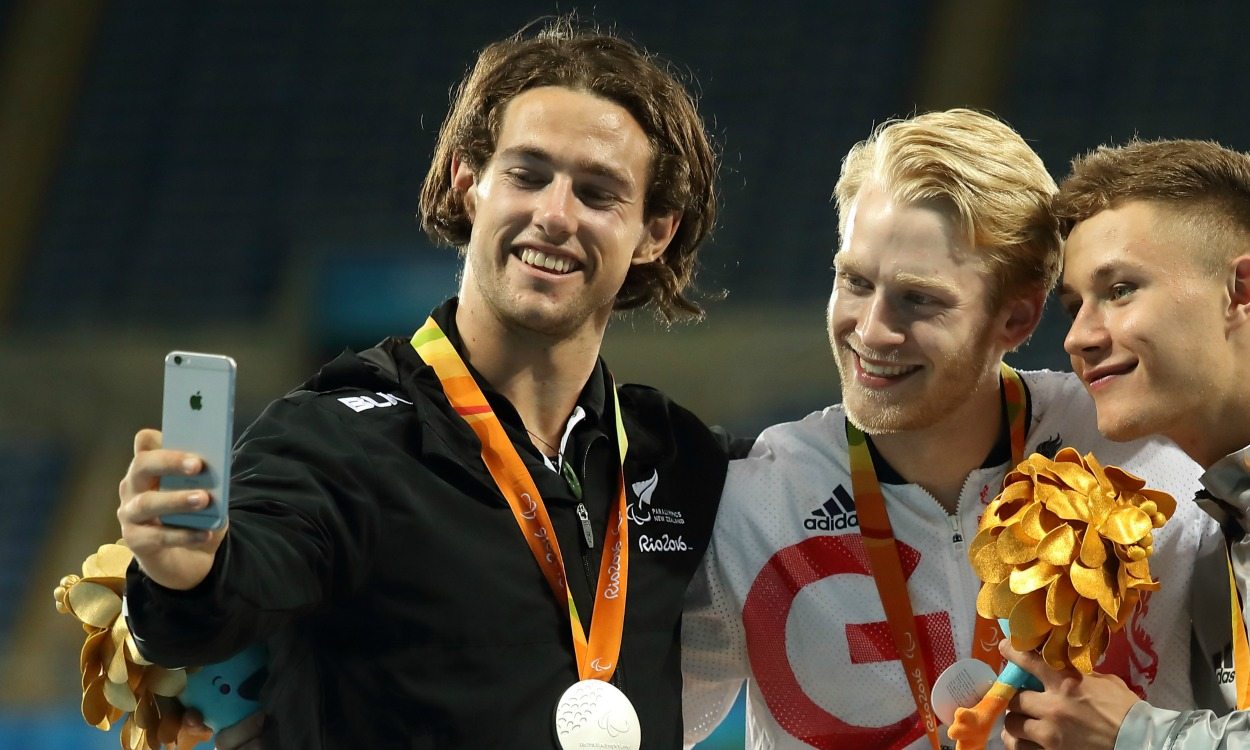 Liam Malone completed a T44 200m and 400m double on Thursday as the New Zealand ‘blade runner’ broke the Paralympic record to claim victory over the one-lap event.

Clocking 46.20, Malone, who is a double below-knee amputee, smashed the T43 Paralympic record mark of 46.68 which had been set by South Africa’s Oscar Pistorius in 2012 to beat Germany’s David Behre, who also dipped under the old record mark with 46.23, and USA’s Hunter Woodhall with 46.70.

In a race featuring T43 and T44 sprinters, Michail Seitis of Greece improved his own T44 world record with his time of 49.66 for sixth.

Competing at his fourth Paralympic Games, and after two bronze medals in 2004 and two silvers in 2012, Marcel Hug finally got a Paralympic gold as the wheelchair racer won the T54 800m in dominant fashion. Clocking 1:33.76, the Swiss seven-time world gold medallist took the title ahead of Tunisia’s Yassine Gharbi, but the runner-up was later disqualified and so silver was claimed by Thailand’s Saichon Konjen ahead of South Korea’s Kim Gyu Dae.

Britain’s six-time Paralympic gold medallist David Weir has said this will be his last Paralympic Games and after finishing sixth in the 800m final he hinted that the two-lap event in Rio could have been his last individual track race too.

The 37-year-old, who has claimed 10 Paralympic and eight world medals during his highly successful career, clocked 1:35.20 for the 800m after his fourth-place finish in the 1500m and fifth-place in the 400m.

“That’s racing,” said Weir, who will now turn his attention to the 4x400m relay and marathon in Rio. “The category has come on a long way in four years and the guys have worked hard.

“I can’t make any excuses today, I just wasn’t good enough. I didn’t feel as sharp as yesterday (in the heats).”

In the T13 400m, Morocco’s Mohamed Amguoun improved his own world record to 47.15 to narrowly get gold ahead of Namibia’s Johannes Nambala with 47.21.

Eight years after his triple gold medal-winning success in Beijing, Kenya’s Henry Kiprono Kirwa regained the T13 5000m title, the T12 visually impaired runner clocking a PB time of 14:17.32 for victory ahead of Morocco’s El Amin Chentouf with 14:21.04 and Tunisia’s Bilel Aloui, who broke the T13 world record with 14:33.33 for bronze.

In the women’s F57 discus, Algeria’s Nassima Saifi went one better than her silver in the shot put as the world record-holder threw 33.33m to claim victory by more than three metres. Silver was secured by Ireland’s Orla Barry with 30.06m.

Cuba’s visually impaired triple world champion Omara Durand, who is the world’s fastest female Paralympic sprinter, followed up her T12 100m and 200m sprint double by clocking 52.90 for 400m with her guide runner Yuniol Kindelan in the heats to improve her own world record and dip under 53 seconds for the first time. The next quickest in the first round of the competition was Ukraine’s Oksana Boturchuk with 54.47.