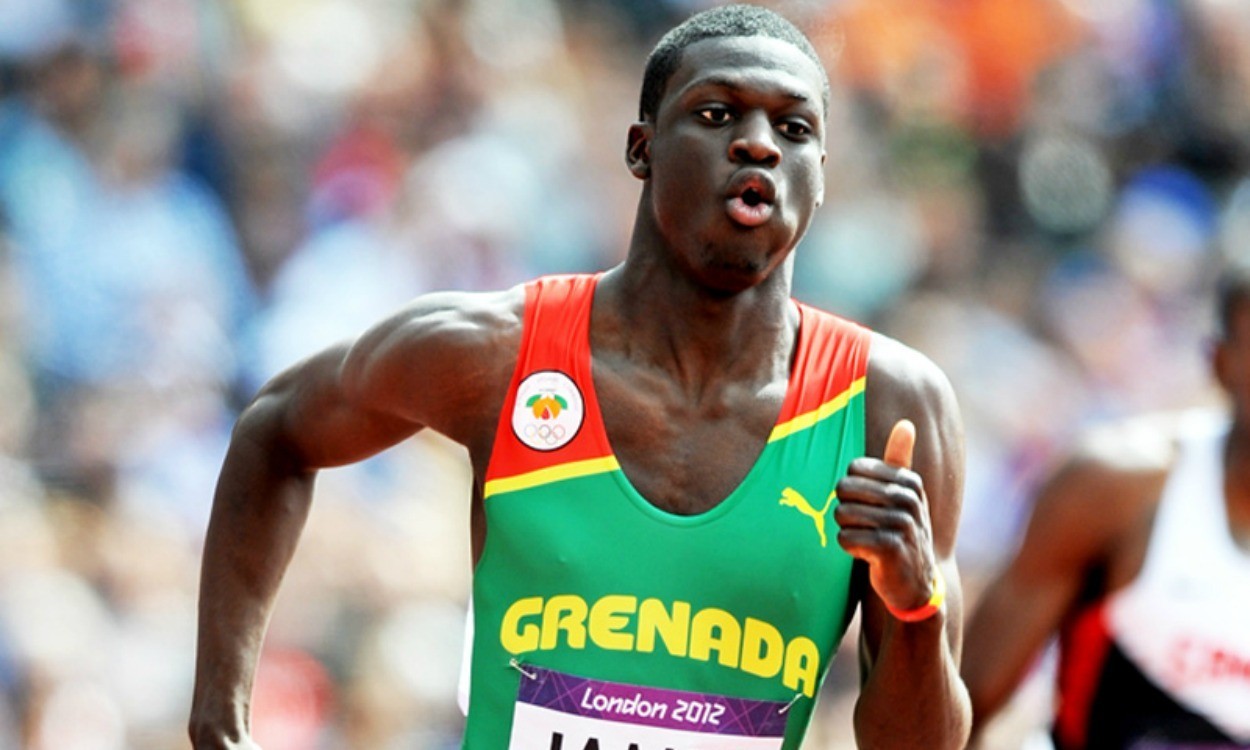 After a bit of a break for the European Team Championships and various national champs, the Diamond League returned with a  bang on Thursday evening.

A number of thrilling head-to-heads were accompanied by a world record attempt by Bohdan Bondarenko in the high jump, while Lynsey Sharp was among the Brits to shine as she dipped under the 2 minute barrier for 800m for the first time.

Fans didn’t have to wait long to witness record-breaking action as there was an exciting battle in the first Diamond League race of the night. In the 400m Olympic champion Kirani James extended his career head-to-head record against world champion LaShawn Merritt to seven to Merritt’s five.

He did it in style, too, as the Grenadian ran a national record 43.74 – the quickest time in the world since 2007 – to also set an outright Diamond League record and a world leading time as Merritt also went under 44 seconds with 43.92 for second. Such was the quality that there was an area record for Saudi sprinter Yousef Masrahi who ran 44.43 for third, while Chris Brown of the Bahamas improved his own M35 record to 44.59 in fourth.

There were record attempts right though until the closing stages of the meeting, too, as world champ Bondarenko again tried to conquer the world best in the high jump – 2.46m – but in the end had to be satisfied with ‘only’ 2.40m for victory. Further proof of the incredible current standard in this event came when Bondarenko’s fellow Ukranian Andriy Protsenko became the sixth man to this year clear 2.40m or higher with his personal best for the runner up spot, while Olympic champion Ivan Ukhov and world silver medallist Mutaz Essa Barshim both cleared 2.38m for third and fourth respectively.

The women’s 100m might have been missing USA’s Tori Bowie and Jamaica’s Veronica Campbell-Brown as the duo were late withdrawals, but competition was hot as Michelle-Lee Ahye of Trinidad and Tobago and world silver medallist Murielle Ahouré both clocked 10.98 with Ahye handed the victory.

Earlier on there had been a series of ‘B’ 100m races taking place and competing for the first time this season, sub-10 second man James Dasaolu – who has been sidelined by a hamstring injury – ran 10.03 for a very comfortable victory ahead of Jamaica’s Michael Frater with 10.44. Dasaolu’s time puts him second in this season’s UK rankings behind only Chijindu Ujah’s 9.96 personal best from Hengelo and will be sure to make things trickier for selectors who have to choose between the likes of the two sprinters for the final 100m spot on the GB team for the European Championships in Zurich.

Pre-meet and the majority of attention had been on Jamaica’s Yohan Blake who, having spent time out injured in 2013, returned to run the 200m at a Diamond League meeting for the first time in nearly two years. The Olympic silver medallist could only manage a best of 20.48 for sixth, though, as victory went to 2009 world silver medallist Alonso Edward of Panama who dipped under 20 seconds with 19.84 to finish ahead of Jamaica’s Nickel Ashmeade with 20.06 and France’s Christophe Lemaitre with 20.11.

A national record by the Swiss women’s 4x100m relay team meant the evening ended on a high for home fans, though their 42.94 wasn’t enough for the win. That went to the Netherlands team who ran a meeting record and national record 42.40, while a German quartet clocked 42.63 for the runner up spot ahead of Switzerland. The Great Britain team ran 42.96 for fourth.

France’s world indoor silver medallist Pascal Martinot-Lagarde clocked a 13.06 personal best to win the 110m hurdles from Russia’s European champion Sergey Shubenkov with 13.13 and go to fifth on the European all-time list.  In the longer event over the barriers, Olympic bronze medallist Javier Culson was victorious. With a clear lead up to the final hurdle, Michael Tinsley started to close the gap but it was too little too late as Culson held on to clock 48.32 to the American’s 48.40 season’s best. Britain’s Rhys Williams ran 50.30 for eighth.

Also among the British athletes in action in Lausanne was Sharp who went sub-2:00 for the first time over 800m with 1:59.67 for fifth in a race won by Kenya’s world champion Eunice Sum in 1:58.48. The mark puts Sharp top of the UK rankings this season and is further proof of her potential, the Scot having spent almost the whole of 2013 out through injury and worked hard to get back in time to secure her spots on the Scotland and GB teams for the Commonwealth Games and European Championships respectively.

There was a big personal best by 18-year-old Ronald Kwemoi to win the men’s 1500m as he led a Kenyan one-two-three, clocking 3:31.48 to beat Silas Kiplagat with 3:31.81 and James Magut with 3:31.91. Leading with 150m to go it looked as though Kwemoi expected his rivals to be closer, glancing over his shoulder in the home straight, but he had done enough to cruise over the line, victory secured.

Genzebe Dibaba looked close to returning to her winning ways over 3000m, the world indoor champion only having managed enough for sixth over this distance in Doha in May. It wasn’t to be though and having led on the final lap she didn’t have the finishing strength and Mercy Cherono surged past her on the home straight clocking 8:50.24 for victory to Dibaba’s 8:50.81. Viola Kibiwot ran 8:52.03 for third. Jairus Birech was a dominant winner in the 3000m steeplechase, clocking 8:03.34 from Conseslus Kipruto with 8:11.93 and Jonathan Muia Ndiku with 8:12.95.

Having launched the shot put to 20.42m in the first round, no one could get close to world and Olympic champ Valerie Adams and any of her three valid throws would have been enough for her to add yet another victory to her hugely impressive tally of 51. Problems with the stop board were reported, meaning the competition ended one round early, with Adams only having four throws. World and Olympic bronze medallist Lijiao Gong was second with a 19.65 season’s best.

Poland’s world silver medallist Piotr Malachowski added to his win in Doha with further victory in Lausanne, his second round throw of 66.63m enough to put him ahead of Jorge Fernandez, the Cuban recording a personal best of 66.50m for the runner-up spot ahead of former world and Olympic champion Gerd Kanter with a 64.91m season’s best.

Olympic champion Barbora Spotakova threw a season’s best of 66.72m to win the javelin by more than two metres, while world triple jump champion Caterine Ibarguen also continued her winning ways, equalling her world leading 14.87m in the fourth round to finish ahead of Yekaterina Koneva with 14.67m.

World record-holder Renaud Lavillenie won the pole vault with a best of 5.87m as Britain’s Steve Lewis cleared 5.47m for eighth. There was a consistent series of jumps from Olympic long jump champion Greg Rutherford but US champion Jeff Henderson leapt into the lead in the fourth round and the Brit couldn’t respond, his best at 8.19m from the second round.

» Results from Lausanne can be found here