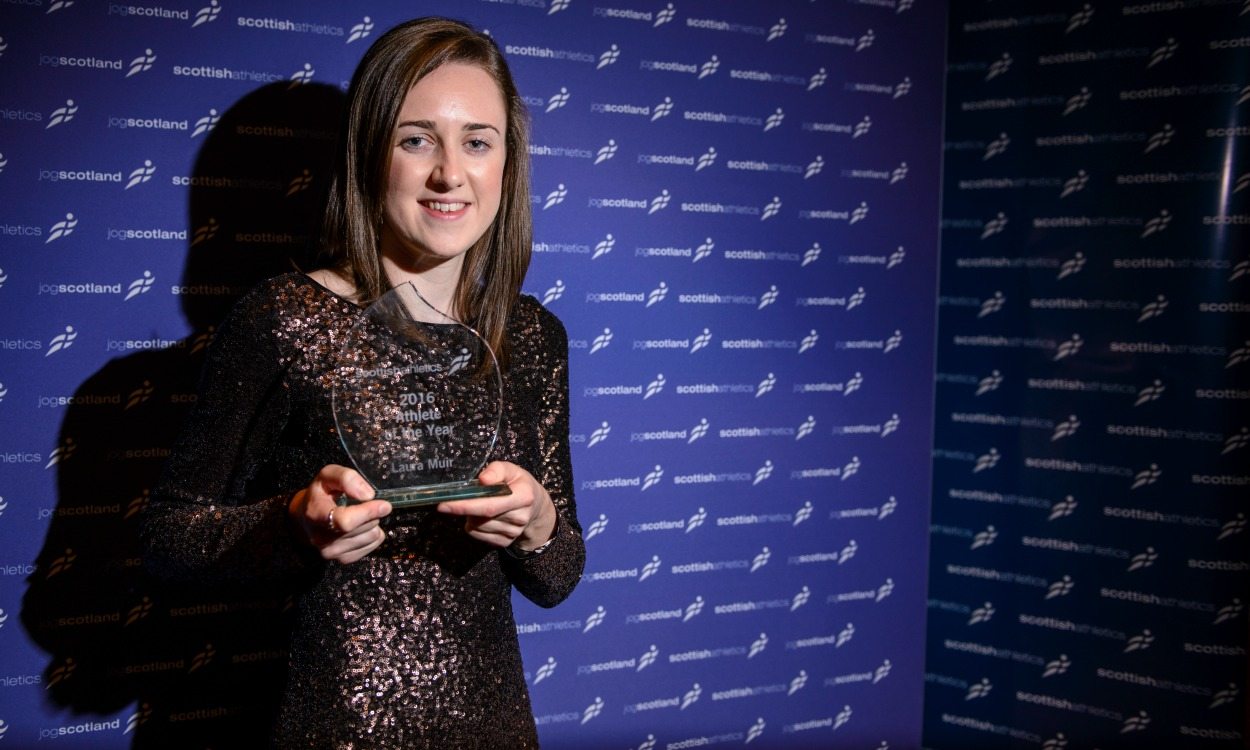 Laura Muir has been named as Scottish athlete of the year for the second consecutive year, while her coach, Andy Young, has again been voted Scotland’s performance coach of the year.

Muir has broken the British 1500m record twice in 2016, while she also won the overall Diamond Race and finished seventh at her first Olympics.

Olympian Derek Redmond, who was guest of honour at the awards dinner in Glasgow on Saturday night, made the presentation at the sold-out celebration.

“I am thrilled and delighted to again be named Scottish athlete of the year,” Muir told Scottish Athletics.

“There was so much competition for this title and that’s obvious from the length of the shortlist. People have been breaking records, picking up medals and reaching finals at global events.

“It is exciting for everyone that Scottish athletes are doing so well in so many different areas of the sport and I think there is a real team spirit there which is pushing everyone on.”

Rodger Harkins, Scottish Athletics director of coaching, said: “Many congratulations to Laura Muir on her award as athlete of the year.

“We said prior to the announcement that it was a really special year and that was why we felt we had to have a lengthy shortlist of contenders – to acknowledge many really superb performances.

“It almost became breaking a Scottish record or reaching an Olympic final was required to even be in contention.

“For athletics in Scotland, that’s a massive plus and a big step forward from where we were maybe five or 10 years ago. For those on the panel choosing the winner it was pretty hard choices, however!”