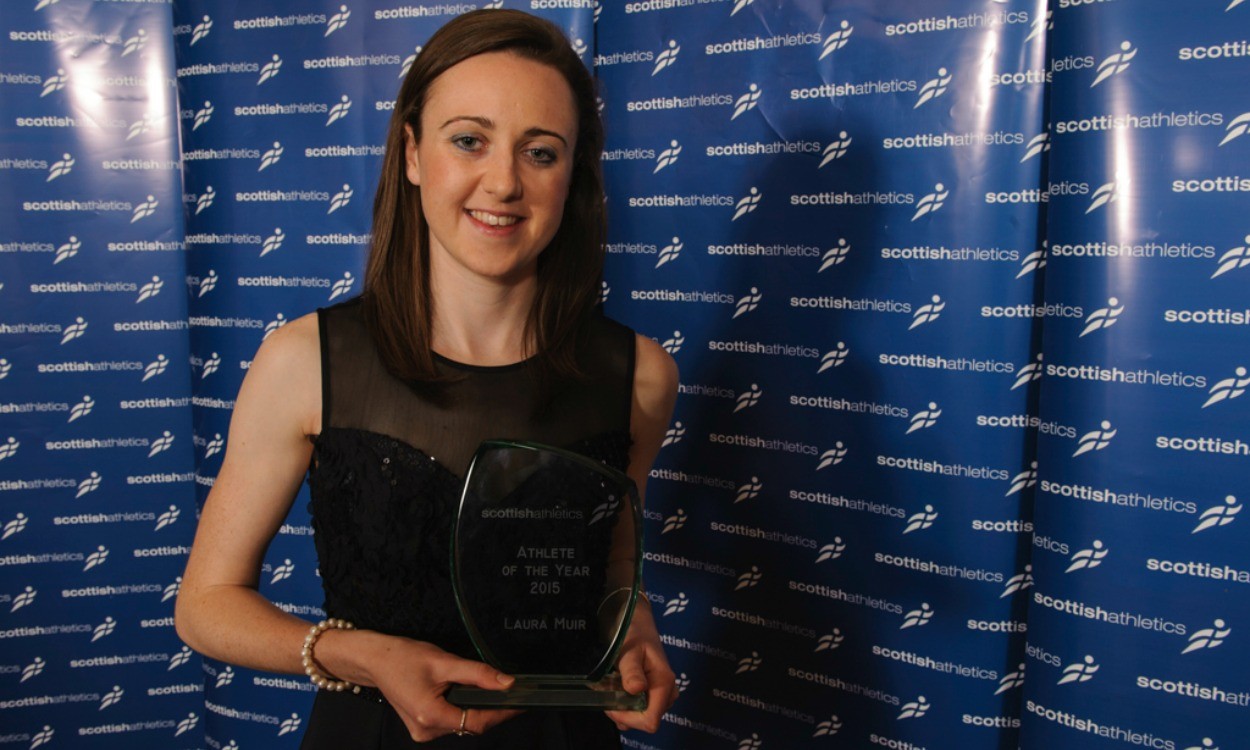 Laura Muir has been named as Scottish Athletics’ athlete of the year, while the world 1500m fifth-placer’s coach Andy Young made it a double for the partnership as he received the performance coach of the year award.

Muir beat fellow nominees Eilidh Child, Lynsey Sharp and Robbie Simpson to win the accolade from the governing body at an awards dinner in Glasgow on Saturday (October 31).

It comes after a superb season for Muir which saw her place fifth in the World Championships final in Beijing, become the first Scottish woman to break four minutes for 1500m as she trimmed her own national record to 3.58.66, win the British title and claim victory at the Diamond League in Oslo.

The Dundee Hawkhill Harriers and Glasgow University athlete also set PBs at 800m and 3000m over the outdoor season and, earlier in the year, was fourth in the 3000m final at the European Indoors in Prague.

“I am thrilled and delighted to be named Scottish athlete of the year,” said Muir. “There was terrific competition for this title and not just from those on the short-list – there have been so many good performances by Scottish athletes this past year.

“And I am delighted for my coach, Andy Young, to receive the top coaching award, as well. Andy works really hard at his coaching and it is good when he gets a bit of recognition.”

Steve Cram, who was a guest of honour at the awards evening, said: “I think Laura is a hugely deserving winner of this. When we look at what happened in Beijing, then some people will simply see the stat that she finished fifth in her final.

“But you have to appreciate that the women’s 1500m was probably the toughest event in terms of strength and depth at those World Champs. There was amazing quality gathered in that final and for Laura, at 22, to get fifth place reflects on her talent and mental prowess.

“She had a bit of a rollercoaster in 2014 but, inside, she’s really tough and determined and she proved that emphatically this year.”

European under-20 1500m champion Josh Kerr took the athlete of the year title for that age-group, with double Commonwealth Youth Games medallist Alisha Rees winning the under-17 accolade.

Ultra runner Joasia Zakrzewski, who represented Scotland at the marathon at Glasgow 2014, won the masters athlete of the year award.