Laura Muir in fine form ahead of Anniversary Games 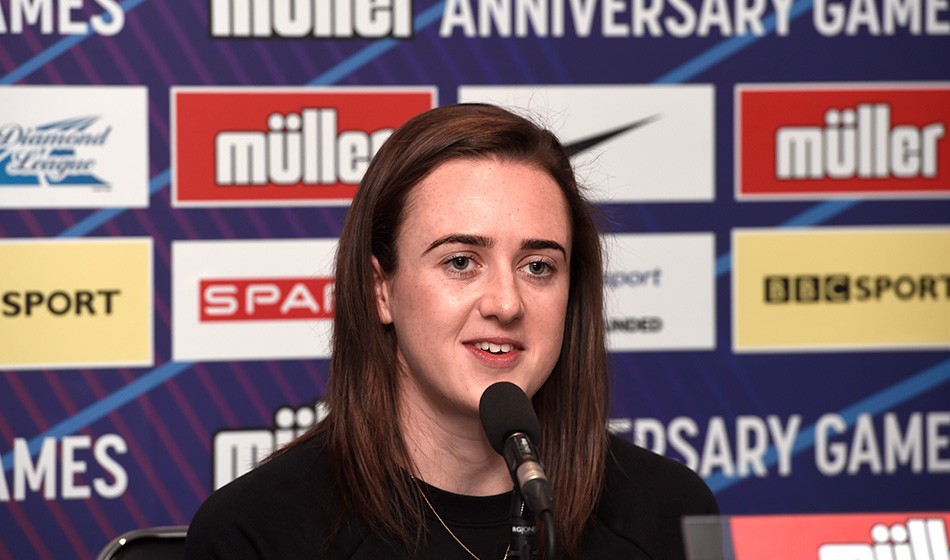 European champion feels in shape to make an assault on her 3:55 British 1500m record in London

Laura Muir believes she’s not far from being in her best-ever shape, with an assault on her own British 1500m record a distinct possibility for this weekend’s Müller Anniversary Games in London.

Now she feels in the sort of form which could see that national record of 3:55.22 fall further.

“I feel like I’m probably in PB shape, I’m almost in the best shape I’ve ever been in,” she says. “I ran an 800m PB last week so I certainly feel like I’m in my PB shape of 3:55, it’s just whether all the boxes on the day can be ticked and that kind of time can come off.

“I’m really looking forward to getting out there. Hopefully we can run some fast times.”

“I feel like I’m almost in the best shape I’ve ever been in…”@lauramuiruns on how she’s feeling good ahead of tomorrow’s @London_DL 1500m. @scotathletics pic.twitter.com/1qjXXF8iky

World and Olympic champion Faith Kipyegon had also been due to race but was a late withdrawal due to an adductor injury.

“I just want to go out there and run a really good, hard, fast race,” says Muir. “Ultimately, I’d love to win and if I can do that, I’m sure a quick time will follow.”

“My training these past couple of weeks has been very good. I’m very confident with where I’m at in terms of my fitness. I know I can go out there and run well.

“I never go into a race with just one plan – I’ll have plans A, B, C and D. Hopefully plan A will go ahead. But in the 1500m you’re not always entirely sure what’s going to happen so I’ll have a few ideas in my mind.”