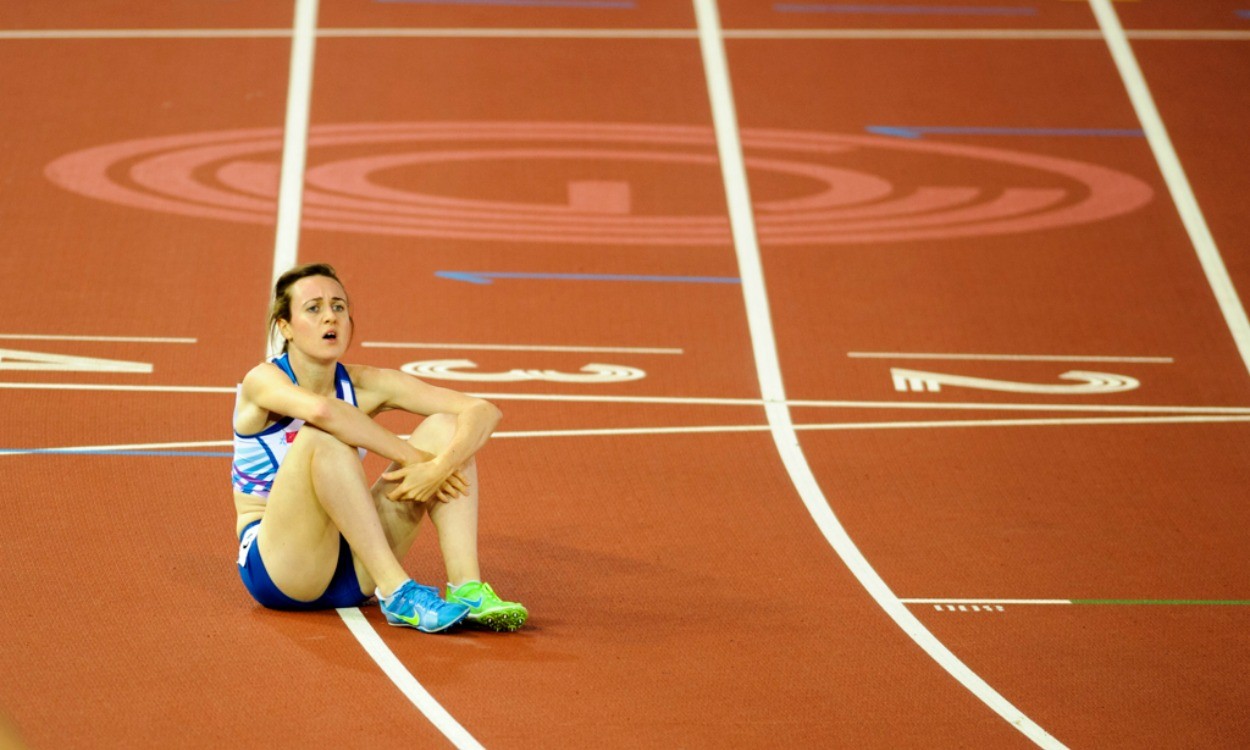 Having already run quicker than ever this season, the Scot is keen to “back up” the marathon world record-holder’s words with further strong performances this summer

Laura Muir has thanked Paula Radcliffe for handing her a pre-season boost as the Scot prepares for another high-octane Diamond League outing in Oslo.

The GB international, who has set PBs at 800m and 3000m in a strong start to the summer season, will aim to better her own 1500m Scottish record in Norway on Thursday and has spoken of the impact recent comments from marathon world record-holder Radcliffe had on her after a tough 2014.

Muir recently admitted how it had taken her a long time to recover from the disappointments of the Commonwealth Games and the European Championships last summer, but words of wisdom and encouragement from Radcliffe in the media helped to lift the 22-year-old ahead of races in Hengelo, Rome and Birmingham.

Radcliffe, who had been in Glasgow for the Morrisons Great Women’s 10K in May, had said: “I firmly believe that Laura Muir is an amazing talent.

“Running four minutes flat (for 1500m) last year was a big boost to her confidence but then it took a little bit of a knock because things just didn’t go her way in the championships. But she is still so young and has so much time ahead of her. I think she has huge potential.”

“Paula was very supportive and encouraging and that was great to see. She is someone with such a good reputation and so much experience that you take heart from something like that being said about you” – Laura Muir

Muir’s coach, Andy Young, made sure his charge noted the comments and soon afterwards the Dundee Hawkhill athlete opened her season with one of the best-ever 3000m runs by a Scottish woman.

“It appeared in a couple of Scottish papers and my coach pointed it out for me. He wanted to make sure I saw it.

“Paula was very supportive and encouraging and that was great to see. She is someone with such a good reputation and so much experience that you take heart from something like that being said about you.”

She added: “Hopefully I can back up her kind words with more good performances this summer.”

Muir, who studies veterinary medicine at Glasgow University, now heads into her third high-class race in eight days with a return to 1500m at the Oslo Diamond League meeting.

“I’ve never been to the Oslo event and it is one of the special ones on the programme so I am really looking forward to it,” she said.

“I was pleased with the 800m run. I feel annoyed now that I did not get a PB in Rome in the 1500m as that would have been three in a row! I was pretty close to it on the night in Italy, too. I watched it back and was pleased how I attacked it.

“On Sunday the start was very quick and I had to work hard to get in touch initially. But I know now that sub-two minutes is on the cards for me at some point, because I ran quite wide there at a couple of points in the race.”

» You can next see Laura Muir in action at the Oslo Diamond League meeting which will be shown live on British Eurosport 2 from 19:00 on Thursday June 11. athleticsweekly.com is the official sponsor of Eurosport’s Diamond League coverage and you can click here for future schedule information