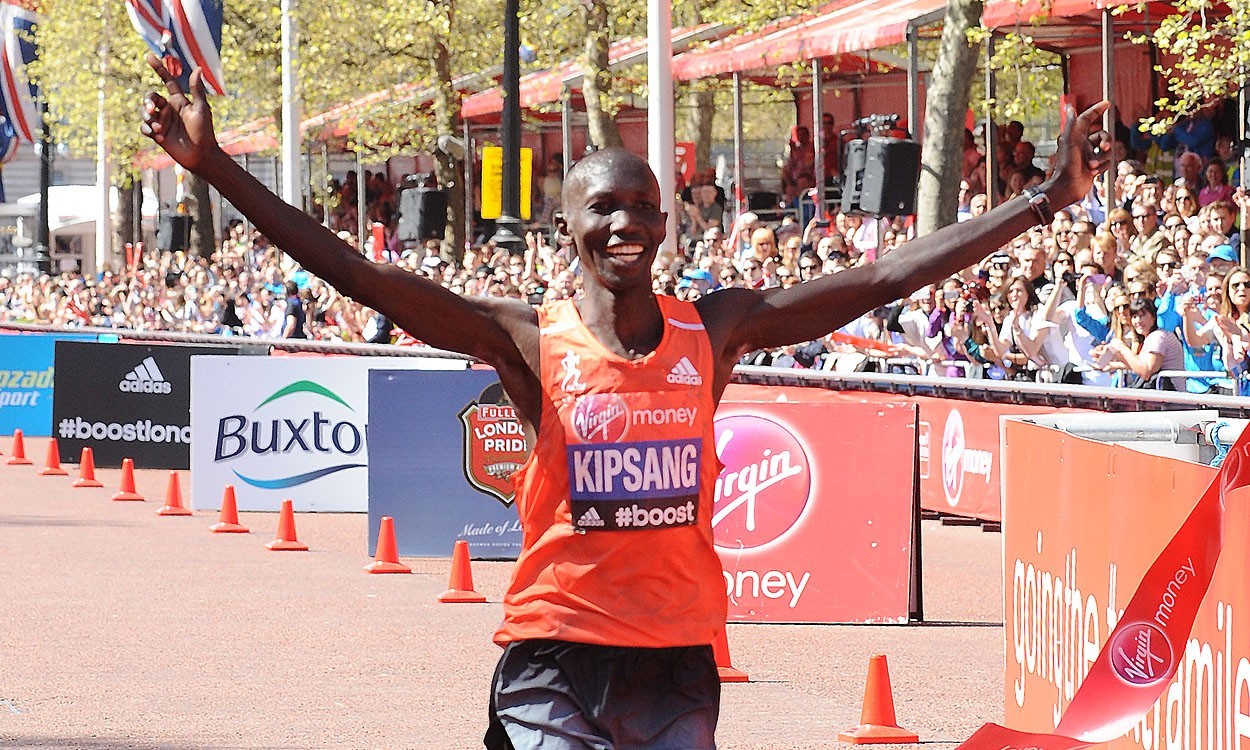 Current and former marathon world record holders set to go head-to-head at Virgin Money London Marathon where they will be joined by likes of Kenenisa Bekele, Emmanuel Mutai and Eliud Kipchoge

Wilson Kipsang is set to defend his Virgin Money London Marathon title on April 26 when he will go up against the man who broke his marathon world record in Berlin last year, Dennis Kimetto.

Although the two Kenyans are training partners in Iten, their clash at the London Marathon would be the first time they will race each other over the marathon distance.

Their head-to-head record at the half-marathon distance stands at 1-1, Kimetto winning the RAK Half Marathon in 2012 as Kipsang finished third and Kipsang finishing as runner-up to pacemaker Geoffrey Ronoh at last year’s Mattoni Olomouc Half Marathon as Kimetto placed third.

Kimetto, who clocked 2:02:57 in September to become the first to break 2:03 for 26.2 miles, will be making his London Marathon debut, while Kipsang returns for the fourth time having claimed victories in 2012 and 2014. Kipsang, who ran 2:03:23 in 2013 to break the then world record, will be looking to become the fourth man in the event’s 35-year history to claim a hat-trick of London Marathon titles.

“I would love to join the London Marathon legends by winning a third title,” said Kipsang.

“London always has the best fields but with Dennis in the line-up this year it promises to be a bruising battle.

“I certainly won’t give up my title without a fight, but let’s see who has the knock-out blow.”

Kimetto, who has won three World Marathon Majors races so far with victories in Tokyo and Chicago in 2013 before his win in Berlin, said: “I broke Wilson’s world record in Berlin last year and now I want his London Marathon crown.

“I am relishing the chance to face my friend over the famous course. I know it won’t be easy but I am confident I can go the distance whatever he throws at me.”

The duo form part of an elite men’s field announced today that features eight men who have run sub-2:05.

Bekele ran 2:05:04 to win the Paris Marathon in 2014, but the quality of the London field means he is currently only the ninth quickest in the line-up and third fastest Ethiopian behind Ayele Abshero and Tsegaye Mekonnen.

Emmanuel Mutai, who ran the second quickest time ever when finishing as runner-up to his compatriot Kimetto in Berlin in 2014 and won the London Marathon in 2011, has also been named in the line-up alongside fellow Kenyans Eliud Kipchoge, Sammy Kitwara and Stanley Biwott.

Scott Overall and Steve Way are the British athletes named for the event, while Australia’s Commonwealth marathon champion Michael Shelley is also set to run.