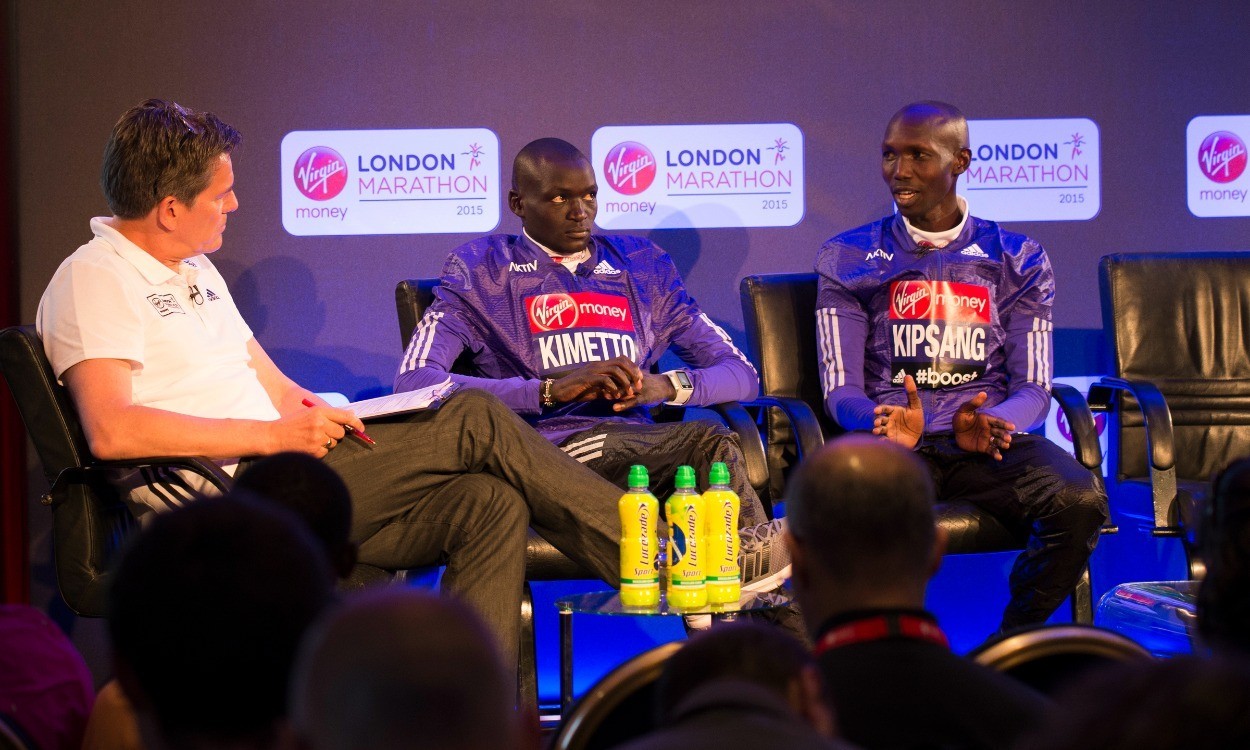 The elite men’s race at Sunday’s Virgin Money London Marathon has been billed as a ‘clash of the champions’ as defending champion Wilson Kipsang takes on the man who last year broke his world marathon record, Dennis Kimetto.

But the duo, who are training partners in the Kenyan town of Iten but have never faced each other over the marathon distance, are just two members of a stacked line-up which also includes another six men who have gone sub-2:05.

That list includes 2011 London winner Emmanuel Mutai, who ran the second fastest time ever when finishing behind Kimetto and his 2:02:57 in Berlin last year, and his namesake Geoffrey Mutai, the former Boston, New York and Berlin Marathon champion who won the World Marathon Majors series in 2012.

Discussing his aims for this weekend in front of media on Thursday, Kipsang, who broke the London course record with his 2:04:29 last year, said: “I think my main aim on Sunday is not really the world record but retaining the title and running a good time.

“For me it’s going to be a fast race. It will be more tactical.”

On the test of going up against Kimetto, Kipsang added: “I am expecting a very big challenge (from Kimetto).

“I broke the world record (in Berlin in 2013) then he broke it and this is the first time we’ve met in a marathon.”

The pair have a 1-1 record when it comes to going head-to-head over the half-marathon distance. Kimetto won the RAK Half Marathon in 2012 when contesting his first international race as Kipsang finished third, while Kipsang finished second ahead of Kimetto last year in Olomouc, Czech Republic, as both were beaten by pacemaker Geoffrey Ronoh.

Speaking about his own build-up to Sunday’s race, Kimetto said: “My preparation has been good. I have prepared in the same way that I did for Berlin.”