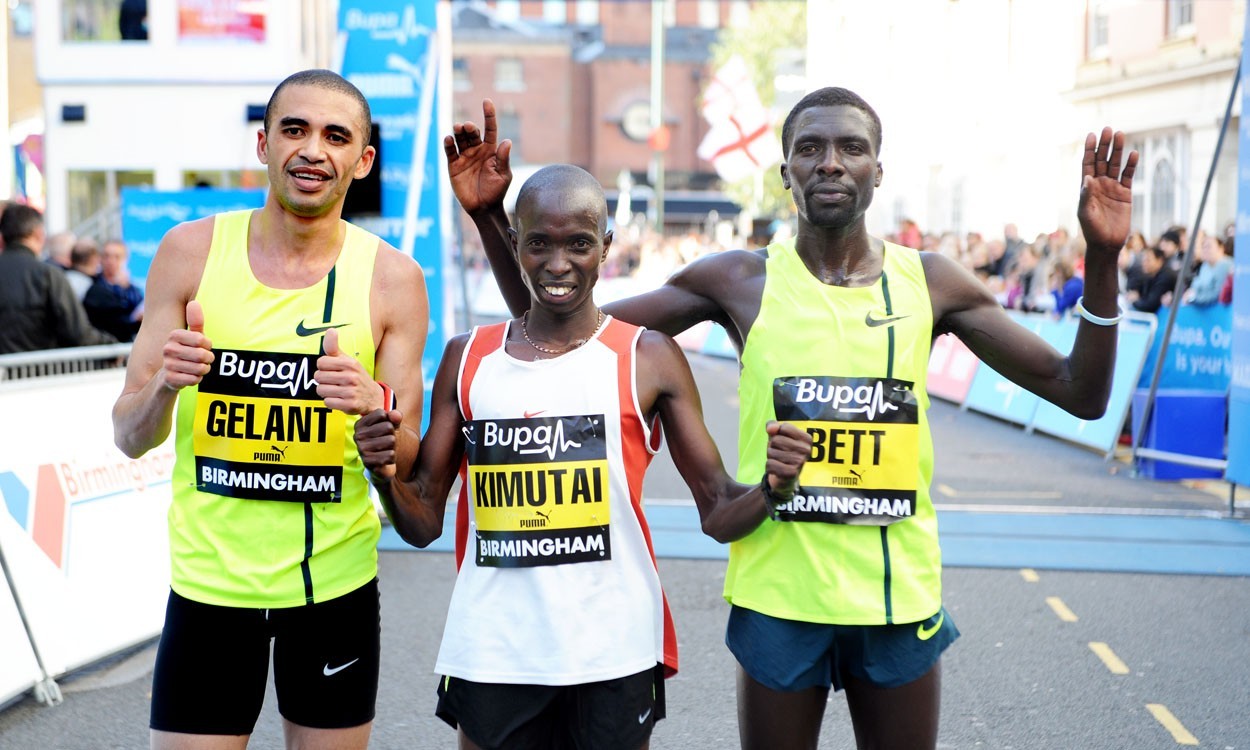 Amid strong winds and under blue skies on a rolling course in Birmingham, the form book was turned on its head. Unheralded Kenyans, Joel Kimutai and Polline Wanjiku, beat bigger names such as 2013 winner Thomas Ayeko and 2009 world 10,000m champion Linet Masai as they breezed to surprise victories.

Kimutai, a pre-race outsider with only a couple of 62-minute half-marathons on his resume, broke away with Emmanuel Bett and then kicked clear of Bett in the final 5km to win in 61:39.

The women’s race unfolded in similar fashion with Wanjiku blasting clear of Masai in the closing stages to win in 70:48 as Doris Changeiywo passed Masai to finish second in 71:29 as Masai was third in 71:45.

Wanjiku is a regular on the UK scene with past victories in the Bath Half-marathon and Swansea Bay 10km – and her next race is the Bupa Great South Run in Portsmouth on October 26, a 10-mile race she finished second in last year.

There was plenty of British interest 12 months ago in Birmingham when Gemma Steel won the women’s race and Chris Thompson was runner-up in the men’s event, but this year the British challenge was led by Toby Spencer – the Coventry Godiva man clocking 68:12 in eighth – while Nicola Sykes was first British woman in 10th with 76:27.

Elsewhere on a busy day of road racing, Bernard Kipyego won the TCS Amsterdam Marathon in 2:06:20. The Kenyan has previously enjoyed minor podium places in big city marathons in Boston, Chicago, Paris and Tokyo but this was his first major marathon victory.

>> More coverage from the Bupa Great Birmingham Run in the next issue of Athletics Weekly, out on October 23