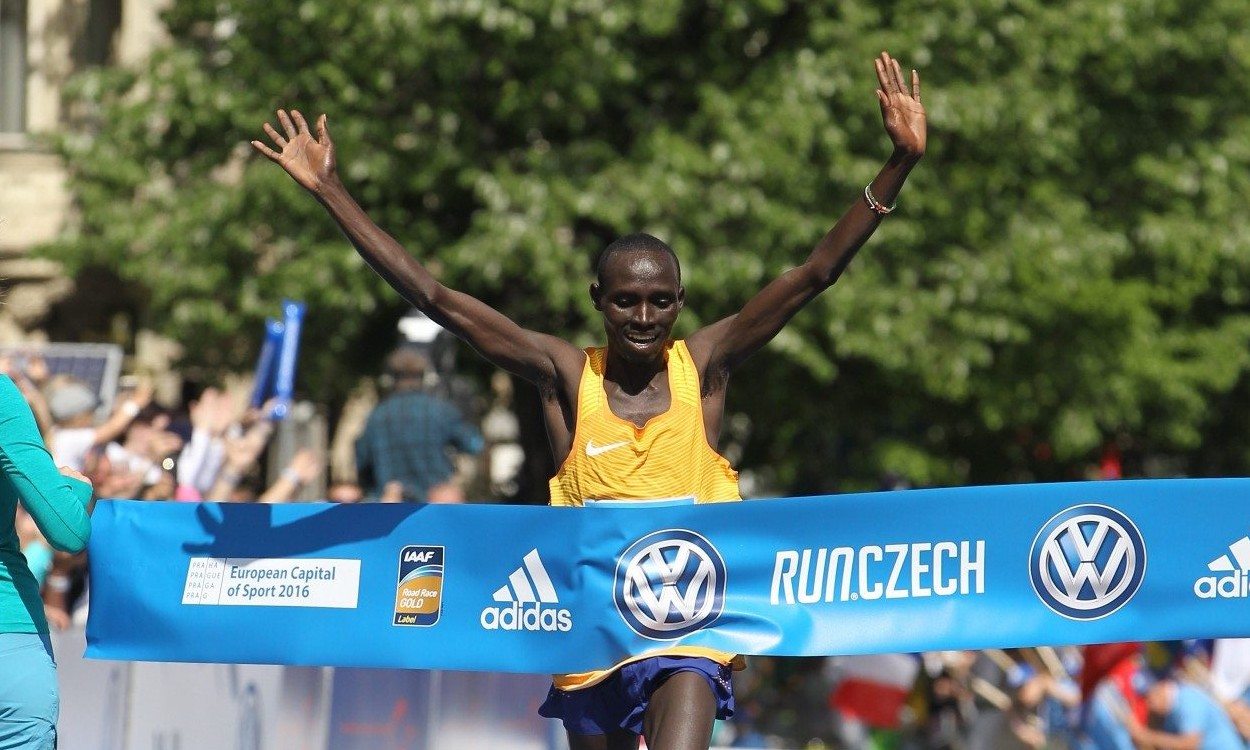 Kenya’s Lawrence Cherono took more than two minutes off his PB when winning the Volkswagen Prague Marathon in 2:07:24 in temperatures of up to 20C on Sunday.

Slowing from a 63:06 opening half, the 27-year-old moved away from defending champion and runner-up Felix Kandie over the last 5km.

In his sixth marathon, Cherono recorded his second victory after running 2:09:39 to win in Seville in February 2015.

Lucy Karimi, who had been fourth at the Prague Half-marathon in April, also took more than two minutes off her PB as she ran 2:24:46. Leading a Kenyan one-two-three, the 29-year-old was 14 seconds ahead of Purity Rionoripo.

This was for many athletes from several countries the last opportunity to impress their respective countries’ selection committees ahead of the Rio Olympics. While the Kenyan and Ethiopian athletes will have made little impact, the leading Czech athlete had more success.

Competing in front of a home crowd, Eva Vrabcova, a former cross-country skier who was fifth in the 30km at the 2014 Winter Olympics, is set to join an elite group who have contested both versions of the Games as she clocked 2:30:10, inside the Rio qualifying time in sixth.

Around 10,000 were expected to line up for the race in the Czech capital’s Old Town Square. This event is one of three IAAF Gold Label races in Prague and one of seven in the Czech Republic – the most worldwide for cities and countries respectively.