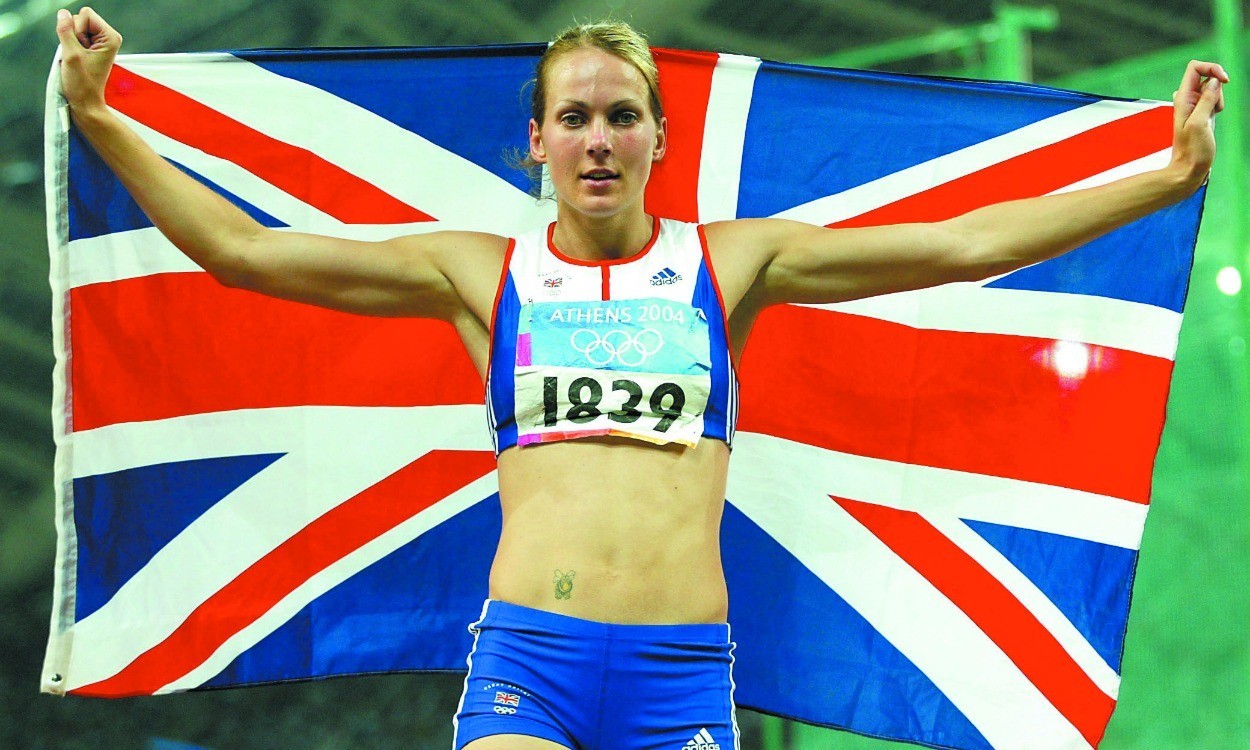 Kelly Sotherton has never been afraid to speak her mind. Shortly after her Olympic bronze in 2004, she made the headlines when her coach, Charles van Commenee, called her a wimp and told her she should have won the silver. She defended him and announced that British athletics needed more mentors like him, as his mentality would “kick some of these athletes up the arse”.

Similarly, when the 2012 Olympic bid documents were being launched, Sotherton said hosting the Olympics could potentially be a white elephant a bit like the Millennium Dome if the facilities were not used after the Games. However, rather than launching a criticism, really she was simply considering the legacy of an event that is very close to her heart.

However, today, that willingness to tell it straight is helping the 2006 Commonwealth champion carve a successful career in sports administration. Indeed, last August Sotherton was voted on to the IAAF’s women’s committee.

“I jumped straight on to an international sports committee. I want to follow in the footsteps of Seb Coe and go down the sports administration route,” explains the 39-year-old, aware she is making a bold statement.

Far from doing it for the money, it is clear Sotherton is doing it out of passion for the sport and the desire to improve the life of the athletes. “It’s all voluntary,” she says. “But it’s a vocation. I feel strongly that athletes don’t have the voice they should have.”

In order to ensure her opinions are taken seriously, Sotherton undertook a corporate government course in 2014, led by Karl George MBE of the governance forum, where she learned how to become an effective board member. “I just wanted to show that I was serious about what I was doing,” she says.

“I got to know a few footballers who were also doing the course through the FA and, as a result, I got involved in ‘The Sportspeople Think Tank’ (SPTT), which was set up to initially research the BAME (black, asian and minority ethnic) issue of managers and coaches in football.

“The SPTT is where we create opportunities for academics to research issues within sport and feed recommendations back to the governing bodies and authorities.

“I held an event in November in London to discuss what issues other sportspeople face within their sport, so we can start a new project. It was filled with many fantastic sportspeople all discussing issues that they faced or are facing.”

Not that sports administration is the only thing the 2007 world bronze medallist, 2008 world indoor silver medallist and three-time European indoor silver medallist is involved with. In addition to the many boards she is on, she is also a coach, team manager, speaker, mentor and sports activist. She is also non-executive director at the Christian housing organisation Adullam Housing Association. 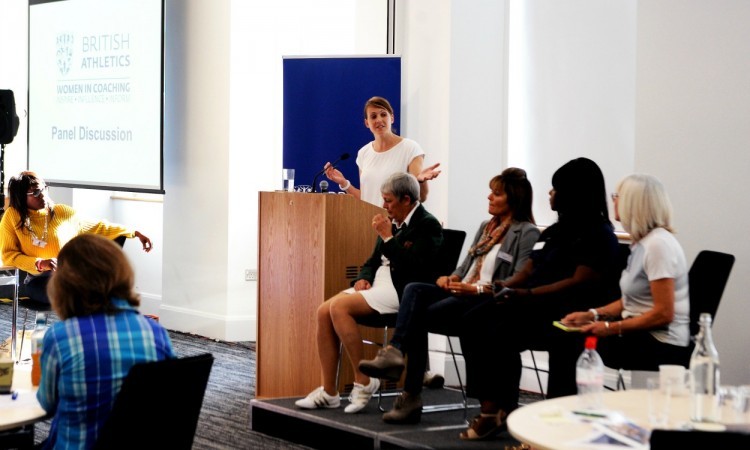 “I like doing lots of different things, being away from sport helps to widen my breadth of knowledge,” she explains refreshingly.

Sotherton is also no stranger to undertaking challenges in aid of charity. In 2013, she did the Deloitte Ride Across Britain from Land’s End to John O’Groats, the London Triathlon and the Virgin Money London Marathon in aid of AgeUK and in May this year, she is going to trek up Mount Toubkal in Morocco to support Sports Aid. It seems that she needs something to give her that buzz that she used to receive regularly from elite-level heptathlon.

“When you are an elite athlete you have one or two challenges a year and this is really the same,” she says. “I still need to challenge myself physically, as it is what I have done since I was 14 years old from the English Schools to the Olympics. Also, I’m raising awareness and money for certain charities. The next one for Sports Aid is something that I hope will contribute to the next potential champion needing the funding.”

“I have taken a lot out from the sport, so I want to put something back into it”

“I have taken a lot out from the sport, so I want to put something back into it,” says Sotherton.

She also coaches young athletes at the club and has recently started coaching GB international heptathlete Katie Stainton, a project she is particularly enjoying as she quite rightly feels that she can really use her “been there and done that” experience to help youngsters in the same event. Sometimes, this pass-down of knowledge even extends to practical demonstrations. “I don’t miss doing it myself and it is nice not to feel guilty about it,” she says. “As a coach, I do often provide demonstrations, as I am competitive and try to show up my athletes jokingly.”

However, she feels that the heptathlon in Britain is in a good place. “I had a great role model in Denise Lewis through the years in heptathlon,” she says. “I was over the moon when Jess (Ennis-Hill) won Olympic gold and took victory at the Worlds last year and I firmly believe that Kat (Johnson-Thompson) will learn from Jess and do serious damage when she gets it together. She has the ability to carry the good tradition forwards.”

She also sits on the anti-doping committee at UKA and this is a topic on which she has not shied away from making her views known. She says: “Having been directly affected by athletes cheating in my event, I feel quite passionate about clean sport. All athletes should be able to voice their opinion regarding this area. It’s important to hear the clean voice more instead of hearing the dirty one, which is what the focus tends to be on, and how clean athletes are losing out again.”

“Having been directly affected by athletes cheating in my event, I feel quite passionate about clean sport. All athletes should be able to voice their opinion regarding this area”

Since retiring from athletics, Sotherton has been a radio and TV pundit at major championships, having worked with BBC 5Live, talkSPORT and Channel 4 on athletics coverage, as well as a stint with Sky Sports at the London Olympics.

She also works as a public speaker, having been a guest speaker at the Oxford Union, the Women in World Athletics Conference and the British Athletics officials conference. However, she says: “I have no urge to be on the radio or in the limelight. If I’m asked to do media, I’ll always say yes, as it’s fun. I’m passionate about the athlete’s journey to success and that’s my vocation.”

She also appeared on Pointless Celebrities with Mark Foster but, although acknowledging that it was enjoyable, in her true straight-talking fashion, she says: “It is not about trying to make myself more famous. I’m not bothered by that.”

One thing is certain: Sotherton will not be taking her foot off the gas just yet. She knows that being an Olympic medallist is not enough in itself and, therefore, she is being proactive in an attempt to create opportunities for herself, but also to try and change the sport for the better.

She says: “I am Kelly Sotherton, an Olympic heptathlete and that has opened doors for me. I want to follow my passion and vocation.”

Tags: Kelly Sotherton, Photograph by Mark Shearman, Where are they now?