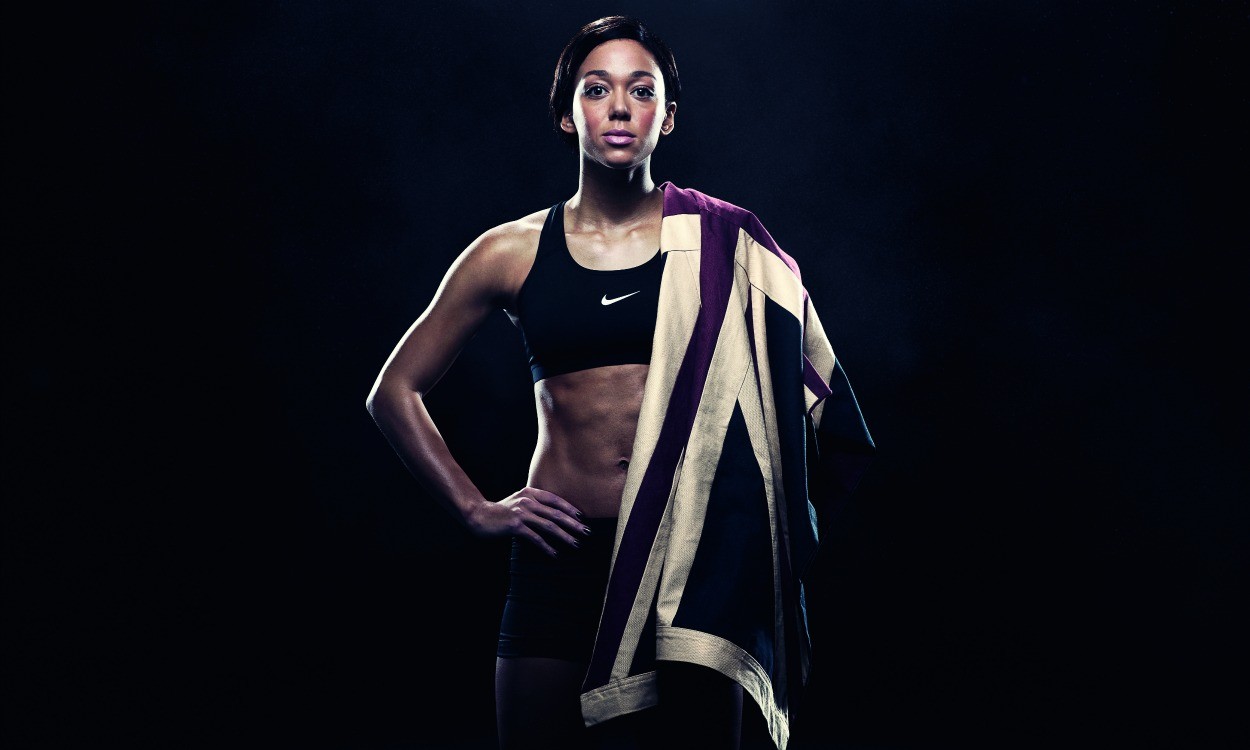 Katarina Johnson-Thompson isn’t one to hide her emotions. “I’m not a poker-face kind of person,” she says. “I wear my emotions on my sleeve and I can’t help that, I can’t hide it. My coach always says that if I don’t want to do a session he can tell by my face.”

The past couple of years have been a rollercoaster of highs and lows for the talented 23-year-old and her emotions have been shared with the watching world.

Fans who have been treated to many superb performances have also been witness to other moments that didn’t quite go to plan and it is those which help to fuel Johnson-Thompson’s fire as she targets heptathlon gold at the Rio Olympics this summer.

The Mike Holmes-coached Liverpool Harrier entered 2015 as the world No.1 in the heptathlon. Despite battling injuries through the year, she bettered the British indoor high jump record to 1.97m, improved the UK indoor long jump record to 6.93m, came within 13 points of the world pentathlon record when claiming the European title after a British record-breaking performance in Prague and lined up at the IAAF World Championships in Beijing as one of the favourites.

“Looking back on it now, that was probably my best performance,” Johnson-Thompson says as she reflects on Prague, despite having been clearly crestfallen at the time. “I feel gutted that I reacted that way,” she adds. “I am happy about it, especially because I was injured throughout as well. My coach said that was just like me, because I didn’t think I was going to get through it – that was me bursting with emotion that I had got through it.”

Always striving for faster, further, higher, the current AW cover star was dealt another setback at the start of the summer when injury prevented her from defending her Hypo-Meeting title in Gotzis.

The decision to withdraw was made with the World Championships in mind and through a lot of hard work and determination Johnson-Thompson, who is a brand ambassador for Science in Sport, battled back to line up in Beijing and take on the likes of her Olympic champion team-mate Jessica Ennis-Hill and Canada’s Commonwealth champion Brianne Theisen-Eaton.

After results including a 1.89m clearance in the high jump, 23.08 in the 200m and PBs of 13.37 and 12.47m respectively in the 100m hurdles and shot put, Johnson-Thompson was sitting in second behind Ennis-Hill ahead of one of her strongest events.

“If it was this much,” Johnson-Thompson says, holding up her thumb and forefinger to show a tiny gap, “then it would have been a completely different season.”

By “this much” the heptathlete is describing the single millimetre by which her toe was over the take-off mark in her final attempt to record a leap in the long jump. Had the jump counted, it would almost certainly have been the longest of the competition and not far off her PB. A jump of around the estimated 6.85m would have put her narrowly in the lead at that point.

“Getting to Beijing and getting into a kind of winning position and being able to be in the position where I could have pulled it off despite all the injuries was probably the main punch in the stomach for me,” she says.

“It’s just one of those things,” adds the 2014 world indoor long jump silver medallist. “It happened and there’s nothing I can do to change it. You’ve just got to move on.”

And she has moved on. With Rio now just six months away her focus is on the future and not what could have been.

“Realistically I’ll be disappointed if I don’t come away with the gold,” she says, once again wearing her heart on her sleeve. “I’m not putting pressure on myself, it’s just the truth and I’m not going to lie. I’d be annoyed if I don’t get the gold.”