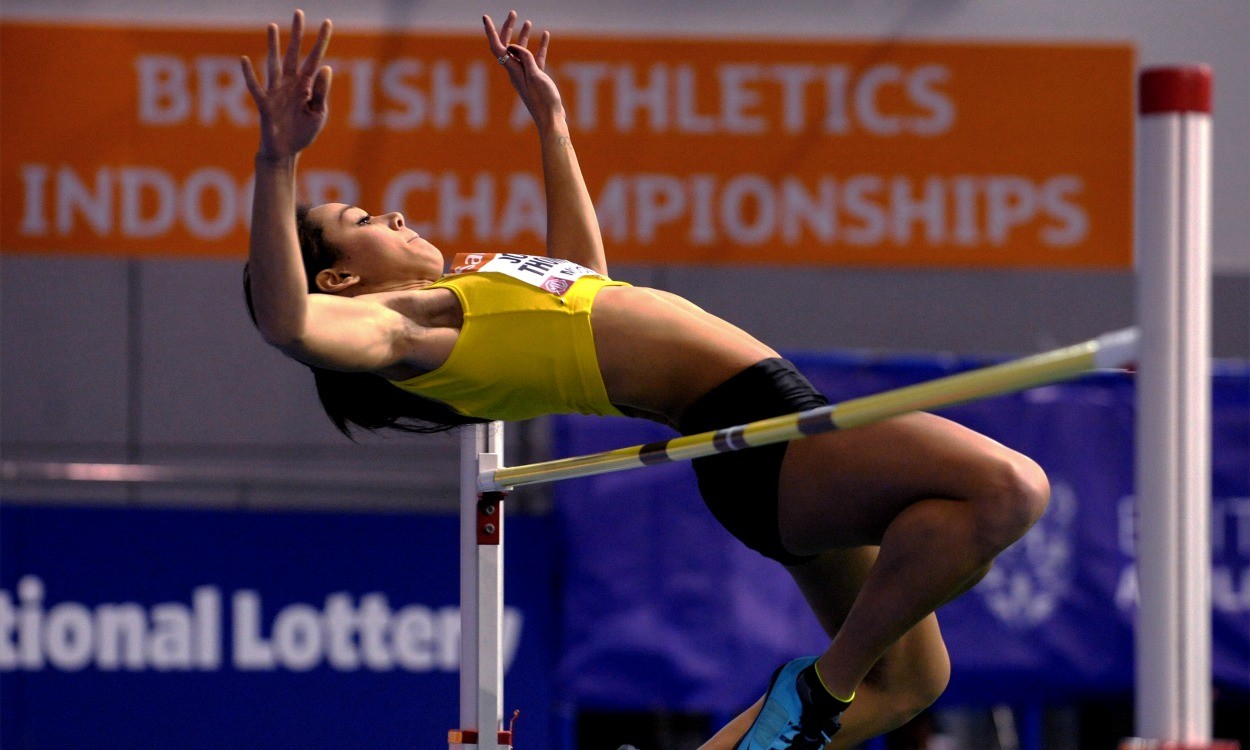 Katarina Johnson-Thompson is to continue her comeback from injury by competing at the Sainsbury’s Indoor British Championships in Sheffield on February 14-15.

The 22-year-old is due to defend her high jump title as well as contest the 60m hurdles after setting a British indoor high jump record and winning the long jump 12 months ago. Johnson-Thompson went on to win long jump silver at the World Indoor Championships last March.

The No.1 heptathlete in 2014 set her world-leading score of 6682 points when winning at the prestigious Hypo Meeting in Gotzis last June before injury prevented her from competing at the Commonwealth Games and European Championships. She returned to competitive action in January, winning the long jump and the 60m hurdles in an equal PB at the Northern Athletics Championships.

She is also set to compete in the long jump at the Sainsbury’s Indoor Grand Prix in Birmingham on February 21 as she works towards contesting the pentathlon at next month’s European Indoor Championships in Prague.

Johnson-Thompson will go up against the likes of outdoor British high jump record holder Isobel Pooley and world junior champion Morgan Lake at Sheffield’s EIS where a number of other defending champions will also be in action. As well as British titles, athletes will be competing for European selection.

A draft timetable for the event together with entries can be found here.