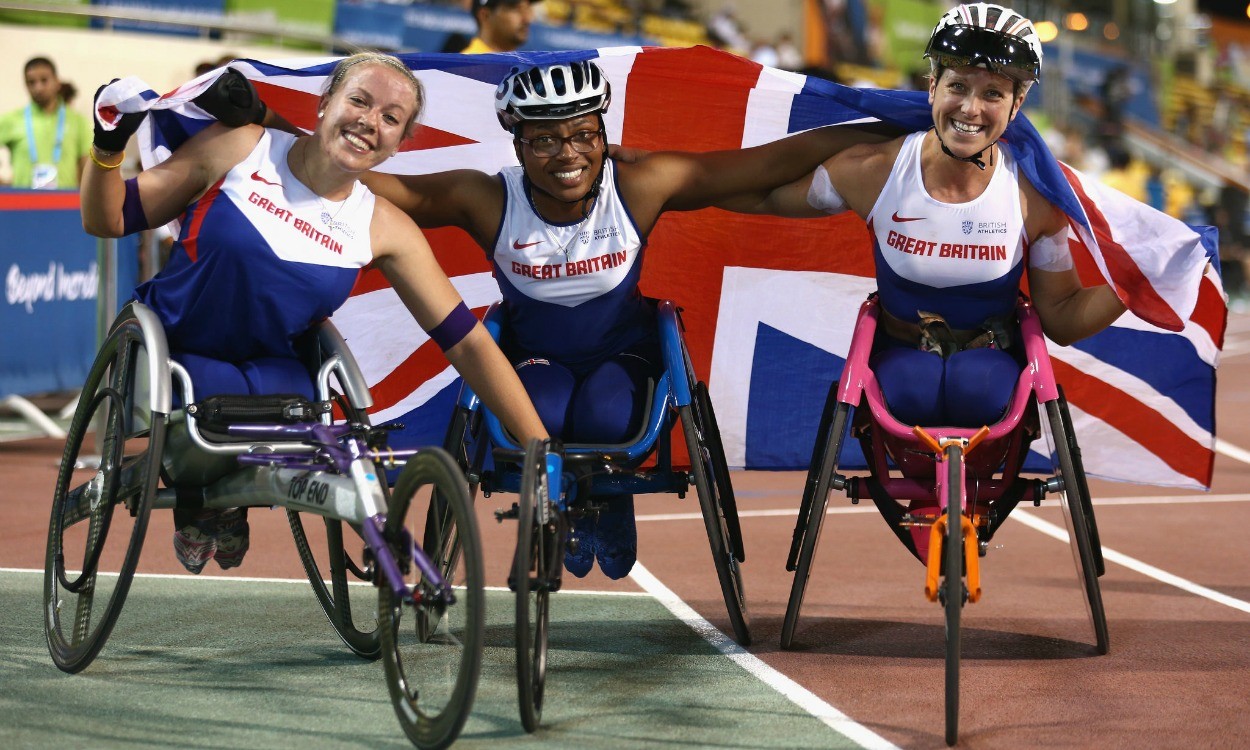 Four years after taking up wheelchair racing, teenager Kare Adenegan is preparing for her Paralympic debut with the knowledge that there’s every chance she could come away from Brazil as a multiple medallist.

Adenegan, at just 15, is the youngest athlete in the British athletics team but holds realistic medal ambitions in the T34 category as she prepares to go in the 100m, 400m and 800m.

Two bronze medals over the longer distances in Doha at the IPC World Championships last October while she was still only 14 confirmed the promise she’s shown since first learning about her sport at the 2012 Paralympics in London, and proved what a fast learner she is.

“It’s amazing really,” Adenegan said. “It’s only four years ago. I remember my first session struggling and having really tough winters wondering if am I ever really going to get to the world stage.

“I remember before Doha thinking that I’m aiming for London 2017. That was the World Championships I wanted to get to. The fact I got to go to Doha two years before that was just a bonus.

“I’ve always had the dream of Rio in my mind but when I started I tried to take every single race as it came. After Doha I realised that I am one of the best T34 women in the world and I can do this for a long time and do it well. It has been an amazing journey.

“I’ve always got in the back of my mind that I’m at the Paralympic Games and it’s the biggest thing I’ve ever done. This is the thing I’ve been dreaming about since I started four years ago so I’m just trying to relax and make myself at least think it’s just another race.”

It’s astonishing to think that at Tokyo 2020 Adenegan, born in December 2000, will still not even be 20, but could well have numerous Paralympic, world and European medals by the time that comes around. She’ll have ample time on her side, but will have racked up the experience of a weathering professional.

She added: “I feel quite privileged that I’ve become a senior athlete quite early. I’ve got many, many years in the squad hopefully. As I get older I’ll hopefully be able to be one of the people who can look back at the 2016 Paralympics and see it as an inspiration to some of the new athletes who have come out.”

Not only is the Coventry Godiva athlete a double world medallist before her 16th birthday, she also holds the unique honour of being the only athlete to beat Hannah Cockroft at senior level when she got the better of the double Paralympic champion last year over the 400m.

“I try not to think about it a lot. It was a surprise,” Adenegan said, reflecting on the victory. “I just try and focus on my own race. I know it’s happened and maybe that’s made other athletes realise that anything can happen in a race.

“As long as you just do your best, whoever is out there you can beat or do well against. On that day I just focused on doing my best, and that’s always what I’m focusing on. Whatever happens after that, if I beat somebody or medal, that’s an amazing extra.”