Kadeena Cox: “Sport was a massive coping mechanism for me” 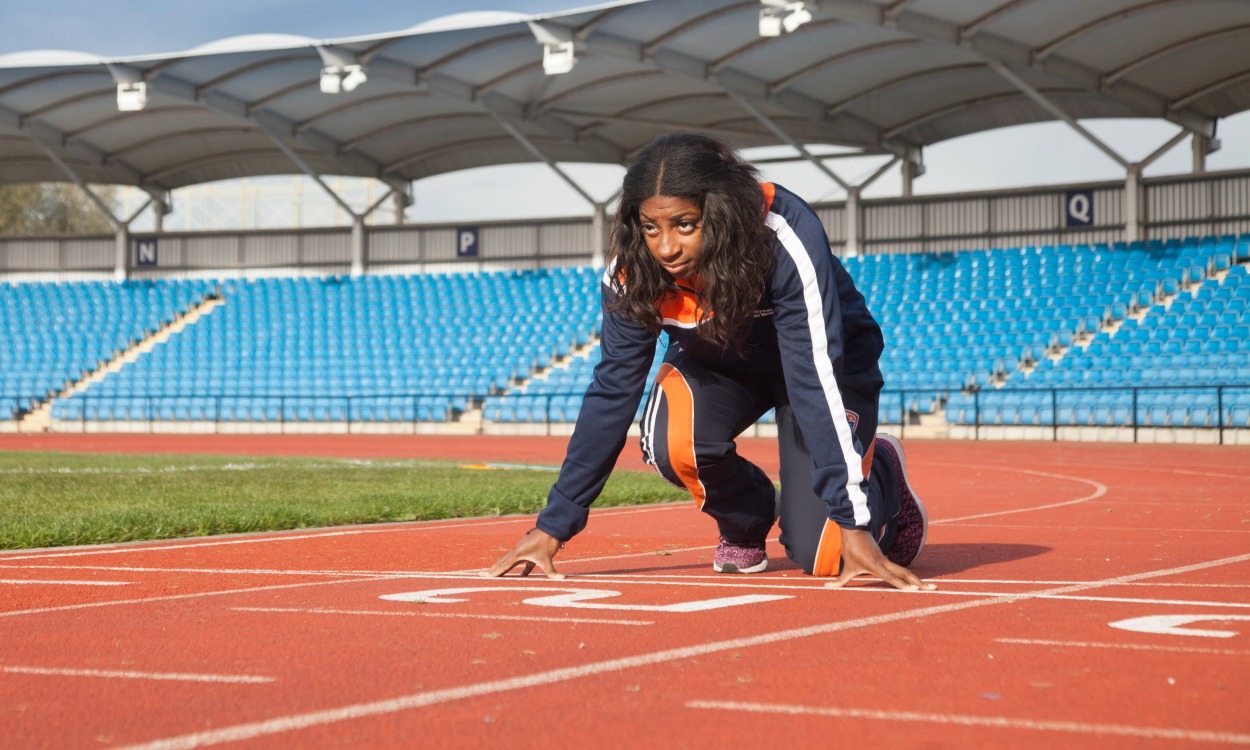 The Paralympic champion made history by winning gold medals in two different sports in Rio and now she’s got her sights set on success in a third, winter, event

Kadeena Cox says her Rio 2016 achievements are still yet to sink in, but the 25-year-old has already set herself a number of new goals, including competing at the Beijing 2022 Games as a winter Paralympian.

Cox became the first British athlete since 1984 to win gold medals in two different sports at a single Paralympics when she claimed T38 400m victory in a world record after winning the cycling C4-5 500m time trial. The Brian Scobie-coached sprinter also claimed 100m bronze and T35-38 4x100m relay silver in Brazil and those performances led to Cox being selected as the flag bearer for ParalympicsGB at the Rio closing ceremony.

On becoming Britain’s flag bearer, Cox added: “That was the biggest honour of all. I was summoned down by the Chef de Mission Penny Briscoe and I thought she was calling me to tell me off to be honest! I didn’t expect it at all. There were so many amazing performances at the Games, so to be selected to represent everyone at the end of a Games was an honour.”

“Sport was a massive coping mechanism for me. I knew it was what was going to help me through”

It was just after the Sale Harriers athlete competed at the Loughborough International in May 2014 that she was diagnosed with having had a stroke. Already a very talented sprinter who had run 11.93 for 100m and 56.64 for 400m in 2013, a further diagnosis of multiple sclerosis changed the course of Cox’s athletics career and she began competing the following year with the Rio Paralympics in mind.

“Sport was a massive coping mechanism for me. I knew it was what was going to help me through,” Cox explained. “I’m a very goal-driven person. I can set myself high goals in sport and I’ll always work towards them. At no point do I let anything get in my way. I knew the sport was what was going to spur me on to forget about the negatives and the bad things with my condition and focus on what I could achieve.

“It was a journey that was started for one individual who wanted to help herself and get to the Games and it became more of a journey about other people and how I could kind of empower and be a role model to people in a similar situation,” she added. “To prove even with massive setbacks and conditions like mine you can still achieve amazing things.”

While continuing to target both athletics and cycling major championships over the next few years, the highly-driven athlete is also aiming for another, colder, type of track. Bobsleigh has been provisionally approved by the IPC for the Beijing 2022 Winter Paralympics which gives Cox another title to target.

“As soon as I found that I could do a winter sport as a Paralympian I thought ‘this could be my next challenge’,” said Cox, who had been on a talent pathway for skeleton at the time of her stroke. “Someone told me while I was out in Rio that they had just put the bobsleigh in for 2022 and I was like ‘it’s meant to be’.

“I might not even still be able to walk at that point, hopefully I will be, but it’s a dream. Fingers crossed it will come true just like the dream of going to Rio and smashing it. We’ll see.”

Cox, who is a Manchester Metropolitan University student and supported by an MMU Sport scholarship, suspended her studies in order to concentrate on competing in Rio and has recently returned to continue her physiotherapy degree.

Opening her own clinic is another of Cox’s future aims, but for now her sights are set on further sporting success.

“I set my goals high but with the intention of just enjoying every moment and seeing what comes my way,” she added. “Life can throw lots of things at you but I just go with the flow.”