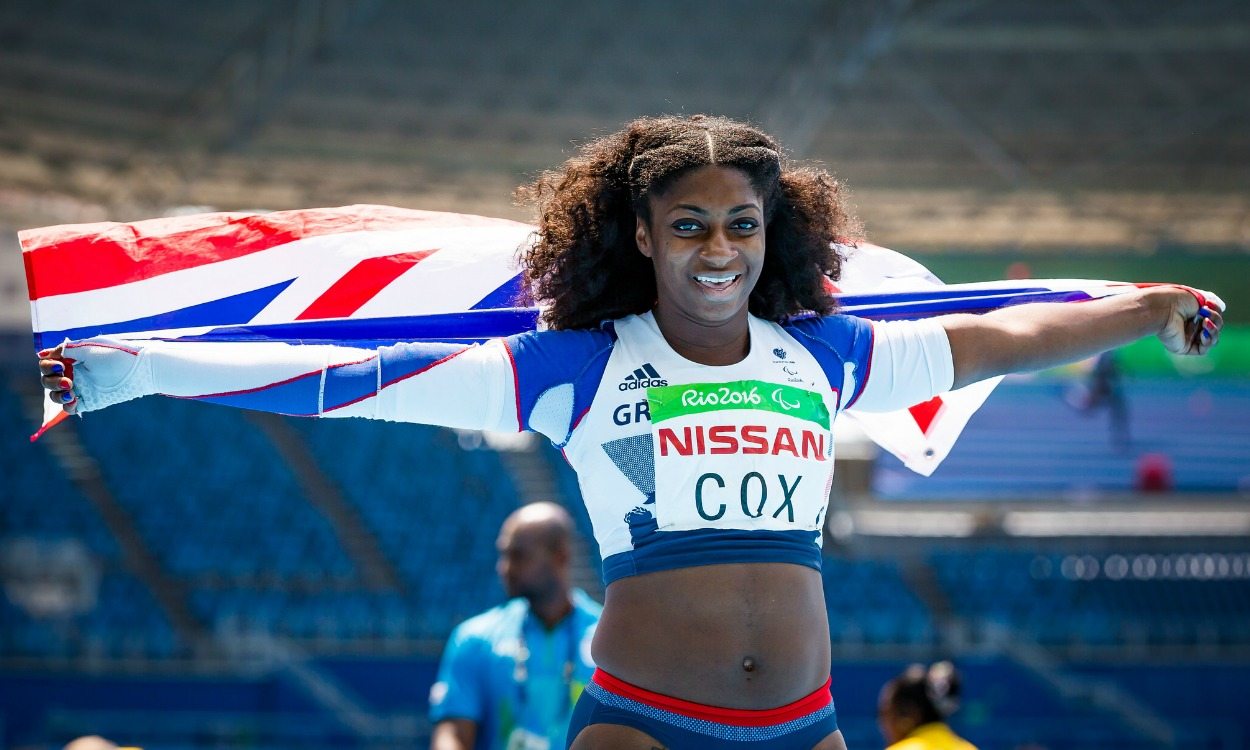 Kadeena Cox has been named as the flag bearer for Great Britain at the Rio 2016 Paralympic Games closing ceremony.

The 25-year-old became the first British athlete since 1984 to win gold medals in two different sports at a single Paralympics when she claimed victory in the T38 400m in a world record 60.71 after winning the cycling C4-5 500m time trial. Cox also claimed 100m bronze and T35-38 4x100m relay silver in Rio.

“It was a bit of surprise to be told that I would be flag bearer for the team,” Cox told ParalympicsGB. “I’m really grateful that the team thought that I was good enough for this honour, given the strength of performances across all the athletes [in ParalympicsGB] this time around. I’ve just been doing my own thing as an athlete, preparing and racing and I never thought of being flag bearer.

“It’s a great feeling to know that I’ll be standing at the front of such an exceptional group of athletes from GB, to represent what has been such a successful and high-achieving team.”

Cox had run 11.93 for 100m and 56.64 for 400m in 2013, which was the year before she was diagnosed with multiple sclerosis. It was two days after the Sale Harrier competed in the Loughborough International in May 2014 that she suffered a stroke which changed the course of her athletics career and she began competing the following year with the Rio Paralympics in mind.

“I only originally expected just to get to Rio, let alone win medals, so to do this is the icing on the cake of an amazing Games,” Cox added on being flag bearer. “I couldn’t have imagined this in my wildest dreams. To do something as special as carrying the flag is incredible.”

The ParalympicsGB team currently has 147 medals overall, which is 27 more than in London four years ago. The athletics team has so far claimed 33 medals, 15 of those gold, which compares to the London 2012 total of 29 medals and 11 golds.

“Kadeena’s achievements in Rio have been absolutely remarkable, and she is the perfect choice to be our flag bearer,” said ParalympicsGB Chef de Mission, Penny Briscoe MBE. “To strike gold in two sports is no mean feat, and it pays tribute to her talent, pride and determination and also the work of British Athletics and British Cycling, with the support of National Lottery funding, to help her achieve and surpass her goals.

“As the Games draw to a close we can begin to reflect on the exceptional performances of our athletes and this incredible medal haul. The closing ceremony is the perfect way to kick off the celebrations for this record-breaking team. I am so proud of each and every member of the team.”