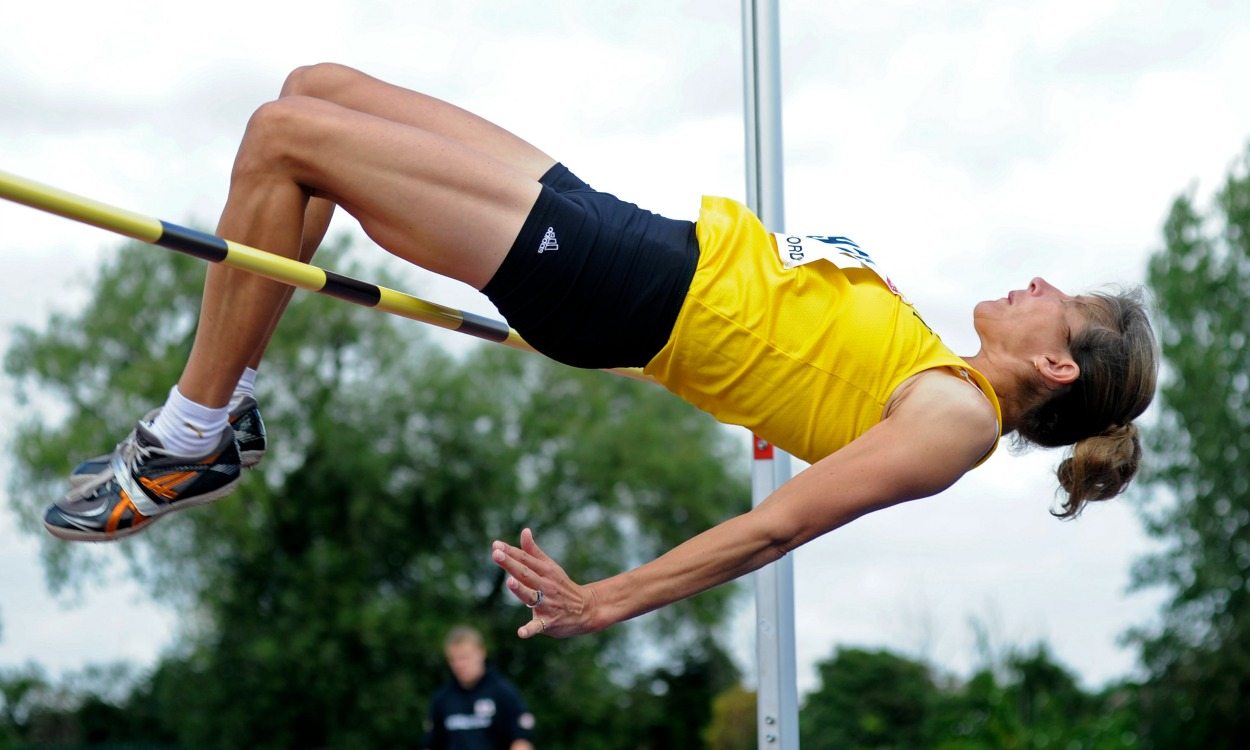 A look at some recent results by British athletes, including a UK W45 record-equalling high jump of 1.65m by Machin in Ashford

Southampton’s men and Epsom and Ewell’s women were clear winners of the area league finals.

Epsom retained their title with a score of 241 from Dartford Harriers’ 227.

Blackheath and Bromley were easy winners of the under-17 league with 950 points from Team Edinburgh’s 839 and Shaftesbury Barnet’s 768.5.

Another outstanding Blackheath winner was James Whiteaker in the under-20 javelin with a league record 72.41m.

Southampton won the lower age group in a much closer event with 612 points as Edinburgh (608.5) and Blackheath (601.5) followed them.

Tom Ireland of Shaftesbury won the overall best performance award with a 4:24.47 1500m win in the under-15 event.

Highlights can be found in an online report here, while the next edition of AW magazine will include further coverage.

Marina Johnson was first woman in 37:46.

Mohammed Abu-Rezeq won a close race with Matthew Bond by two seconds in 30:03.

In the first week of cross-country racing in the USA, there were a lot of Brits in action.

Sarah Astin was second in Earlysville, as was Katherine Turner in Carmel. Matthew Edwards was runner-up in Nashville.

There were third place for Charlotte Murphy in Waco and Kimberly Johansen in Ellen.