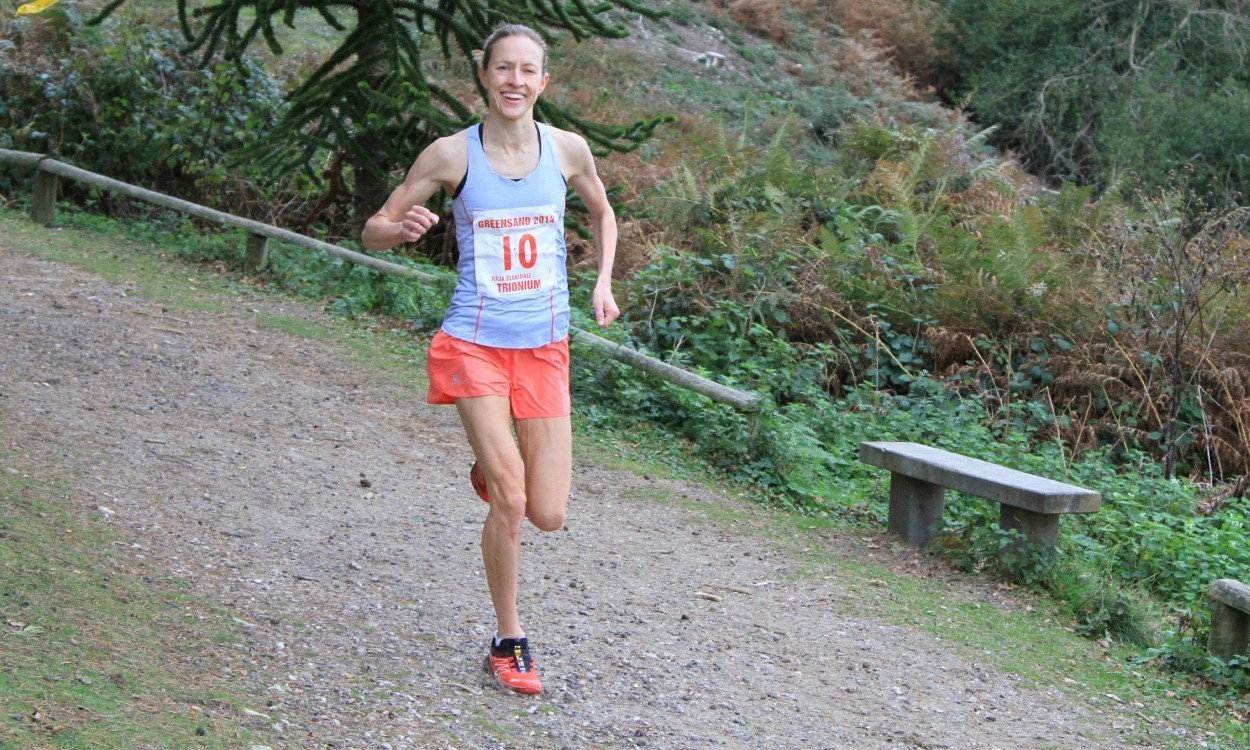 Julia Bleasdale says her recent performance at the tough Greensand Marathon has given her confidence following injury struggles this year.

The 33-year-old made a winning return to action on Sunday after a leg problem interrupted her summer plans, her time of 2:54:50 for the challenging 26.2-miles route in the Surrey hills an outright course record which is more than two minutes faster than the men’s best and almost an hour quicker than any female runner has recorded.

Although pleased with the result, Bleasdale, who had previously only raced a maximum of ten miles, is keen to stress that she hadn’t made a conscious decision to step up to the marathon and more saw the event as an extended long training run.

“There was no intention as such to run a marathon, that’s not the reason why I took part,” she explains. “If it had been 18 miles or 22 miles or 24 miles or even 28 miles I would have participated nevertheless.

“It was more to share the joy of running and exploration through the Surrey hills where I used to live with a handful of runners, joggers, shufflers and the supporters. I always do a long Sunday run anyway so it was sort of an extended long Sunday run.”

Although not planning an immediate step up to the marathon, the London 2012 Olympian isn’t ruling out taking on longer distances at some point in the future, but right now her focus is on a return to full fitness and on Thursday she travelled out to Ethiopia for a dedicated training block.

“My training in Ethiopia will be pretty similar to what it has been previously because at the end of the day a lot of the training I do is just lots of miles and then a little bit of intensity on top,” she says.

“Sunday was certainly encouraging because I’ve just been getting my body back into balance since injury and just running, I haven’t actually incorporated any intense sessions or anything.”

Bleasdale, who finished eighth in the 2012 Olympic 5000m and 10,000m finals with PBs of 15:02.00 and 30:55.63 respectively, looks back to an incident earlier this year which she believes triggered the problems with her leg, causing her to miss events including the Commonwealth Games in Glasgow and the European Championships in Zurich.

“In June a dog jumped at me before I was supposed to go to the European Team Championships. I knocked my knee and it created a swelling and an issue in the knee,” explains Bleasdale, who also missed the summer of 2013 with an Achilles injury. “That healed, I thought, but when I resumed training this other issue came so it basically all stemmed from that initial knock.”

Despite having raced only six times this year, from March to June, Bleasdale ranked in the top 30 in the world this summer for both the 3000m and 5000m thanks to her performances at the New York and Rome legs of the Diamond League series respectively, as well as seventh in the world for 10,000m. She also ran 15:06 at the Carlsbad 5000 in California.

“Running 15:06 on the roads clearly indicated that I am improving. I’m getting faster and there’s a lot more still to come,” she says. “Obviously it’s disappointing what happened in the summer but I know that there’s still races to be run and so you just focus on that progression. It’s not been ideal but there have been some really good positive markers set this year and I’m excited about what the future will hold.”

When it comes to the future, Bleasdale’s not entirely sure yet what it will include and she’ll be using her trip to Ethiopia as an important opportunity to contemplate where she goes from here.

“I certainly would like to continue with the shorter distances but I also feel there’s opportunity over the longer distances. It’s just a matter of seeing,” she says.

“After the disappointment of this summer I’m keen to give myself time and space to get over that and reflect on the past few years and to plan ahead. I’ve got various ideas but the main thing at the moment is to get out to Ethiopia and get fit because then there’s all kinds of opportunities out there.”

Self-coached and also self-funded, Bleasdale will largely be covering the cost of her trip to Ethiopia herself, but while out there she will also be doing some work around the Great Ethiopian Run.

“I’ve got quite a few friends out there and I enjoy showing new people the trails,” she says. “The Great Run sends some athletes out so I’ll be involved with the Great Ethiopian Run in some format.

“I know the trails around the area really quite well,” she adds. “Sometimes the Ethiopian runners joke that I know them a bit better than them! I have this desire to explore and look further afield and venture out into the landscape a bit. I don’t know how far I’ll be taking the other runners but it will be fun to share the experience with them.”

On whether she’ll be running the event competitively herself, she says: “I’ll see how the next few weeks go. It would be nice one year to do it competitively but it would also be nice to enjoy the experience among the masses.”

Discussing her training plans, she adds: “I’ll be looking to go above 80 miles a week. In my best times in Ethiopia I’ve averaged 100 miles but I won’t be jumping straight back to that, I’ll be carefully building the intensity over time.

“Getting really strong and really fit is a process that requires patience and that’s what I’m heading over to Ethiopia to do. In the process of getting fit it will become clear the exact path to take.”