Jude Compton-Stewart is focused on the job 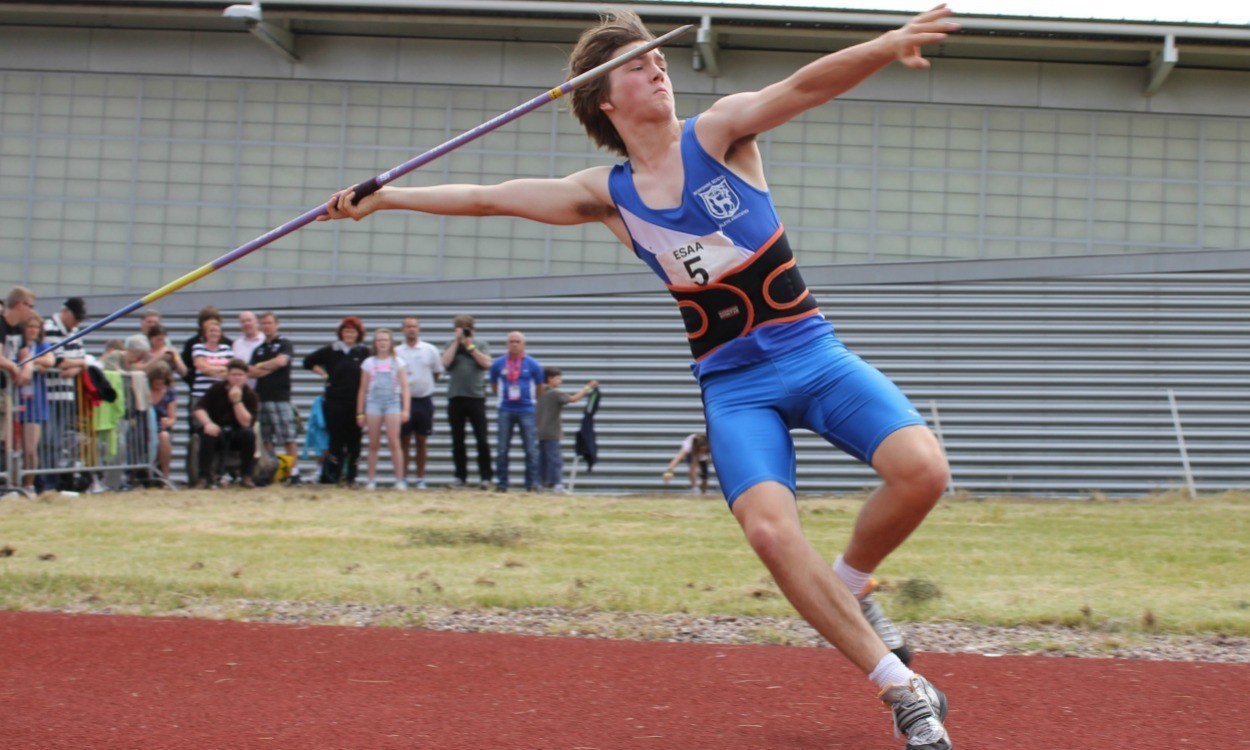 Many top athletes have the ability the block out their competitors and all that is going on around them, but it is a skill that has to be honed through practice. Fourteen-year-old Jude Compton-Stewart has already mastered it and used the technique to perfection when winning the English Schools junior boys’ javelin title last year.

“In the first round, someone threw 49m, meaning I’d have to throw 50m to win, but I didn’t actually know that until afterwards. I wasn’t paying attention to the other throwers, just me,” says the Windsor, Slough, Eton & Hounslow athlete, reflecting back on the day that saw him throw 52.93m in the last round.

“Going into the competition I wasn’t thinking about winning but about throwing over 50m. It’s such a big milestone and that led on to bigger throws later in the season.”

They say success breeds success and just over three weeks later, Jude launched the 600g spear to 57.73m at the South of England Inter-County Championships, a throw that tops the UK under-15 rankings for the season.

“It was good conditions, with a slight head wind, and I’d had a strong coffee to give me some extra energy. My first throw off seven strides was good, so I thought I might get a PB. I went on to the runway practically shaking, with a song going through my head, over and over again. It flew extremely well. I was very happy with it, but in no way expecting it,” reveals the teenager, whose favourite athlete is Jan Zelezny.

“Going into the competition I wasn’t thinking about winning but about throwing over 50m. It’s such a big milestone and that led on to bigger throws later in the season”

Less surprised was Jude’s dad, Ron, who explains: “Jude had been throwing mid-50s in training at about 80% effort, so I wasn’t that surprised.”

A talented all-rounder, Jude also plays rugby for Windsor Boys’ School, club and county in the back row. Despite the overlap, Jude says with a level head: “I’ve really enjoyed it, but I’m going to have to make a decision soon about carrying on. I have rugby training three times a week with my club and school, plus every other week with the county and I have matches most weeks too.”

When it comes to javelin, Jude trains twice a week with his coach, Ashley Fox and also on Sundays with Tom Dobbing (part of the national coaching network) when he can. He explains: “Our sessions can vary from strength sessions with a lot of weights, medicine ball work and hanging from rings to flexibility, with a lot of bar work or technique sessions, with lots of run-throughs, band work and just going through the throw, over and over. I don’t really have a favourite session, as I know all of it is helping and will make me throw further.”

Looking towards the future, Jude again displays a mature attitude. “This year, I’d like to make it to high 60s or maybe even low 70s, but these are very high targets. I have a few people believing that I can achieve and possibly exceed that, but just to get high 60s would be great for me. In the long run, I have no idea what’s going to happen. I’m just going to see how far it takes me,” he says.

You can find further performance stats on Jude on Power of 10 here.