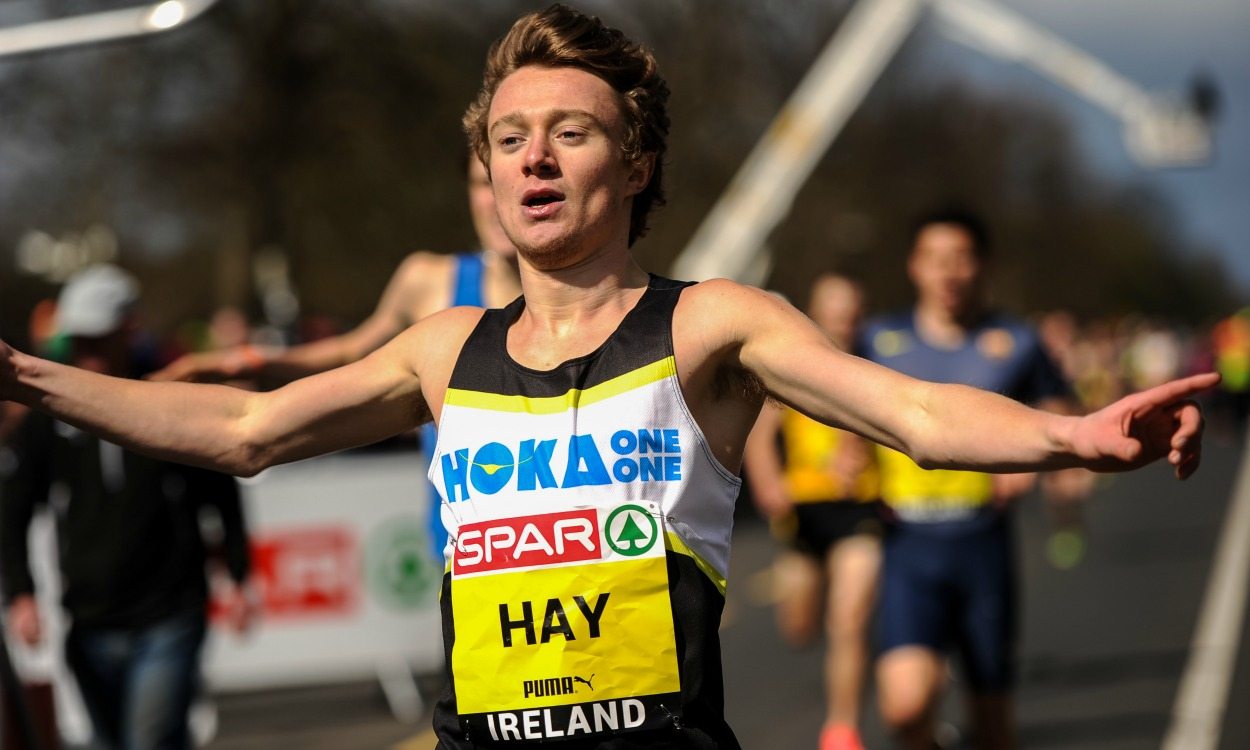 Hay is eyeing up marathons in Houston and London in 2017

Jonny Hay could follow in the footsteps of marathon legend Charlie Spedding next year with marathons in Houston and London followed by a global championship.

In 1984 Spedding won the Houston Marathon in January in 2:11:54 before taking victory in the London Marathon in 2:09:57 and then, in August, took bronze in the Olympic marathon in Los Angeles.

After struggling to a modest 2:23 in his marathon debut in London this year, Hay’s ambitions are more humble than his predecessor’s, but he is tackling a similar plan with Houston in January followed by London in April and then, if he qualifies, the World Championships in London.

The 24-year-old’s last few months have not gone to plan. He was a contender for Olympic selection at the British trials in London in April but blew up after an early suicidal pace, and caught Lyme Disease in mid-summer while in the New Forest, leading to a below-par half-marathon at the European Championships.

But earlier this month he looked in fine form as he anchored Aldershot, Farnham & District to gold in the English Cross Country Relays in Mansfield.

“In London this year I went through the first 10 miles not far off British-record pace and paid the price,” he said. “I got over-excited. I knew I was in good form but was thinking more in terms of running 2:10-11, but went off far too quickly and learned a lot.”

On the subject of the European Championships, he added: “I was plodding in the half-marathon as I didn’t know what had gone wrong in just a few days.”

But the Lyme Disease is now virtually out of his system and he continued: “I’m getting back into fitness again and building up to Houston in January followed by London again.”

He may run the Euro Cross trials in Liverpool. “It’s an event I’ve always enjoyed,” he added. But Hay admitted he is unlikely to race the Euro Cross itself.

He also says he is happy with the idea of knocking out long runs during the bleak winter weather of November and December.

“Until I’ve run a solid marathon, I don’t want to go to altitude,” he said. “If I do a solid run in Houston and then convert in London then I will think about going to altitude perhaps.”