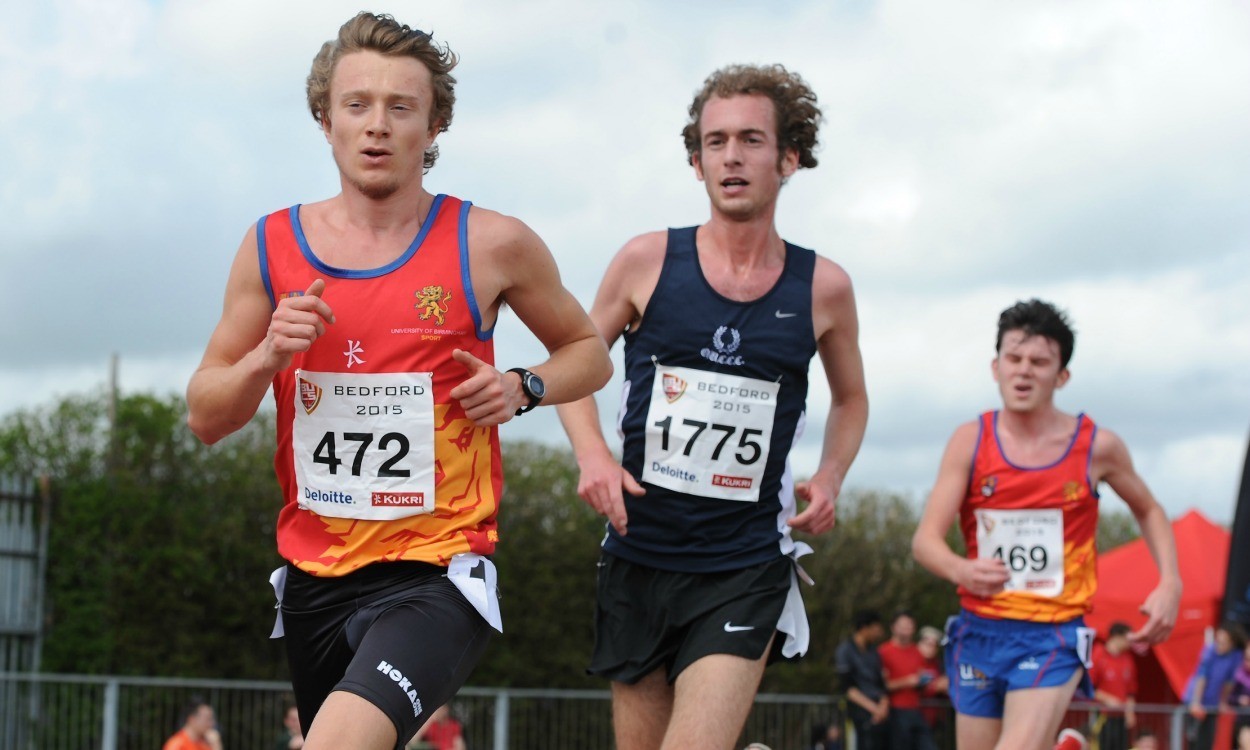 A round-up of British Universities Championships action in Bedford

The BUCS Championships provides one of the early highlights of the domestic track and field season and the three-day competition saw a number of promising performances by student athletes in Bedford.

Athletes competed in a mixture of weather conditions over the weekend, with heavy rain on the Sunday followed by sunny spells on Monday.

Among the brightest performers was Bath’s Kirsten McAslan who on Monday clocked 52.46 to break Perri Shakes-Drayton’s five-year-old championship best when claiming 400m victory. That time is an outdoor PB for the Scottish sprinter who ran 52.28 indoors in February. Behind her, King’s College student Laviai Nielsen ran 52.61 to go sub-53 seconds for the first time and move from 16th to fifth on the UK under-20 all-time list. It is the quickest time by a British teenager since Donna Fraser ran 52.54 in 1991. Nielsen’s twin sister Lina ran a PB of 53.58 for fourth in the final.

The men’s hammer title was won by Loughborough’s Taylor Campbell who again bettered his PB and set a British junior record with the senior hammer of 69.39m.

Loughborough’s Jessica Turner won the 400m hurdles in 58.38, while Jack Houghton won the men’s race in 50.70 ahead of his Bath team-mate Jacob Paul with 51.60. Bath’s BUCS indoor 60m hurdles champion David King went one better than his outdoor silver from last year, claiming gold in 13.92. Marilyn Nwawulor of Middlesex won the women’s sprint hurdles title in 13.84.

Middlesex Uni’s Kieran Daly won the men’s 100m in 10.50 while the women’s title was claimed by St Mary’s sprinter Adeline Gouenon in an 11.61 PB. Gouenon went on to do the sprint double as the next day took the 200m title in another PB of 24.10. University of East London’s Omololu Abiodun added the 200m outdoor title to the indoor gold he won in February, clocking 21.41.

Double Paralympic, world and European champion Hannah Cockroft was just outside the championship record she set when winning her 100m title last year, clocking 18.27 for another victory.

University of West Scotland thrower Rachel Hunter retained her hammer title to win the first gold of the championships after a best of 62.36m. Other winners on day one were Youcef Zatat of Middlesex with 17.08m in the shot and Loughborough’s Eloise Meakins with 46.08m in the javelin.

» Some results provisional at the time of publication. See www.bucs.org.uk for full results once available