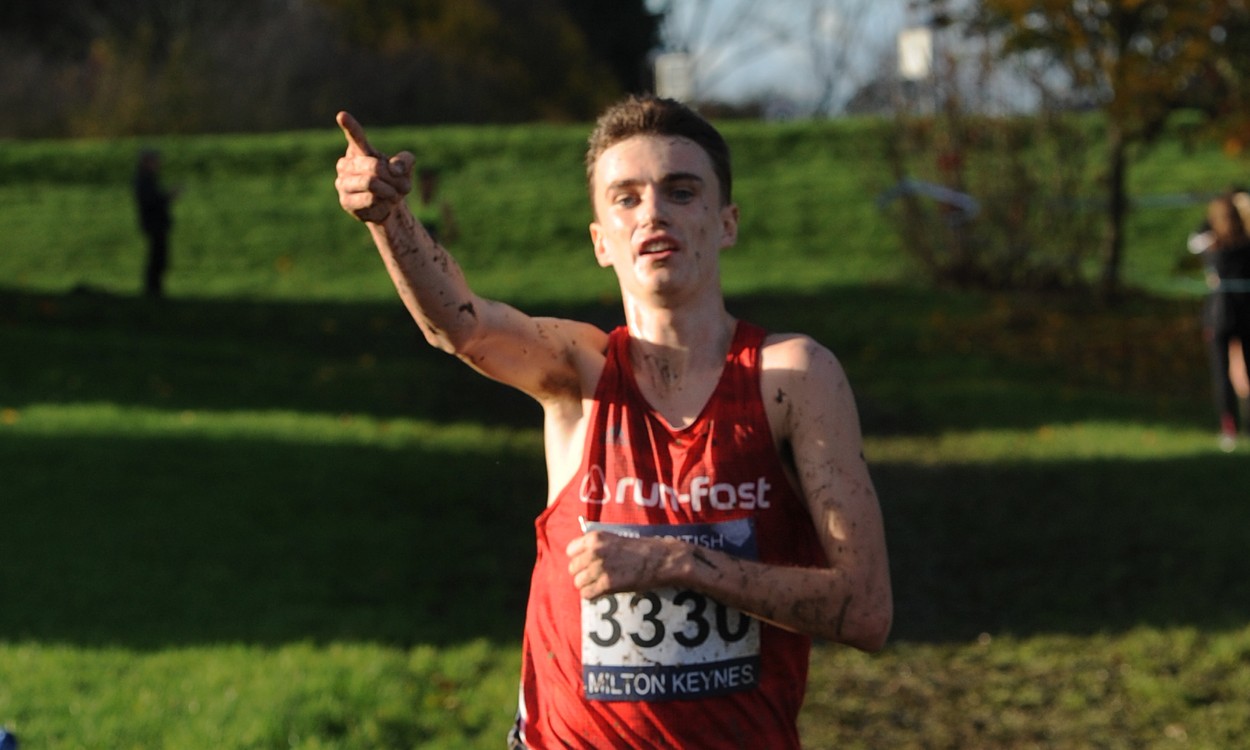 Jonny Davies showed off his superior strength in the first British Athletics Cross Challenge meet of the 2015-16 calendar to run away from the field in the second half of the race at Teardrops Lake, Milton Keynes, to claim his first senior victory in the series.

The event also hosted the Chiltern League match, and despite the damp and dreary weather, the sun shone in the final event of the day for the Run Fast athlete who stretched apart a strong breakaway group which included 2014-15 Cross Challenge champion Adam Hickey.

“It bodes well for three weeks time,” said the 21-year-old, looking ahead to the trials for the European Cross Country Championships in Liverpool. “My main focus is the Euros. I want to go there and I want to get a medal. I don’t want to go there just to finish.”

Louise Damen took advantage of Gemma Steel’s absence from the opening fixture to win the women’s senior race ahead of Elle Vernon of Stockport Harriers in second and winner from MK back in February, Jenny Nesbitt, in third.

Damen, who finished seventh in the marathon at the 2014 Commonwealth Games, was competing for the first time since June and eased her way ahead of the field in what was just her sixth race of 2015.

European junior 1500m champion Bobby Clay further rubber-stamped her credentials as one of Britain’s top up-and-coming runners, cruising away from the field early on to win the women’s joint under-20/17 race – her first cross-country race of the year – while Southampton AC runner Mahamed Mahamed survived a scare on the final bend in the men’s to win it on the line from Leicester runner Ben Djikstra.

Zakariya Mahamed preceded his elder brother’s under-20 victory with a winning performance in the boys’ under-15s and reigning under-15 girls’ Cross Challenge champion Jasmine Cooper came away with a win.

Mike Spill and Kirsten Stilwell won in the under-13 category while Valencia Wright and Jake Barker were winners of the under-11s Cross Challenge run – Barker actually came fifth behind Chiltern League runners.

» Check out the November 12 edition of AW magazine for much more in-depth reports, pictures and results