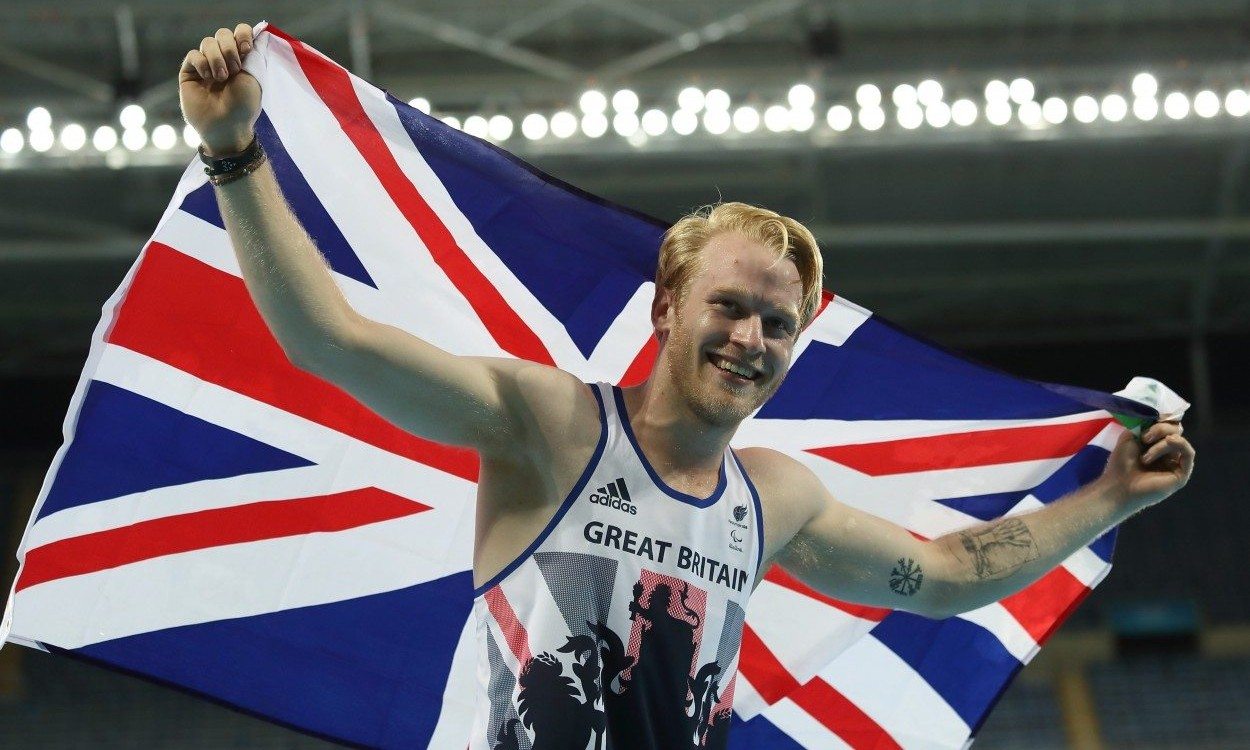 Golds for Jonnie Peacock, Georgie Hermitage, Sophie Hahn and Libby Clegg on the second night of action in Rio

Jonnie Peacock, Georgie Hermitage, Sophie Hahn and Libby Clegg took gold medals on a glorious night for British sprinting on day two of the action at the Rio Paralympics.

Peacock, one of GB’s best known Paralympians after he won gold in London 2012, clocked 10.81 to equal the Paralympic record he had set in the semi-final.

The 23-year-old won with much greater ease than expected. American Jarryd Wallace, who beat Peacock at the IPC Grand Prix Final in London in July, was with the eventual winner for the first 30 metres but faded badly to fifth and 11.16.

The Brit’s closest rival was ultimately Liam Malone of New Zealand, who as a double-leg amputee competing against single-prosthetics-wearers like Peacock stormed through from nowhere over the last 50 metres to run 11.02. Germany’s Felix Streng was one hundredth behind as he took bronze.

It has been a great return to the top for Peacock, who had to miss last year’s IPC World Championships through injury and had for a time ceded his dominance of the event as American Richard Browne improved the world record before his unexpected retirement this year.

Hermitage took more than two tenths of a second from her world record with 13.13 as she convincingly won her 100m T37 race. France’s Mandy Francois-Elie took silver with 13.45 and bronze went to Venezuela’s Yescarly Medina in 13.85.

“I am a Paralympic gold medallist, it is an amazing feeling,” said Hermitage, who competes in the cerebral palsy classifications. “I couldn’t have asked for more today. I was worrying so much in warm-up and call room. I am such an over-thinker but I’ve won on the biggest stage and I’m delighted. To win the gold today is such a relief and shows all the hard work has paid off.”

Hermitage won gold only in the 400m in last year’s IPC Worlds, but hopes later this week to add the one-lap and 4x100m Paralympic titles.

“Of course the dream is to win more gold medals (this week), but we will have to see – fingers crossed,” she said. “I can only be the best I can be now, but I treat every race like my last and give it everything.”

Less than 10 minutes after Hermitage’s win, Hahn finished well clear in 12.62 to equal the T38 Paralympic record she set in qualifying. She was just two hundredths outside the time she ran to win IPC Worlds gold last year.

The 19-year-old, who has cerebral palsy, did not take up athletics until being inspired by watching the London 2012 Games.

Hahn said: “To be watching on TV in London and then four years later to be Paralympic champion it’s incredible.”

With three Britons in the final, it bodes well for the 4x100m relay hopes later in the week. Hahn said: “A second gold would be amazing, but right now I’m going to relax and focus on it next week.”

Clegg gained her first Paralympic title, following a silver medal apiece in 2008 and 2012, winning the 100m T11 for athletes with a visual impairment.

She clocked 11.96, five hundredths slower than the world record she set in her semi-final earlier in the day. It had been a day of mixed emotions for the 26-year-old as she was temporarily disqualified after that semi when it was ruled her guide runner, former world youth 400m champion Chris Clarke, was deemed to have broken the rule concerning illegal assistance. However, a successful appeal put Clegg back in the final.

The duo did not enjoy the best of starts in the final, but came through strongly to finish two hundredths clear of China’s Zhou Guohoa. The other Chinese athlete Liu Cuiqing, who briefly held the world record with her semi-final run before it went to the Brit, took bronze with 12.07.

Brazil’s Guilhermina Terezinha, who won 100m and 200m gold in London 2012, disappointed the home crowd by crossing the line fourth and was later disqualified.

It has been an at times challenging 12 months for Clegg. Just 10 months ago, she lost her Lottery funding as UK Athletics cited a lack of improvement since 2012, which followed her withdrawal from the IPC Worlds through injury. She only started working with her new guide runner in February 2016 and then it wasn’t July that she dicovered that her detoriating eye condition would mean she would be reclassified from T12 to T11 for Rio, which meant wearing a blindfold, an adjustment she found difficult.

Clegg said: “It’s been a bit of a whirlwind of a day – obviously I set the world record this morning, then I got disqualified for alleged dragging by my guide before being reinstated, so it’s been a tough day. It’s been a bit exhausting but it is good to end on a high, although I am a bit shell-shocked. I’m sure it will hit me in a few days what I have achieved, although maybe it can wait until after the 200m, though.”

Canada’s Brent Lakatos was favourite for the men’s 100m T53 and he duly delivered. Clocking 14.44 to win by 0.36, he went one better than his wife, Stef Reid, had achieved in the long jump pit earlier in the day for GB. Britain’s Mickey Bushell was sixth with 15.09 as he tried to retain his title.

China’s Liu Wenjun won the 100m T54 in 16.00. American Tatyana McFadden was happy with silver in 16.13 as she began her quest for seven medals in Rio. The wheelchair athlete, who dominates the 26.2-mile distance, won three gold medals in London 2012.

Cuba’s Omara Durand took the gold in Clegg’s former event, the 100m T12, breaking her own world record by eight hundredths with 11.40.  She took gold in the 100m and 400m in the T13 classification four years ago.

Ukraine’s Ihor Tsvietov took a predictable win in the 100m T35 event. He crossed the line in 12.35 to miss his world record from the semis by 0.13. Brazil’s Fabio Da Silva Bordignon took silver with 12.66, just ahead of Argentina’s Hernan Barreto (12.85).

Trinidad & Tobago’s Akeem Stewart took gold in the javelin F43/F44 for amputees. His best distance of 57.32m was a world record in the F43 category.

China’s Zhang Lianmin led a China one-two in the discus F11 event, her 36.65m enough to put her more than a metre clear of team-mate Tang Hongxia, the runner-up.

In the 400m T12 for athletes with visual impairment, China’s Sun Qichao took gold, his 48.57 being just five hundredths outside the world and Paralympic record.