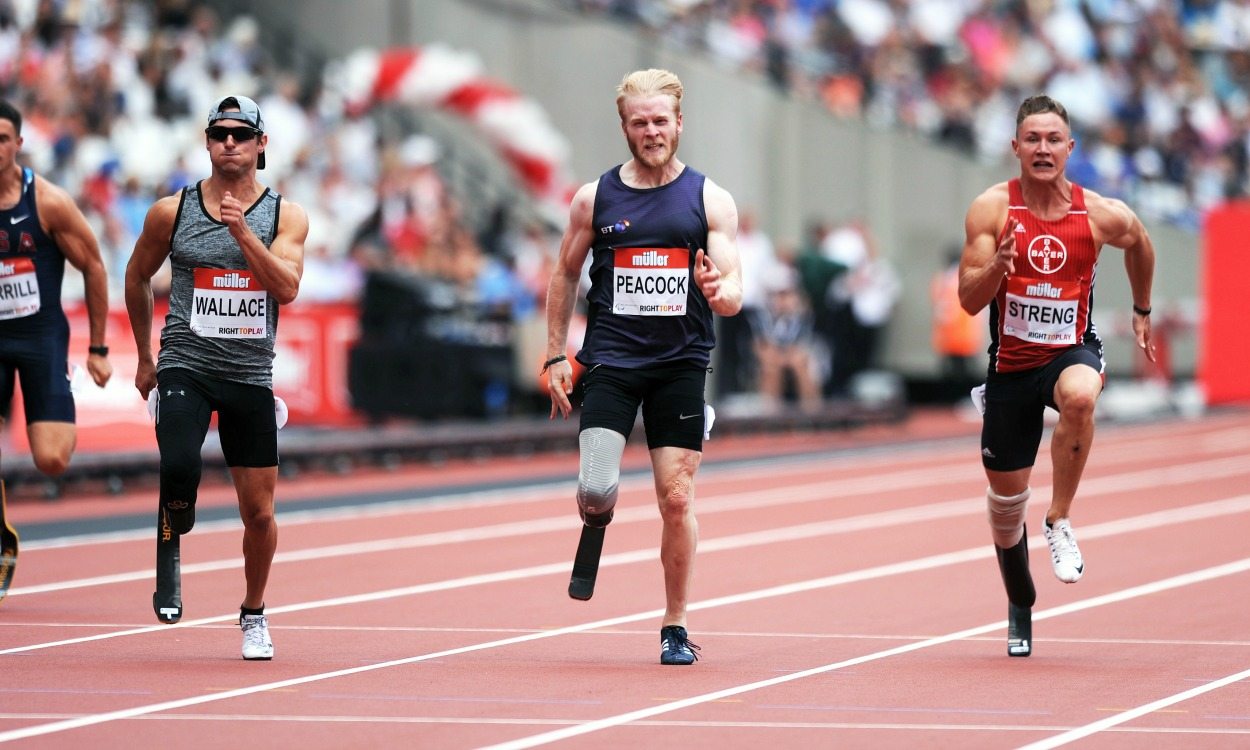 Jonnie Peacock and Libby Clegg are among the 41 athletes to have been added to the Great Britain and Northern Ireland team for the Rio 2016 Paralympic Games.

This follows the first wave of selections announced last month and takes the track and field ParalympicsGB team to 54 athletes.

Among the 21 returning Paralympians are London 2012 gold medallist Peacock, Beijing and London Paralympic medallist Clegg, and Stephen Miller, the most experienced athlete named as he is set to compete at his sixth consecutive Paralympic Games.

“I’m so happy to be able to say that I’m officially going to Rio,” said Peacock. “Throughout this cycle we’ve seen just how competitive the T44 class is and I know there are going to be some incredibly fast times in Rio. I’m looking forward to racing with the best and I know the support from back at home will supercharge me to give a performance to be proud of.”

Clegg will compete at her third Games in Rio, and it will be her first with new guide runner Chris Clarke. Crowned Commonwealth champion in 2014, the 26-year-old has been forced to miss a number of major competitions this cycle through illness and injury. She was reclassified as a T11 sprinter earlier this year and went on to set a world record in the T11 200m at Saturday’s IPC Athletics Grand Prix Final in the same venue where she won Paralympic silver in 2012.

“I’m delighted to be selected for my third Paralympic Games,” she said. “It’s been a whirlwind of a journey since London after a number of injuries but it’s great to come through the other side and be a part of a really strong ParalympicsGB team heading out to Rio.

“Having changed classification recently, Saturday’s performance in London was beyond our wildest expectations. However, we are now focused to getting amongst the medals and we can’t wait to get going.”

Clarke added: “This is a totally new experience for me and a complete learning curve. To be able to go to a major Games is a dream come true and we are going into Rio with a lot of confidence.”

Athletes competing at their first Paralympics include former serviceman David Henson, who took up sport following his rehabilitation from injury in Afghanistan in 2011, T44 sprinter Laura Sugar, who was talent-spotted at a ParalympicsGB Sports Fest at the end of 2012, and teenager Kare Adenegan, who completed GB’s podium domination in the T54 800m with a bronze medal at the 2015 IPC Athletics World Championships in Doha.

Henson said: “It’s always an honour to represent your country and I’m so proud that I will be making my Paralympic debut in Rio. This is the real pinnacle of our sport and a huge amount of hard work has gone on behind the scenes day in and day out to make this happen. I can’t wait to go out and compete in Brazil and give a lifetime-best performance on the track.”

Penny Briscoe MBE, Chef de Mission for ParalympicsGB, said: “This is a formidable line-up and I’m really excited to welcome these athletes to the team today. With a mix of experienced names and new faces, we can look forward to some really exciting performances in Rio and more memorable moments from our track and field athletes.

“This is set to be the most competitive Paralympics ever but I know there is serious medal potential here and it pays testament to the hard work of Paula Dunn and her team at British Athletics. I’d like to wish the athletes all the very best with their final preparations for the Games.”

Dunn, team leader and British Athletics’ Paralympic head coach, added: “I’m so proud of all the athletes selected today, and of the incredibly strong team of track and field athletes that we are taking to compete in Rio in just a few weeks’ time. There is some incredible talent here and the athletes have put everything into their training to ensure we are a world class team. We will be a force to be reckoned with once competition begins.”