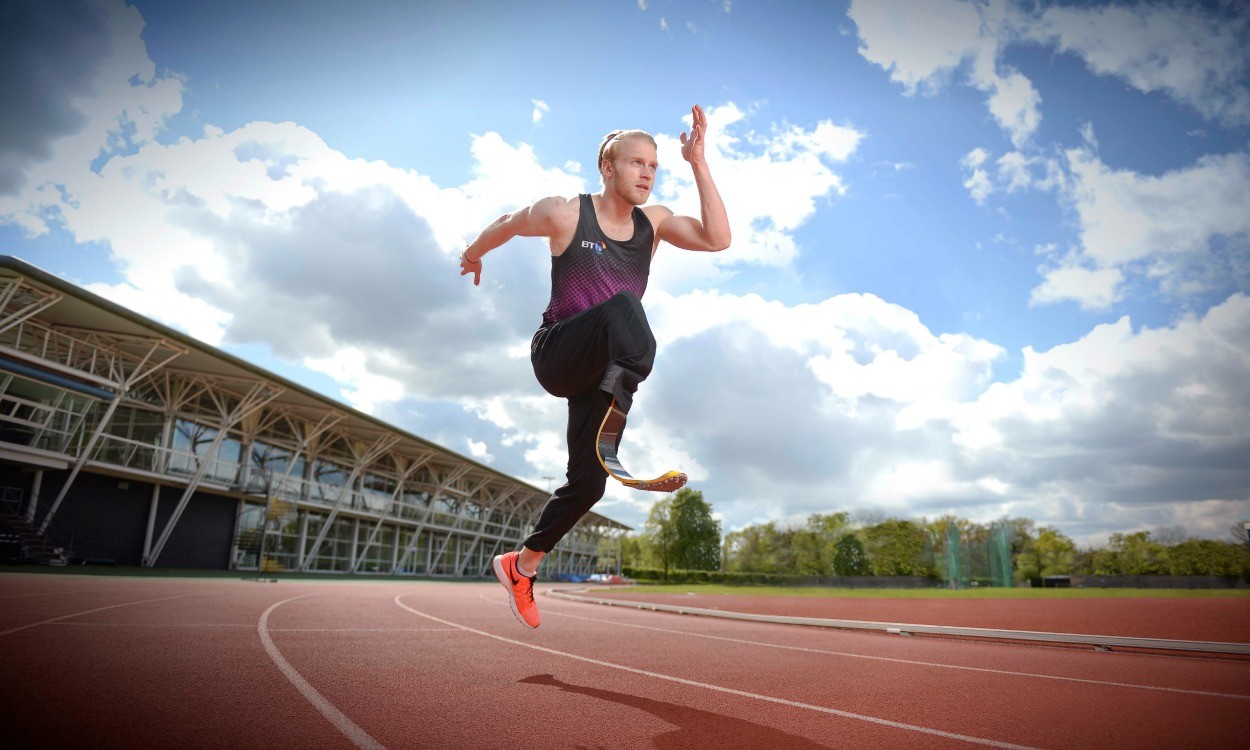 With six months to go until the Rio Paralympic Games, the London Paralympic champion looks ahead to this summer’s event

Since taking the Paralympic T44 100m crown at London 2012, Jonnie Peacock has risen to become one of ParalympicsGB’s biggest household names and he aims to replicate the feat in Rio this summer.

With now just six months to go until the start of the Paralympic Games, Peacock – who trains at the Loughborough HiPAC – is feeling confident.

“My training is going well and I am looking forward to heading to Rio where I hope to be able to retain my title,” he said. “It’s been a tough four years leading up to this and I haven’t set the fast times that I would have liked to, but I have been consistently getting better and believe that I am in better shape heading into Rio 2016 than I was before London 2012.”

At the start of 2012 Peacock was relatively unknown, yet reflecting on London, the 22-year-old remembers the moment he was able to silence 80,000 sports fans at the Olympic Stadium and then cause celebration as he took the title.

“Hearing the crowd chanting my name was amazing, and that will live with me forever,” he said. “I couldn’t have wished for better – the crowd was so behind us in London. However, in Rio it will be slightly different as we won’t have the home crowd support and the likes of Alan Oliveira will be the ones having the full support. But we really hope that the British people will come out and support us there.

“Rio is going to be the toughest Paralympics yet and having the support of the British public really helps us push ourselves in training and through the daily pain and discipline that goes into competing against and beating the best in the world.”

Peacock has also found that the support of brands, including his long-term relationship with British Paralympic Association founding partner, BT, has helped him with his development.

“Having BT’s support is a huge help to me and I wouldn’t be where I am without them,” he explained. “Their support was a major contribution towards my London 2012 gold medal and continues to be as I prepare to try to retain my title in Rio. BT is absolutely committed to disability sport. The fact that they are now also supporting the next-generation of Paralympic athletes, as well as myself, means the future of disability sport is secured.”

» Jonnie Peacock is a BT Ambassador. BT is a long-time supporter of disability sport in the UK and the founding partner to the British Paralympic Association