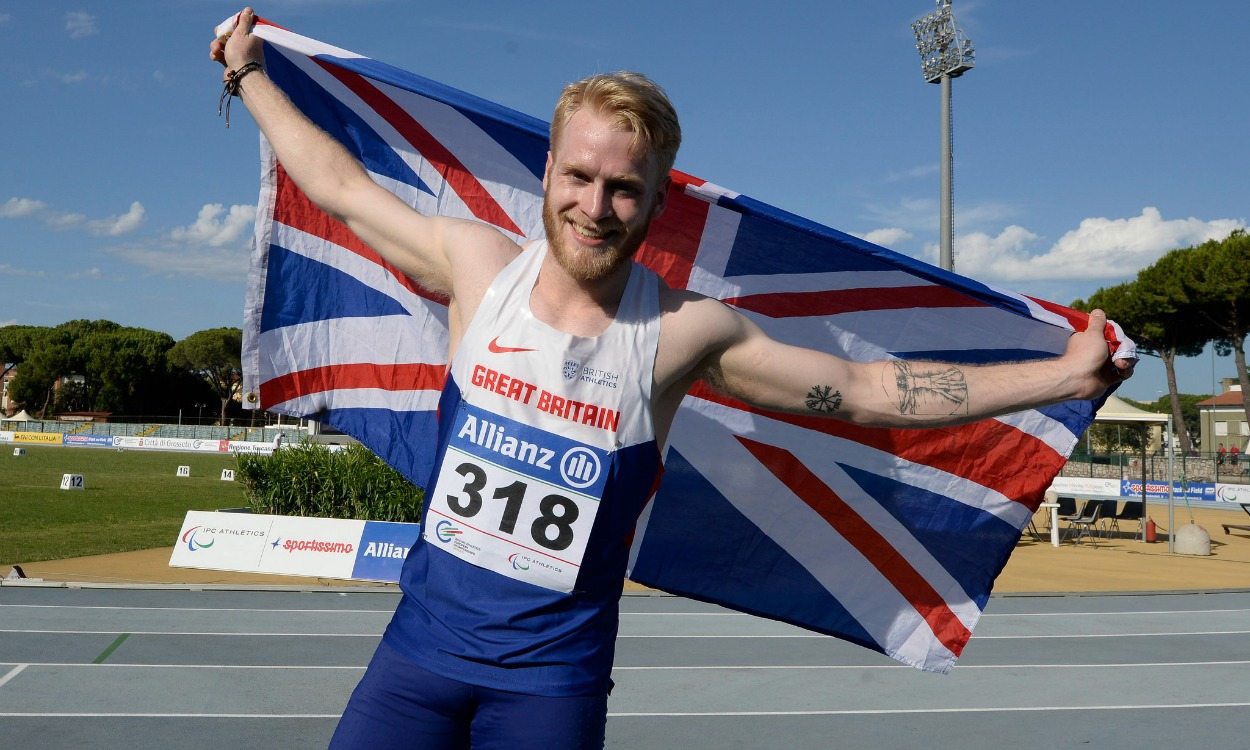 After a close battle with Germany’s Felix Streng, Peacock edged it in the final 10m with a time of 11.18 (-1.2) after running 10.88 in the heats during the morning session.

“It’s a final and it’s all about winning medals,” he said. “I was happy with my time in the heats this morning and it’s good to see I can do it when it matters. I want to be even faster but it is a great feeling to be European champion again. I’m healthy, I managed to finish strongly so I have to be happy heading back into training.”

Sophie Hahn won the T38 100m after picking up silver in the 200m earlier this week. Russia’s Margarita Goncharova had taken the honours in the 200m, but Hahn showed her class at the shorter distance and clocked a 12.87 (-1.4) championship record for victory.

Kadeena Cox was fourth in the same race, narrowly outside the medal places with a time of 13.62, and Olivia Breen was sixth in 13.82.

Georgie Hermitage completed a hat trick of gold medals in Grosseto with a 13.85 (-4.1) clocking in very windy conditions in the T37 100m which followed her world records in the 400m and 200m,.

“It means the world to come here and perform well,” she said. “It has been a hard few weeks mentally so it is a good and positive sign for me to deal with the pressure. I saw the time initially and was really disappointed but it was such a strong wind (-4.1) so I should be happy with that. 100m is always going to be my least favourite event but I’m glad to win the title.”

There was a second European title of the week for 16-year-old Maria Lyle and the fourth of her career as she set a T35 200m championship record of 29.91 (-2.2) in tricky conditions.

The T42 200m final saw Richard Whitehead take gold ahead of David Henson, who earned his first international medal. The wind did affect the times for the two Britons as they recorded 25.09 (-2.6) and 25.89 respectively.

Since winning Paralympic gold in the T53 100m at London 2012, Mickey Bushell has faced injuries and illness. However, he showed he is returning to top form as he won the European title in Italy with a championship record of 15.53 (-2.0) with training partner Mo Jomni bagging bronze in 16.20. Jomni later returned to the track in the T53 800m and claimed silver in 1:43.36.

There was further silver success for Richard Chiassaro in the T54 100m, while team co-captain Holly Neill led by example to take the bronze medal in the F40/41 discus throw.

F32 athlete Gemma Prescott set a championship record for silver with 21.08m, while Abbie Hunnisett, also an F32 athlete, claimed bronze with a first round best of 20.32m. Kylie Grimes was narrowly outside a medal on the Raza points scale and placed fourth.

Jordan Howe collected his second bronze medal of the week, this time in the T35 100m. Despite a slip out of the blocks, the Welshman retained his bronze medal from Swansea in a close final, clocking 13.13 (-2.1).