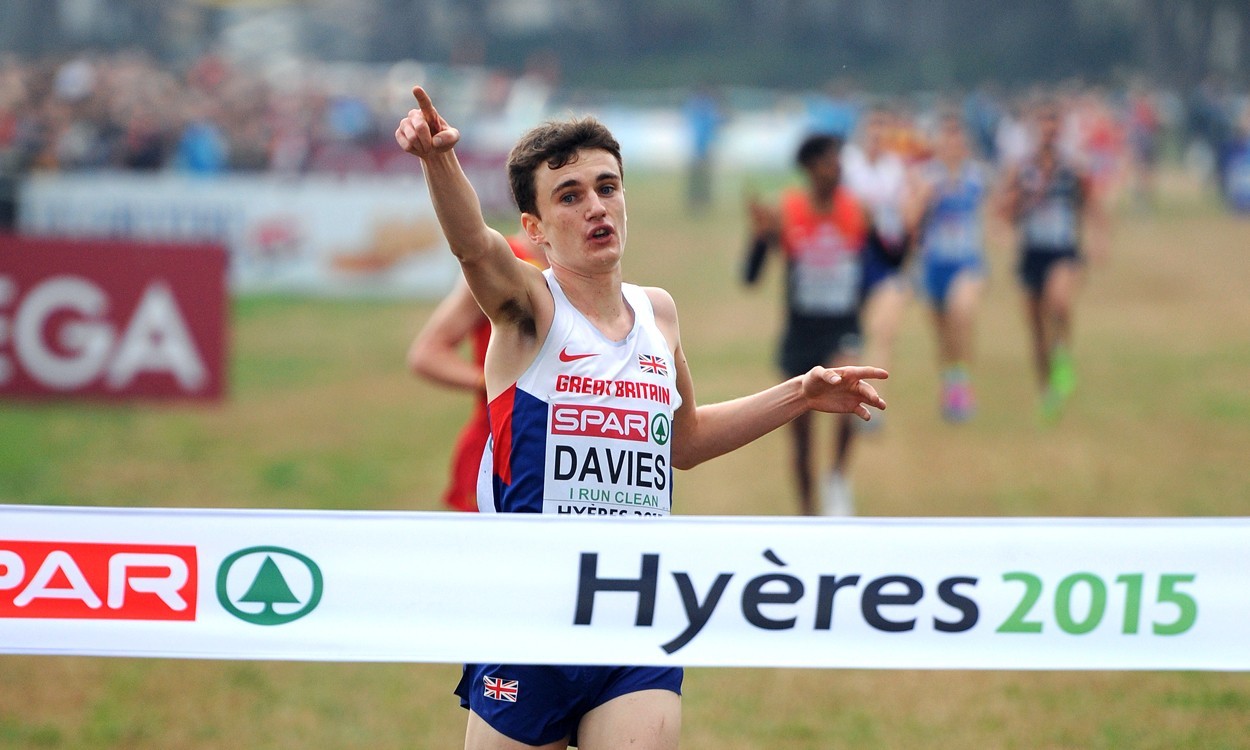 After his under-23 victory in Hyères, Jonathan Davies is eyeing the Olympics

European under-23 cross-country champion Jonathan Davies believes his maiden continental title has provided the perfect basis for a successful 2016.

Davies’ third appearance at the European Cross Country Championships finally bought him the medal he had been craving after finishing fourth in the junior race at Belgrade 2013 and suffering an injury-fraught build-up to his 30th placed finish at under-23 level in Samokov in 2014.

As a self-confessed track runner, the cross-country season in 2015-16 is very much seen by Davies as part of his preparation for this summer as he has a place in the Great Britain Rio Olympic squad for the 5000m on his mind.

“There’s nothing bigger than the Olympics, so to be running well and be in with a shout – albeit a stretch – of making that team and making the time is very exciting”

“There’s nothing bigger than the Olympics, so to be running well and be in with a shout – albeit a stretch – of making that team and making the time is very exciting.

“For me that’s the ultimate motivation. That’s been my main motivation since September when I started the cross-country season. Back then it may have been a bigger focus than the Euro squad.

“I think (the win) is a good starting place to build upon for 2016 and gives me a few more opportunities in terms of getting into a few races. Also in terms of getting a little more support, so I think it could be massive. With my aims looking towards getting the Rio time, it’s been pretty much invaluable.”