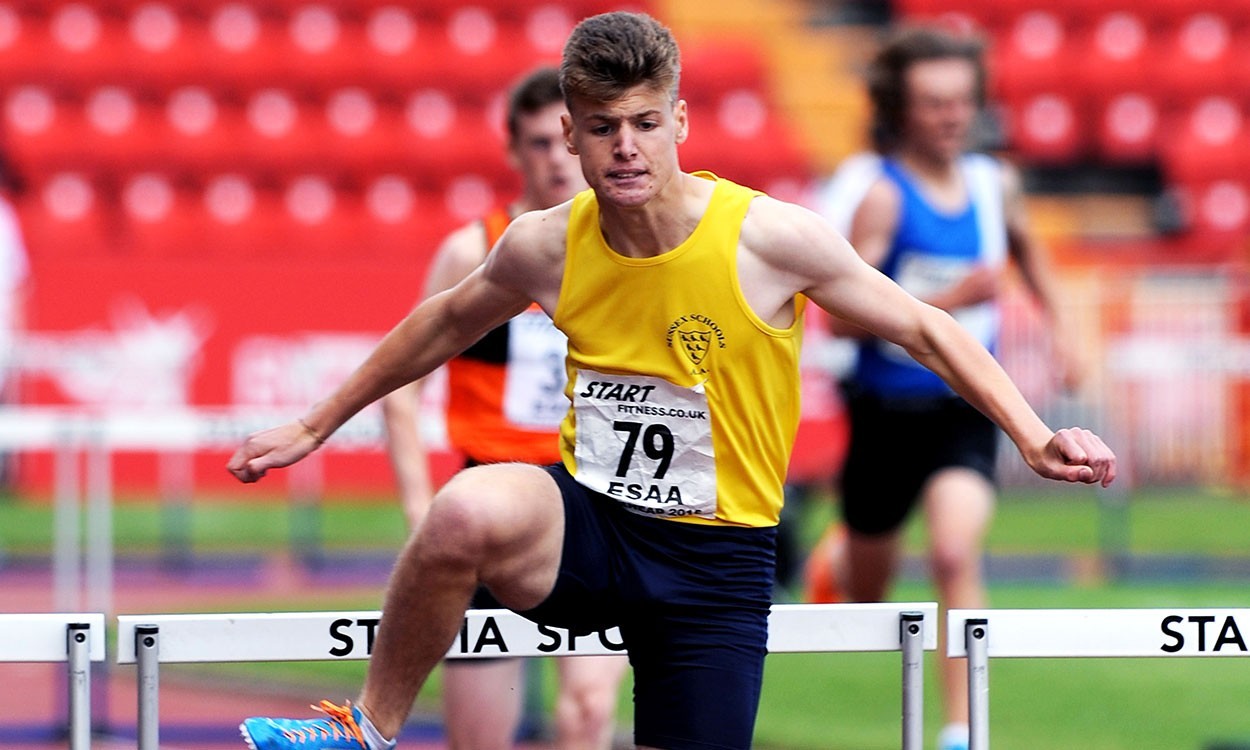 The 400m hurdler spoke to Emily Moss about his pre-race nutrition, 2015 successes and his hopes for the future

Having won all the national titles on offer to him this year, 400m hurdler Joe Fuggle reveals the secret to his success: a pre-race Nandos.

Just as Usain Bolt was famous for eating chicken nuggets before his first global titles, 16-year-old Joe admits that after training he often tucks into 20 nuggets and chips before getting the train home. Despite this, he has won gold medals at the English Schools, SIAB Schools International, England Athletics under-17 Championships and UK School Games this year.

However, before winning the England Athletics title in a PB 52.88 to take him to seventh on the UK all-time list for his age group, the talented Tonbridge athlete opted for another form of fast food.

He explains: “In the heat I ran the worst race of my life and came second in 57.07. I went back to my pre-race ritual, the ‘cheeky Nandos’, which in this instance knocked off 4.18 seconds. A Nandos before a big race works wonders for me.”

On a more serious note, Joe is clearly a talent and he credits his coach, David Hull, who first encouraged him into the one-lap hurdles event.

Speaking of his training partners, Joe says: “In my group we have a lot of banter. Luke Smallwood, my training partner, had an under-17 PB of 53.76, and for a while I was 0.01sec slower than him and one place below on the all-time list and that was just what he needed to pester me.

“Therefore, running 52.88 was the perfect way to shut him up and turn the tables. I am also known in the group for taking forever to do anything, especially warming up and changing my shoes.”

Joe has come a long way in 2015, improving his time by nearly three seconds. “Last year I came third in the English Schools and it was the best day of my life. This year I topped that on many occasions,” says Joe.

Reflecting on this year, he adds: “Overall I have been very happy, but it has had many ups and downs. Losing my first race of the season was a massive shock to me and I was hoping to gain selection for the Commonwealth Youths, but due to the early team selection and my late peak in form, I couldn’t do that.

“On the other hand, finishing the year tenth in Europe for the under-18 age group and second of those still under-18 next year was a huge surprise.”

He continues: “I was so pleased to win all of the national championships, have so much of an improvement and also gain my first international representation, which was definitely the highlight, although it was closely matched by winning the England under-17s and getting a ‘Leonard the lion!’”

Studying PE, psychology and business at Uplands Community College in Wadhurst in East Sussex, the ambitious athlete already has his sights set on making a smooth transition to under-20 level next year. He explains: “Year one is getting used to the new height hurdles, improving speed and strength, and working on a new stride pattern to increase speed between hurdles.

“My long term aim is to compete in the European or World Junior championships. However, next year my focus will be on getting selected for the inaugural under-18 European championships in Georgia and aiming to win a medal.”

You can find further performance stats on Joe on Power of 10 here.