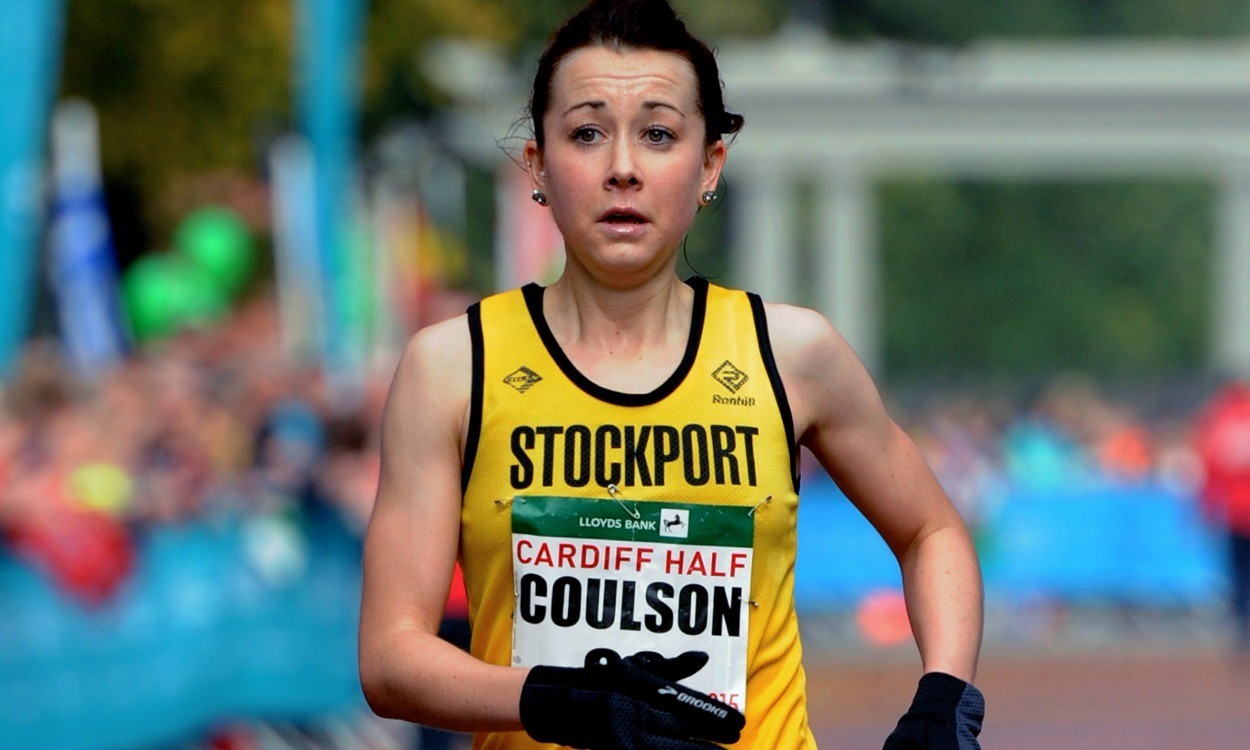 Injury forced Jessica Coulson to drop out mid-race on her marathon debut last year but the British half-marathon champion has taken it in her stride and is to step up again in London in April when places on the GB team for the Rio Olympics are up for grabs.

The 25-year-old had been well on course to better the Rio standard of 2:31 when she took on the marathon distance for the first time in Frankfurt last October. She passed half way in 74:24 and was still looking good at 30km before foot pain, which she later found out was a plantar fascia tear, caused her to pull out at 32km.

Now fully healed and back into her running routine, Coulson has set her sights on the Virgin Money London Marathon on April 24, which is the GB Rio marathon trial, for her next 26.2-miler as she hopes to secure selection to her first Olympic Games.

“The Olympics only come round every four years and I would like to give myself the best chance possible of making the team,” says Coulson, who balances her running with working full-time as a bone and muscle researcher. “I think that would be in the marathon over the 10,000m.

“I’m not saying I couldn’t do the time for the 10,000m but I think there’s a massive amount of girls that could do as well so realistically I might have a better shot at doing the marathon,” she adds.

“I think the marathon, I’d be going that way eventually as I get older and progress through my career, so why not now?”

The Stockport Harrier had enjoyed a positive build-up to the Frankfurt Marathon last year, setting personal bests over 10km and half-marathon in the lead-up, and she explains how injury struck her without warning.

“When it came to about half way I could feel something with my foot,” she says. “I wasn’t sure what it was but I carried on. Then I got to 32km and the pain was excruciating. I just couldn’t run any more.

“I had to pull out,” she adds. “That’s the first time I’ve ever pulled of a race, which was obviously devastating for me, and I was feeling so good at the time as well. The distance wasn’t bothering me, I was feeling good.”

There is something to be taken from every race, though, and Frankfurt did give Coulson – who had been running with Germany’s Lisa Hahner before she dropped out – a good indicator that the British Olympic marathon qualifying standard of 2:31 is well within reach.

“Lisa went on to run 2:28:39, so I think I would have been in the same region as that because I was tracking her every footstep and feeling good,” says Coulson. “That to me indicates that I am capable of running under the qualifying time which is a positive thing for me to have taken away.”

“That’s the first time I’ve ever pulled of a race, which was obviously devastating for me, and I was feeling so good at the time as well. The distance wasn’t bothering me, I was feeling good”

The top two eligible athletes at the trial in London will be automatically nominated for GB’s Rio team, providing they have also achieved the qualifying time. The battle for Olympic places will be fierce with athletes including Sonia Samuels and Alyson Dixon, who both already have the standard thanks to their respective personal best times of 2:28:04 and 2:29:30 at the Berlin Marathon last September, plus Freya Ross, Louise Damen, Susan Partridge and Charlotte Purdue also among those set to be running in the British capital.

“There’s obviously a massive high calibre and a number of experienced British athletes,” says former Brooks athlete Coulson, who is now currently looking for a sponsor. “I think in a way it’s good that there is a lot of us there because sometimes in the elite field it can feel a bit isolated but obviously if there’s quite a lot of us running for the same time it might help everyone run that bit faster and encourage the competitiveness.

“I just want to give it a go really and see what happens on the day. Sonia and Aly have done the time already but I’ve never raced them over a marathon obviously, because I’ve never completed one, so it’s all new to me.

“I’d like to think that I’ve got a good shot at it but I’m not saying that it’s going to be easy at all.”

Before London, Coulson has the World Half Marathon Championships in Cardiff in March to work towards.

“I won the trial back in October so I’m sort of half guaranteed selection but I need to prove form,” she says. “Hopefully if I can get a race in mid or end February and show form then I’ll go to that and that will be a good target for me.”