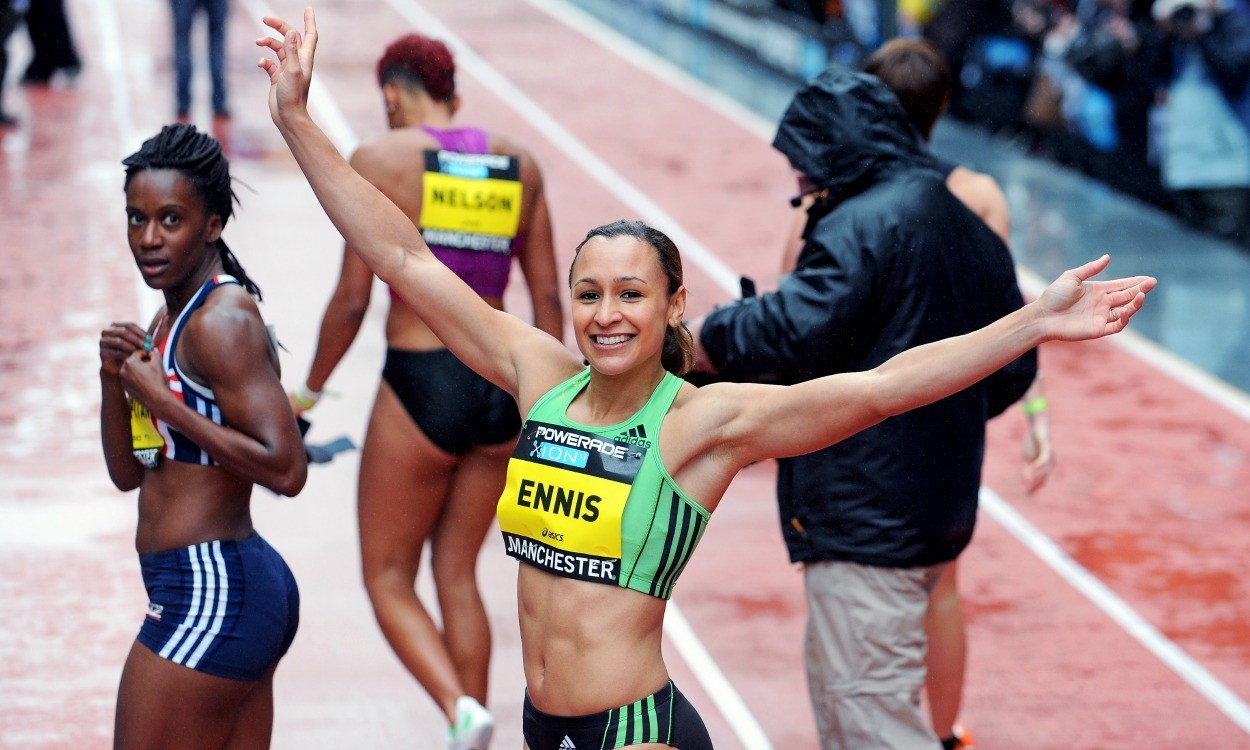 Olympic heptathlon champion due to compete against Sally Pearson, Brianna Rollins, Tiffany Porter and Lucy Hatton over the barriers at the Alexander Stadium

Jessica Ennis-Hill has announced her intention to compete at the Sainsbury’s Birmingham Grand Prix on June 7.

The Olympic heptathlon champion, who is due to contest her first heptathlon since London 2012 at the Gotzis Hypo-Meeting at the end of this month, is planning to compete in both the 100m hurdles and shot put at the Alexander Stadium.

In the 100m hurdles the 29-year-old is set to face a top line-up including the likes of Australia’s Olympic champion Sally Pearson, USA’s world champion Brianna Rollins, British record-holder and European champion Tiffany Porter and Lucy Hatton, who stormed to European indoor 60m hurdles silver for GB in Prague in March.

“I am really excited to be in a position to announce my participation in the Sainsbury’s Birmingham Grand Prix – I feel that my season is really beginning to take shape,” said Ennis-Hill, who returned to competitive action at the Athletics Weekly Great CityGames Manchester earlier this month after almost two years out, following injury and then the birth of her son, Reggie, last year.

In Manchester she clocked 13.14 for third in the 100m hurdles behind Porter and Hatton, while she continued her comeback at last weekend’s Loughborough International where she leapt 6.16m in the long jump and threw 43.88m in the javelin.

“I am loving being back competing – it is such a good feeling and I have had some incredible support from the public who have come to watch,” added Ennis-Hill.

“The crowds are always amazing at the Alexander Stadium and I am hoping there will be a really good turn out on 7th June to help me along!”

The Birmingham Grand Prix forms part of the IAAF Diamond League series and is the fifth of the 14 meetings.