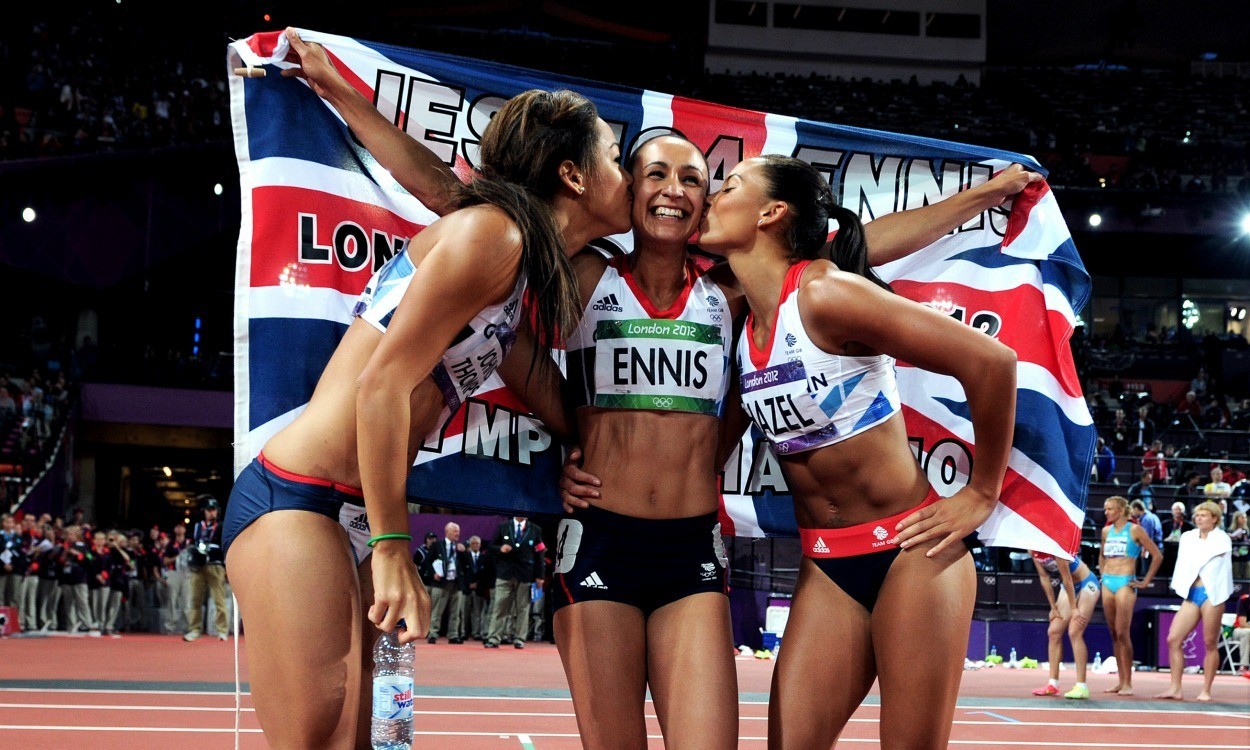 Jessica Ennis-Hill has said she’s sure the heptathlon will continue to be a strong event in Britain for many years to come, thanks to the likes of her ‘rivals’ Katarina Johnson-Thompson and Morgan Lake.

The Olympic heptathlon champion is due to give birth to her first child in July and is eyeing a return to competition in 2015 ahead of her main goal of defending her Olympic gold at Rio 2016.

But she knows it won’t be easy, particularly as she could now also face a strong domestic challenge from the likes of 21-year-old Johnson-Thompson, who seems set for a big summer following her British high jump record at the British Championships in February and her world indoor long jump silver in Poland in March.

“It’s great to see Kat and Morgan performing so well and having a great season,” said Ennis-Hill, with Lake – at just 17 years of age – having cleared a UK junior high jump record height of 1.93m recently, a mark just 3cm off Johnson-Thompson’s record best.

“It definitely makes me want to get back out there and see what I’m capable of doing once I’ve had the baby.

“For me and my coach Rio is the main focus, but I do want to get back into some competitive action next summer.”

Having suffered with injury in 2013, Ennis-Hill has not competed in a full heptathlon since the London 2012 Olympics and although she says she has considered switching to the 100m hurdles, her main goal is still to be part of Britain’s future in multi-events.

“The amazing thing about the heptathlon is it has been such a strong event for Britain for such a long time and now it’s going to be a strong event for many years to come,” explained the 28-year-old, speaking at the launch of the new eight-event Vitality Run Series.

“Morgan is only 17, she’s got a long time left in athletics and in the heptathlon, as has Kat. It’s really good to see that it’s going to be a strong event for many years.”

On the threat the pair might pose to her, Ennis-Hill added: “I think they are both going to be big rivals, definitely. Just seeing what Kat did in the indoors – it will be great to see what she does at the Commonwealth Games because I think she has got a really good chance of winning that.

“And Morgan, she’s got a long time to develop as an athlete but she’s been so successful already. They’re both really great athletes.”

Ennis-Hill, who has continued low-level training throughout her pregnancy, had joked in the past about feeling a ‘bit old’ in comparison to her younger rivals, Lake having broken Johnson-Thompson’s British youth best with 5896 points as a 16-year-old in her first ever senior heptathlon last month.

“We’re all at different stages of our career and that’s good to see in our sport,” she said. “Hopefully I’ve got a few more years left in me yet!”