Jess Andrews: Nobody knew or cared who I was 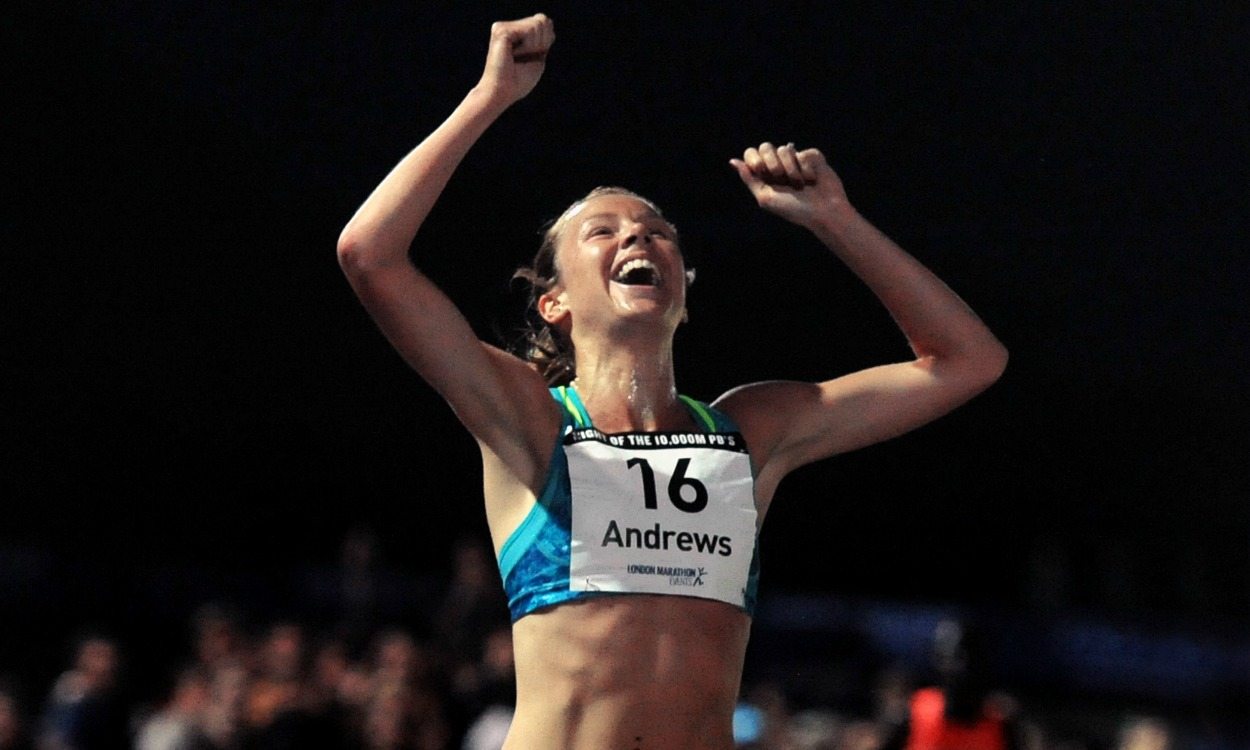 Free of stress and pressure, Jess Andrews’ surprise emergence as a star of British distance running came as no shock to her or her coach

Barely 48 hours previous only those truly hardcore followers of athletics in Great Britain could honestly say they were fully aware of the Aldershot, Farnham & District athlete, let alone be backing her for victory.

The 23-year-old had donned the GB jersey two and a half years ago, representing her country in the European Cross Country Championships at under-23 level along with the likes of Kate Avery, Laura Weightman and Charlotte Purdue.

But to many Andrews was an unknown entity at the Highgate Harriers Night of the 10,000m PBs Olympic trial where on May 21, in just her second ever track 10,000m, her 31:58 win dipped 83 seconds inside her personal best, 17 seconds inside the Rio qualifying mark and four ahead of Kenya’s 2009 world champion Linet Masai.

“I think that was why I was so lucky,” said Andrews, fully aware that the public’s interest had been largely focused upon the return of the 42-year-old European champion and four-time Olympian Jo Pavey. “I had absolutely no pressure at all.

“All I could do was run as hard as I can. If that meant I’d run 33 minutes or I’d win the race, I knew that if I ran as hard as I could I would be happy in myself.

“That’s what I did and luckily it worked out very well. I was on the start line with the least stress out of everyone.”

While Andrews was considered a rank outsider to many of those watching the trials, she became aware of her own potential six weeks before after making her 10,000m debut in Portugal, clocking 33:21.53 just days after falling ill.

Andrews may have only begun to realise her potential in the weeks building up to the trials but her coach Josep Carballude, whom she has trained with since May 2015 after spending months self-coached, was well aware of her dormant Olympic potential some 11 months earlier.

“When I first met him he said ‘Jess, you can make Rio’,” she recalled. “At first I thought it was a joke but obviously now I’m here he was being deadly serious. From November to where I am today he’s just worked so hard.

“I knew what capability I had and my coach knew. Lily [Partridge] my best friend knew because I’d been telling her about my training. But nobody else knew and nobody else cared.”

Two years ago Andrews’ disillusionment with her running resulted in her relocating from Surrey to Andorra to live with her fiancé Dan Martin, a professional cyclist from Ireland who she met on a training running in Sierra Nevada, and she now splits her time between her home in the Pyrenees principality and Girona, where she trains with a local running group under Carballude’s guidance.

Despite never officially taking time away from the sport, Andrews’ frame of mind, combined with the usual injuries distance runners have to contend with, meant that from May 2014 through to July 2015 she competed on just six occasions.

“I was so stressed and standing on the start line stressing about results and what’s going to happen and what people are thinking about me,” Andrews said.

“I got so overwhelmed by everything that it just got too much. When I stood on the start line [at the trials] I learned that I stand on a start line of any race, no matter who is in there, and I think I can only do my best. That’s what I was lacking before.

“I wouldn’t say I was depressed but I just had a really, really bad time with running. I was in a very bad place with it. That year of not taking it seriously was probably one of the best years of my life because – it sounds cheesy – I really found out who I was as a person.”

In contrast to pounding round repetitive laps of a tartan track in Surrey, Andrews finds herself training in more picturesque and ultimately more motivating settings, be it round the Andorran mountains or down on the Catalan coast in Palomas.

However, Andrews says the true driving force behind her rebirth has been Martin, a Tour de France stage-winning cyclist who has Olympic aspirations of his own and, so far, the one who boasts the bigger page on Wikipedia.

Not that it bothers Andrews. “I’ll let him have a bigger Wikipedia page,” she said. “Dan is my inspiration and someone who has believed in me and looked after me so much. He can keep his career bigger than mine.”