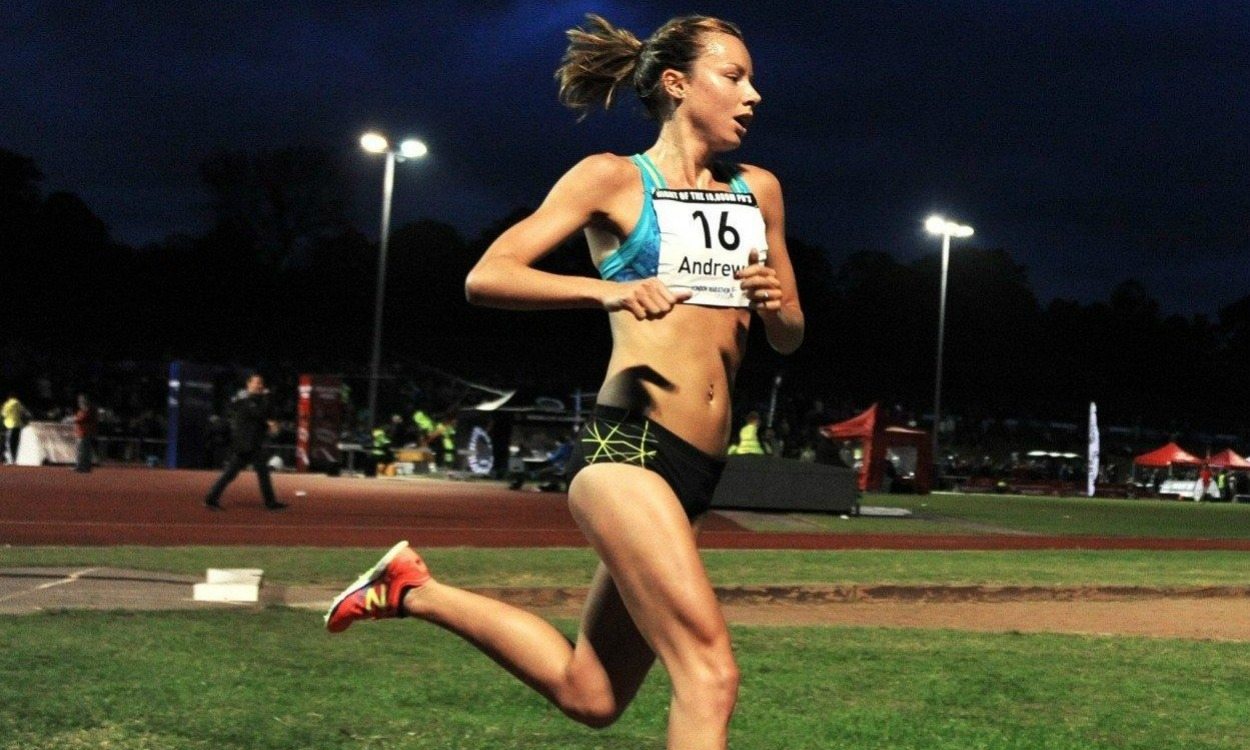 Andrews smashes PB with shock Rio qualifier in Highgate as Potter cements her place too, but there is disappointment for Jo Pavey and Andy Vernon

Jess Andrews emerged from the ranks of big outsider to win the women’s race at the Highgate Harriers Night of the 10,000m PBs in north London on Saturday evening, securing her place on the team for the Olympics.

In front of thousands of enthusiastic fans of endurance running, who lined the track from lane three outwards, the Spain-based athlete took a major leap forward in class as she clocked 31:58.00 to beat 2009 world champion Linet Masai of Kenya, who ran 32:02.48. Beth Potter, who was third in 32:05.37 to just miss her PB, also gained an automatic place in Brazil as she was the second British athlete to finish. She already had the qualifying time and backed that up with another sub-32:15 clocking.

In the men’s race, which was also run in mild conditions after the earlier wind had died down, winner Ross Millington (28:28.20) and Dewi Griffiths were the first two Brits but neither have gained the mark for Rio. Andrew Vernon, who has the qualifying time from last year, could have secured an automatic place with a top-two but he was third Brit in just 28:48.8*.

Andrews joined long-time leader Masai at the front with three laps remaining and she pulled clear of the Kenyan over the last 40om with a split of 71 seconds.

Next behind Portugal’s Salome Rocha was Kate Avery, who like Potter already had the standard going into the race. Avery’s 32:11.84 showed good form and she will have to see if she has done enough to impress selectors or if the European Championships is to be a consolation.

However, Jo Pavey, who won here two years ago to set herself up for the European title, will seemingly have to focus on the 5000m if she is to make her fifth Olympics at the age of 42. She was on target for the Rio standard past halfway but after a recent illness was just 10th in 33:27.76.

Andrews made little impact on the race early on as she inconspicuously but amazingly went under her outdoor PBs for both 3000m and 5000m at the start – only to later go even quicker. However, as Masai and eventual dropout Sabrina Mockenhaupt of Germany went through halfway in 16:00, she was up with the chasing group of six in 16:07.

The men’s race was also an interesting contest. Millington and Griffiths caught long-time leader Juan Antonio Perez of Spain with five laps to go and the eventual winner edged away over the 24th lap.

Millington’s time was 3.2 seconds outside the European Championships qualifying time and behind the Spaniard Griffiths came in with 28:34.4. When it comes to Rio, the fate of Vernon, who was rarely in touch with the leaders, hangs firmly in the balance after he controversially missed out on selection for the World Championships last year.

* Some electronic times yet to be confirmed.