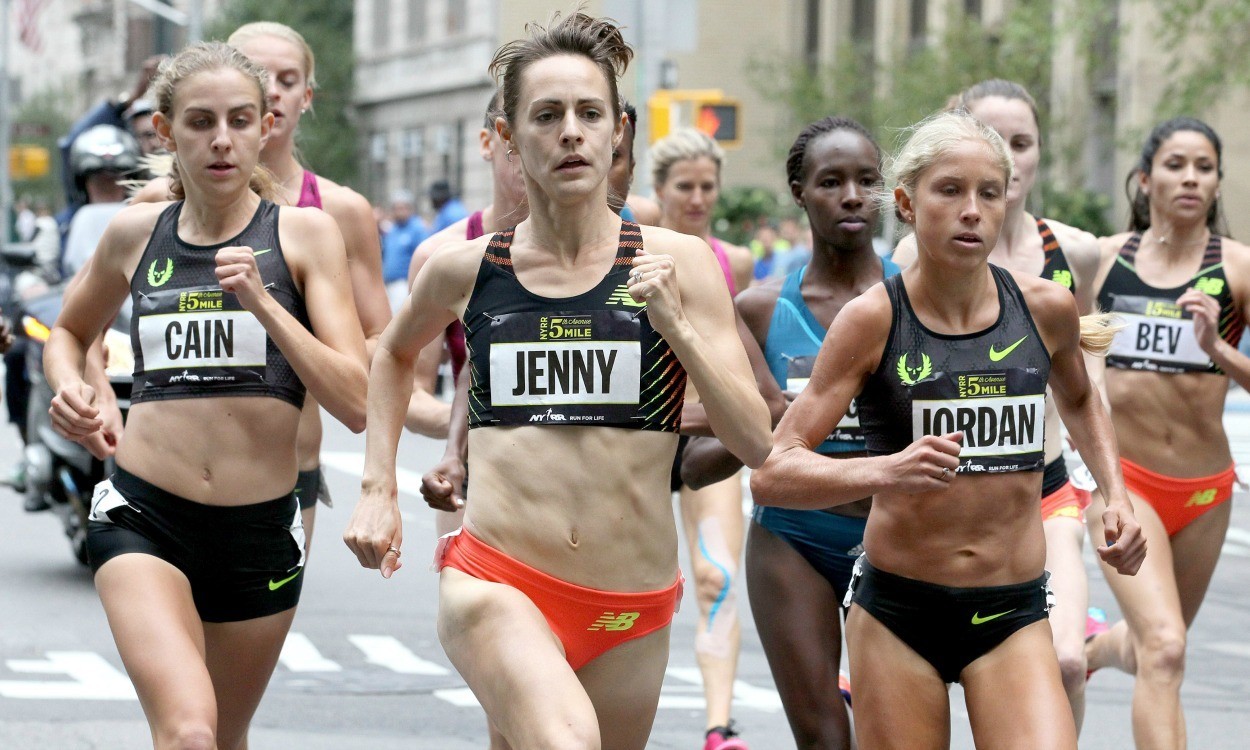 Simpson, who earlier this year clocked a 1500m PB of 3:57.22 and is the best in the world over the distance at the moment, was an early leader and with 200m to go she developed a three metre advantage on the rest of the leading pack. But Brenda Martinez wasn’t willing to make things completely smooth-running for her fellow American and pushed Simpson, sitting on her shoulder but getting no further as the reigning Diamond League 1500m champion crossed the line in 4:19.4 for the sixth-fastest time in the event’s history and two-tenths of a second ahead of Martinez.

“I knew to save one final push for the last two blocks,” said Simpson. “This event is feeling like a tradition to me and I hope to be back.”

Ireland’s Ciara Mageean, who returned to action this year after two years out through injury, was the next over the line in 4:21.2. Race regular Hannah England and her fellow British runner Laura Weightman finished seventh and 11th with respective times of 4:23.1 and 4:26.9, England matching the time she ran when finishing third in the 2011 edition of the event and Weightman taking nine seconds off her best for the distance on the road.

McNamara proved the strongest in a sprint finish in the men’s race. With Kenyans Augustine Choge and Lawi Lalang pushing the pace early on, Lalang led at the halfway point with McNamara’s fellow American Matthew Centrowitz on his shoulder. It was Garrett Heath who made a move with a quarter of a mile to go but he was just pipped to the line, the Americans both recording 3:51.0 as an Irish athlete again got the third place spot – Paul Robinson clocking 3:51.1.

“I tried to time it right,” said McNamara. “Once you get excited, cool things can happen.”