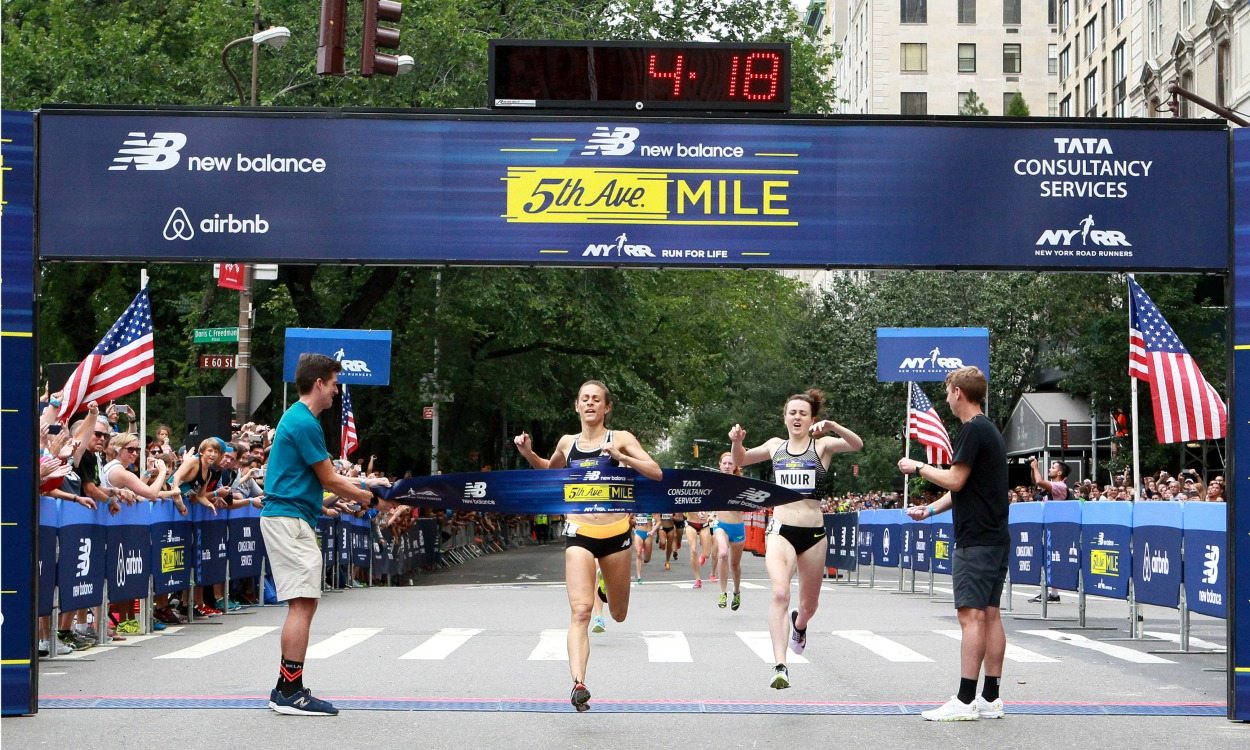 Simpson edged out Britain’s Laura Muir to take her fifth victory in the classic road mile event, while Jenkins caused a surprise when he sped past Olympic 1500m champion Matt Centrowitz in the closing metres.

Simpson and Muir were tired from their Olympic campaigns and races in Europe in recent days, but the American clocked a fine 4:18.3 to beat Muir’s 4:18.5 while Heather Kampf was third in 4:19.8 and Britons Eilish McColgan and Alison Leonard finished 12th and 14th respectively.

“I’m so tired but I wanted to run the fastest time I could down 5th Avenue and I did it. New Balance owns the 5th Avenue!” said Simpson.

A number of Britons have won this famous race over the years, but the last winners are Andy Baddeley and Lisa Dobriskey, while the course record of 3:47.52 survived another year. Remarkably it was set by Sydney Maree during the inaugural race back in 1981.

In Europe, at the ISTAF meeting in Berlin, David Rudisha and Caster Semenya enjoyed good 800m victories – Rudisha clocking 1:43.31 in his final 800m of the season before he steps down to 500m at next weekend’s Great North CityGames, while Semenya ran 1:55.68 as Britain’s Lynsey Sharp was fifth in 1:58.31.

There were more fine performances elsewhere in Berlin from British athletes. David Omoregie ran a PB of 13.24 to beat Frenchman Pascal Martinot-Lagarde in the 110m hurdles. In the women’s long jump, Jazmin Sawyers leapt 6.62m to beat a field that included Olympic champion Tianna Bartoletta of the United States.

» For more photos, results and reports, see the September 8 issue of Athletics Weekly